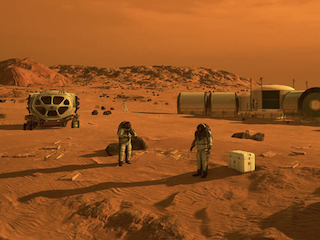 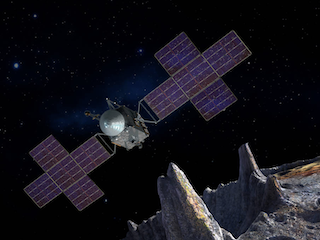 NASA's Psyche Mission Has a Metal World in Its Sights

A study involving scientists from the European Space Agency (ESA), the German Aerospace Center (DLR), NASA's Jet Propulsion Laboratory and Sapienza Università di Roma, Rome, Italy has now solved the mystery of how Ceres’ gigantic volcanic dome, Ahuna Mons, was formed. Using gravity measurements obtained by NASA's Dawn mission, the authors showed that an ascending plume made of a mixture of salty water and rock rose from within the dwarf planet. Once that material erupted onto the surface, it formed a mountain 2.5 miles (4 kilometers) high and 10.5 miles (17 kilometers) wide. While this process occurred at very cold temperatures on Ceres, probably below 32 degrees Fahrenheit (0 degrees Celsius), it is similar to plumes of magma forming volcanoes on Earth.

more resources ›
The "Exploring Hell: Avoiding Obstacles on a Clockwork Rover" challenge is seeking the public's designs for a sensor that could be incorporated into the design concept.

NASA Selects Four Possible Missions to Study the Secrets of the Solar System
Data from NASA’s New Horizons mission are providing new insights into how planets and planetesimals – the building blocks of the planets – were formed.