Jupiter has a long history of surprising scientists – all the way back to 1610 when Galileo Galilei found the first moons beyond Earth. That discovery changed the way we see the universe.

Fifth in line from the Sun, Jupiter is, by far, the largest planet in the solar system – more than twice as massive as all the other planets combined.

Jupiter's familiar stripes and swirls are actually cold, windy clouds of ammonia and water, floating in an atmosphere of hydrogen and helium. Jupiter’s iconic Great Red Spot is a giant storm bigger than Earth that has raged for hundreds of years.

Ten Things to Know About Jupiter
1

Fifth Planet from Our Star

Jupiter orbits about 484 million miles (778 million kilometers) or 5.2 Astronomical Units (AU) from our Sun (Earth is one AU from the Sun).

Jupiter rotates once about every 10 hours (a Jovian day), but takes about 12 Earth years to complete one orbit of the Sun (a Jovian year).

Jupiter is a gas giant and so lacks an Earth-like surface. If it has a solid inner core at all, it’s likely only about the size of Earth.

Jupiter's atmosphere is made up mostly of hydrogen (H2) and helium (He).

Jupiter has more than 75 moons.

In 1979 the Voyager mission discovered Jupiter’s faint ring system. All four giant planets in our solar system have ring systems.

Nine spacecraft have visited Jupiter. Seven flew by and two have orbited the gas giant. Juno, the most recent, arrived at Jupiter in 2016.

Jupiter cannot support life as we know it. But some of Jupiter's moons have oceans beneath their crusts that might support life.

Jupiter's Great Red Spot is a gigantic storm that’s about twice the size of Earth and has raged for over a century.

The biggest planet in our solar system, Jupiter also has a large presence in pop culture, including many movies, TV shows, video games, and comics. Jupiter was a notable destination in the Wachowski siblings’ science fiction spectacle "Jupiter Ascending," while various Jovian moons provide settings for "Cloud Atlas," "Futurama," "Power Rangers," and "Halo," among many others. In the movie "Men in Black" when Agent J – played by Will Smith – mentions he thought one of his childhood teachers was from Venus, Agent K – played by Tommy Lee Jones – replies that she is actually from one of Jupiter’s moons. 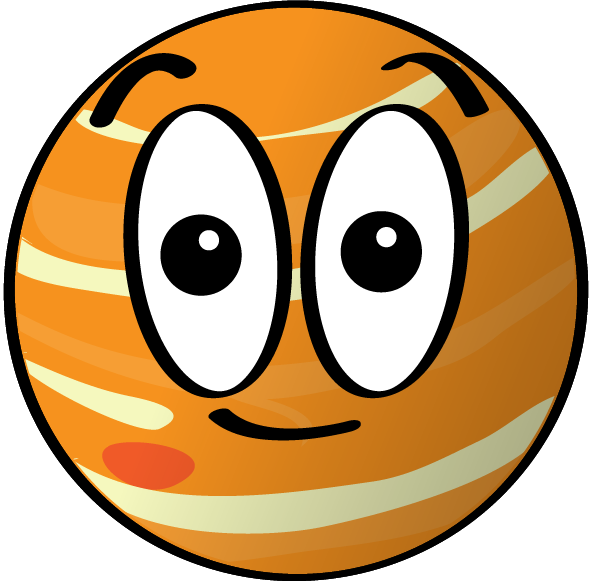 Jupiter is the biggest planet in our solar system. It's similar to a star, but it never got big enough to start burning.

Jupiter is covered in swirling cloud stripes. It has big storms like the Great Red Spot, which has been going for hundreds of years.

Jupiter is a gas giant and doesn't have a solid surface, but it may have a solid inner core about the size of Earth. Jupiter also has rings, but they're too faint to see very well.

Galileo was the first spacecraft to orbit Jupiter.

This page showcases our resources for those interested in learning more about Jupiter.

10 Things: Dust in the Wind (on Mars and Well Beyond)
On April 9, 2022, the JunoCam instrument captured what it would look like to ride along with the Juno spacecraft.

Juno Skims the Cloud Tops of Jupiter
A new study finds the speed of sound is slower on Mars and that, mostly, a deep silence prevails.

NASA's Perseverance Rover Hightails It to Martian Delta
Science instruments and other hardware for the spacecraft will come together in the mission’s final phase before a launch to Europa in 2024.

A View of the Red Planet (in Blue)
A new study finally reveals higher-frequency X-rays and explains why they eluded another mission 30 years ago.

NASA's MRO Finds Water Flowed on Mars Longer Than Previously Thought
Europa Clipper will need to know its orientation while traveling from Earth to Jupiter and in orbit around Jupiter. To accomplish this, it will use the stars.

Are Water Plumes Spraying from Europa? NASA's Europa Clipper is on the Case
An artistic interpretation of Curiosity’s view high up on a Martian mountain was created by mission team members.