Venus is the second planet from the Sun and our closest planetary neighbor. Similar in structure and size to Earth, Venus spins slowly in the opposite direction from most planets. Its thick atmosphere traps heat in a runaway greenhouse effect, making it the hottest planet in our solar system with surface temperatures hot enough to melt lead. Glimpses below the clouds reveal volcanoes and deformed mountains.

Venus is named for the ancient Roman goddess of love and beauty, who was known as Aphrodite to the Ancient Greeks.

Venus' rotation and orbit are unusual in several ways. Venus is one of just two planets that rotate from east to west. Only Venus and Uranus have this "backwards" rotation. It completes one rotation in 243 Earth days — the longest day of any planet in our solar system, even longer than a whole year on Venus. But the Sun doesn't rise and set each "day" on Venus like it does on most other planets. On Venus, one day-night cycle takes 117 Earth days because Venus rotates in the direction opposite of its orbital revolution around the Sun.

With an axial tilt of just 3 degrees, Venus spins nearly upright, and so does not experience noticeable seasons.

Venus is in many ways similar to Earth in its structure. It has an iron core that is approximately 2,000 miles (3,200 kilometers) in radius. Above that is a mantle made of hot rock slowly churning due to the planet's interior heat. The surface is a thin crust of rock that bulges and moves as Venus' mantle shifts and creates volcanoes.

When the solar system settled into its current layout about 4.5 billion years ago, Venus formed when gravity pulled swirling gas and dust together to form the second planet from the Sun. Like its fellow terrestrial planets, Venus has a central core, a rocky mantle and a solid crust. 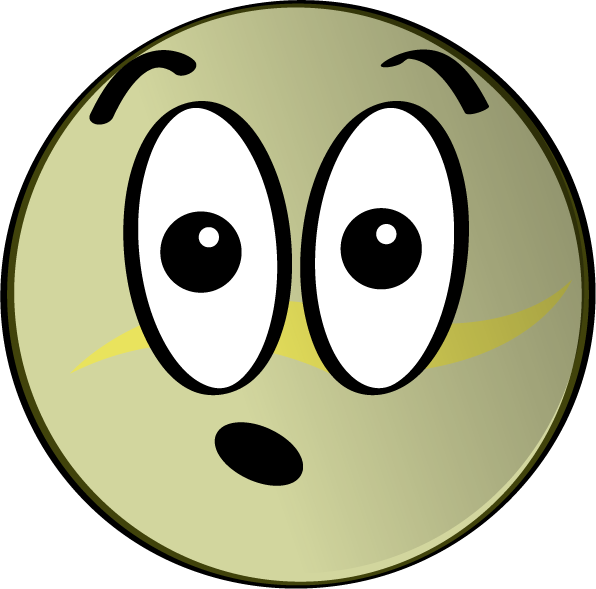 Even though Venus isn't the closest planet to the Sun, it is still the hottest. It has a thick atmosphere full of the greenhouse gas carbon dioxide and clouds made of sulfuric acid. The atmosphere traps heat and keeps Venus toasty warm. It's so hot on Venus, metals like lead would be puddles of melted liquid.

Venus looks like a very active planet. It has mountains and volcanoes. Venus is similar in size to Earth. Earth is just a little bit bigger.

Venus is unusual because it spins the opposite direction of Earth and most other planets. And its rotation is very slow.

NASA Space Place: All About Venus ›

From space, Venus is bright white because it is covered with clouds that reflect and scatter sunlight. At the surface, the rocks are different shades of grey, like rocks on Earth, but the thick atmosphere filters the sunlight so that everything would look orange if you were standing on Venus.

Venus has mountains, valleys, and tens of thousands of volcanoes. The highest mountain on Venus, Maxwell Montes, is 20,000 feet high (8.8 kilometers), similar to the highest mountain on Earth, Mount Everest. The landscape is dusty, and surface temperatures reach a scalding 880 degrees Fahrenheit (471 degrees Celsius).

Venus is covered in craters, but none are smaller than 0.9 to 1.2 miles (1.5 to 2 kilometers) across. Small meteoroids burn up in the dense atmosphere, so only large meteoroids reach the surface and create impact craters.

Almost all the surface features of Venus are named for noteworthy Earth women — both mythological and real. A volcanic crater is named for Sacajawea, the Native American woman who guided Lewis and Clark's exploration. A deep canyon is named for Diana, Roman goddess of the hunt.

Venus' atmosphere consists mainly of carbon dioxide, with clouds of sulfuric acid droplets. The thick atmosphere traps the Sun's heat, resulting in surface temperatures higher than 880 degrees Fahrenheit (470 degrees Celsius). The atmosphere has many layers with different temperatures. At the level where the clouds are, about 30 miles up from the surface, it's about the same temperature as on the surface of the Earth.

As Venus moves forward in its solar orbit while slowly rotating backwards on its axis, the top level of clouds zips around the planet every four Earth days, driven by hurricane-force winds traveling at about 224 miles (360 kilometers) per hour. Atmospheric lightning bursts light up these quick-moving clouds. Speeds within the clouds decrease with cloud height, and at the surface are estimated to be just a few miles per hour.

On the ground, it would look like a very hazy, overcast day on Earth. And the atmosphere is so heavy it would feel like you were 1 mile (1.6 kilometers) deep underwater.

Even though Venus is similar in size to the Earth and has a similarly-sized iron core, Venus' magnetic field is much weaker than the Earth's due to Venus' slow rotation. ​

Venus has no rings.

Venus has no moons.

No human has visited Venus, but the spacecraft that have been sent to the surface of Venus do not last very long there. Venus' high surface temperatures overheat electronics in spacecraft in a short time, so it seems unlikely that a person could survive for long on the Venusian surface.

There is speculation about life existing in Venus' distant past, as well as questions about the possibility of life in the top cloud layers of Venus' atmosphere, where the temperatures are less extreme. What Are NASA's Lucky Peanuts?
The next full Moon will be early Saturday morning, Feb. 27 at 3:17 AM EST. The Moon will appear full from Thursday night through Sunday morning.

The Next Full Moon is the Snow, Storm, and Hunger Moon
What to expect when the Mars 2020 Perseverance rover arrives at the Red Planet on Feb. 18, 2021.

NASA's Next Mars Rover Is Ready for the Most Precise Landing Yet
This page showcases our resources for those interested in learning more about Venus.

Venus Resources
They focus on our star, but three of NASA’s Sun-watching spacecraft have also captured unique views of the planets.

Unique Solar System Views from Sun-Watching Spacecraft
A planet in an unlikely orbit around a double star 336 light-years away may offer a clue to a mystery closer to home: the hypothesized "Planet Nine."

Hubble Pins Down Weird Exoplanet with Far-Flung Orbit
The next full Moon will be on Thursday afternoon, Oct. 1, 2020. The Moon will appear full from Wednesday morning through Saturday morning.

August 2020: The Next Full Moon is the Sturgeon Moon
NASA's Perseverance Mars rover has been attached to the rocket that will send it to the Red Planet this summer.

NASA's InSight Flexes Its Arm While Its 'Mole' Hits Pause
NASA's Curiosity Mars rover has started a road trip that will continue through the summer across roughly a mile (1.6 kilometers) of terrain.

Curiosity Mars Rover's Summer Road Trip Has Begun
A device called SHERLOC will help the next Mars rover detect chemicals linked to the existence of life.

Device to Help Mars Perseverance Rover Search for Signs of Life
The competition will help advance the design of a mechanical rover to explore the surface of Venus.

"Clyde's Spot" on Jupiter
The next full Moon will be early Sunday morning, July 5, 2020. There also will be a partial penumbral eclipse of the Moon.

July 2020: The Next Full Moon is the Buck Moon
Planetary scientist Geronimo Villanueva created the sunset simulations while building a tool for a possible mission to Uranus.

The Next Full Moon is the Strawberry Moon
The "Exploring Hell: Avoiding Obstacles on a Clockwork Rover" challenge is seeking the public's designs for a sensor that could be incorporated into the design concept.