The smallest planet in our solar system and nearest to the Sun, Mercury is only slightly larger than Earth's Moon.

From the surface of Mercury, the Sun would appear more than three times as large as it does when viewed from Earth, and the sunlight would be as much as seven times brighter. Despite its proximity to the Sun, Mercury is not the hottest planet in our solar system – that title belongs to nearby Venus, thanks to its dense atmosphere.

Because of Mercury's elliptical – egg-shaped – orbit, and sluggish rotation, the Sun appears to rise briefly, set, and rise again from some parts of the planet's surface. The same thing happens in reverse at sunset.

Ten Things to Know About Mercury
1

Mercury is the smallest planet in our solar system – only slightly larger than Earth's Moon.

Mercury is the planet that orbits the closest to the Sun.

Mercury is a rocky planet, also known as a terrestrial planet. Mercury has a solid, cratered surface, much like the Earth's moon.

Mercury has no moons.

There are no rings around Mercury.

It is unlikely that life as we know it could survive on Mercury due to solar radiation, and extreme temperatures.

Standing on Mercury's surface at its closest approach to the Sun, our star would appear more than three times larger than it does on Earth.

The smallest planet in our solar system has a big presence in our collective imagination. Scores of science fiction writers have been inspired by Mercury, including Isaac Asimov, C. S. Lewis, Ray Bradbury, Arthur C. Clarke, and H. P. Lovecraft. Television and film writers, too, have found the planet an ideal location for storytelling. In the animated television show "Invader Zim," Mercury is turned into a prototype giant spaceship by the extinct Martians. And in the 2007 film "Sunshine," the Icarus II spacecraft goes into orbit around Mercury to rendezvous with the Icarus I.

In the comic strip "Calvin and Hobbes," Calvin and his classmate Susie give a presentation about Mercury, in which Calvin's contribution is full of questionable information: "The planet Mercury was named after a Roman god with winged feet," says Calvin. "Mercury was the god of flowers and bouquets, which is why today he is a registered trademark of FTD florists. Why they named a planet after this guy, I can't imagine." 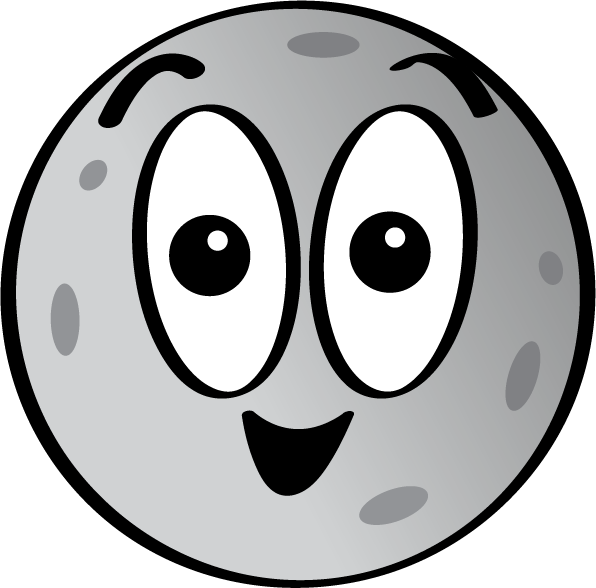 Mercury is the smallest planet in our solar system. It’s a little bigger than Earth’s Moon. It is the closest planet to the Sun, but it’s actually not the hottest. Venus is hotter.

Along with Venus, Earth, and Mars, Mercury is one of the rocky planets. It has a solid surface that is covered with craters like our Moon. It has a thin atmosphere, and it doesn’t have any moons. Mercury likes to keep things simple.

Mercury spins slowly compared to Earth, so one day lasts a long time. Mercury takes 59 Earth days to make one full rotation. But a year on Mercury goes fast. Because it’s the closest planet to the sun, it goes around the Sun in just 88 Earth days.

Scientists have announced that samples collected by Curiosity are rich in a type of carbon associated with biological processes on Earth.

Full Moon Guide: January - February 2022
An artistic interpretation of Curiosity’s view high up on a Martian mountain was created by mission team members.

Hubble's Grand Tour of the Outer Solar System
The next full Moon is the Beaver Moon, and there will be a near-total lunar eclipse.

Full Moon Guide: October - November 2021
A new paper details how the hydrological cycle of the now-dry lake at Jezero Crater is more complicated than originally thought.

NASA's Perseverance Sheds More Light on Jezero Crater's Watery Past
The lander cleared enough dust from one solar panel to keep its seismometer on through the summer, allowing scientists to study three big quakes.

NASA's Perseverance Plans Next Sample Attempt
Drought is a complicated problem that requires lots of data. Satellites from NASA and its partners help collect that data.

Drought Makes its Home on the Range
Gene Roddenberry would have been 100 years old on Aug. 19, 2021, and we at NASA celebrate his legacy.

Star Trek and NASA: Celebrating the Connection
It's suspected that about 5,000 years ago a comet swept within 23 million miles of the Sun, closer than the innermost planet Mercury.

Comet Atlas May Have Been a Blast From the Past
The Next Full Moon is a Blue Moon, and is also known as the Hungry Ghost Moon.

Full Moon Guide: August - September 2021
The images show Venus approaching from the left while the Sun is off-camera to the upper right.