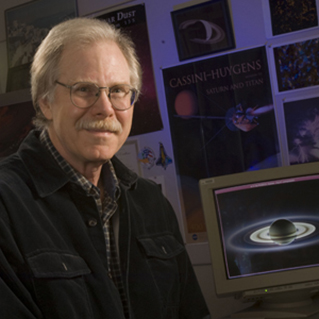 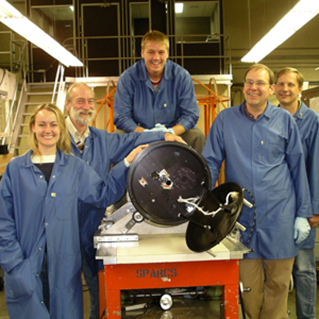 Poyen, Ark., is my hometown.

I vaguely remember the local news telling us when to watch for a satellite going by overhead. At night, my family and I went out into the nearby pasture and were able to see a small star-like dot moving across the sky. When I was about five or six years old, I had a cat that I actually named "Sputnik," a story that I was later able to relate to my colleagues in Russia (they found it amusing) while working on the International Space Station.

When I was about five or six years old, I had a cat that I actually named "Sputnik," a story that I was later able to relate to my colleagues in Russia while working on the International Space Station. They found it amusing.

From an early age I followed the space program with excitement. In middle school, my friends and I would write to NASA, the Marshall Spaceflight Center (MSFC), the Johnson Space Center (JSC), and the Jet Propulsion Laboratory (JPL), requesting the latest pictures, booklets and information.

Also, in seventh grade I had a student teacher in science, who introduced me to the work of Dr. Robert H. Goddard. I was fascinated and corresponded with Mrs. Goddard for the next 10 years. Upon finishing my Master of Science degree, I received a job offer from JPL and I have been with NASA ever since.

Early on I was inspired by the astronauts and by watching space mission reports on television. I was inspired by the work of Dr. Robert H. Goddard and read several books about his developments. I believe my mother excited me too, because when the early Mercury missions were being conducted I remember coming home from school and her telling me all about the coverage on these missions that she had seen on television.

What is a Manager of a Materials and Processes Laboratory?

I am the manager of the Materials and Processes Laboratory at Marshall Space Flight Center where we work with and develop many materials to prepare for spaceflight. Everything is made up of different materials, whether they are metals, plastics, ceramics, polymers etc., and we must be sure that these materials meet all their required properties to hold up in the launch environment, the space environment and whatever conditions they are put in. Often this includes treatments that the materials must undergo to have the desired properties.

There have been lots of favorite moments, but one stands out. When the Tethered Satellite System was flown on the space shuttle, scientists were excited about the data it could produce. The satellite surface was painted for thermal control, and electrical conductivity. A specific type of paint was selected and already on the satellite when it was discovered that it lost its conductive ability after an extended time in vacuum. (Launch was only a couple of months away when this was determined.) And so in our labs we developed a new conductive coating with the right thermal properties and the process to apply it. The satellite skins were brought from Kennedy Space Center (KSC) to MSFC where they were stripped, the new coating applied and then it was sent back to KSC to be put back on the spacecraft. All this was done at a very fast pace but in time that the launch schedule was maintained. The new coating worked very well and even exceeded the scientists' expectations.

I am an amateur (Ham) radio operator, a hunter, a fisherman, and a traveler. (It is great to see and experience new places.) I also like to facet gems from rough material into finished gemstones, and play the banjo for fun.

Find those things that are your passion and pursue them. Get involved in reading, and online research. Talk to people who are in the fields that may be of interest to you in order to learn more about them. And join astronomy clubs, student chapters of professional organizations and other groups for some key peer interaction. Of course, it's important to do well in the developing the tools you'll need in your field, such as math, science, computer skills, and even writing.