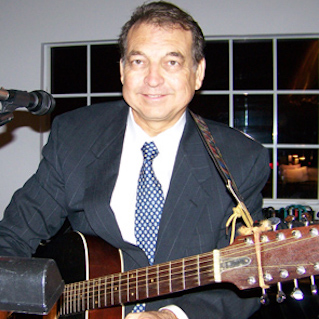 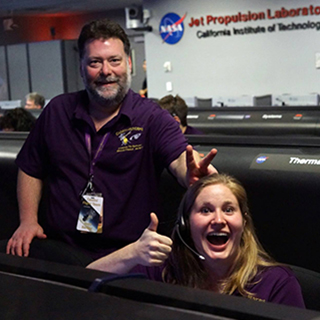 I am from Breese, Ill., a very small town about an hour from St. Louis. I grew up with a cornfield across the street from my house.

When I was in the 6th grade my parents gave me a telescope. I still remember that first night when I pointed it at Saturn, and got to see the rings! I had seen many pictures taken by much better telescopes and by the Voyager spacecraft, but I was stunned the first time I was able to see it with my own eyes. I could not imagine how something so impossible could exist. And that's what I love about exploring the planets -- we continually find impossible things!

This eventually led to the Mars Exploration Rover (MER) mission, and I came to NASA Headquarters in part to continue working on that mission.

Having a plan is an excellent idea, but you also have to be willing to jump at unexpected opportunities.

My wife, actually. When I was young I was very interested in the exploration and science of the planets, especially the Voyager missions. Later I drifted away from that as I focused on finding a grown up job rather than a dream job. When I met my wife in college I saw how she had the courage to follow her dreams, and she inspired me to do so as well. And she still does.

What is a Program Scientist?

Making a mission successful requires a lot of groups working together. Even though all these groups are working toward the same goal, like driving a rover on Mars, finding the right balance among all the groups is difficult.

For sheer adrenaline it was hard to beat sitting in the control room at the Jet Propulsion Laboratory (JPL) and watching Spirit and Opportunity land on Mars. It was also amazing to see the first radar data come in after Cassini's first flyby of Titan (that was particularly memorable because I was up in the middle of the night with my son, who was only a few months old, and we watched the data come in together).

Figure out what you love to do and then find the jobs that allow you to do it. The necessary hard work is fun as long as you love what you are doing! Having a dream is a must. Having a plan is an excellent idea, but you also have to be willing to jump at unexpected opportunities.

I like to spend as much time as I can with my family -- everything is fun when you do it with your kids!

Education is critical, there is no substitute for hard work, and you need to ask for help when needed! In one of my classes in college my grades quickly plummeted as I got more and more confused. This was a really embarrassing situation for me. I swallowed my pride and admitted to the professor that I was completely lost, and he and I worked hard to improve my understanding of the material until my grades improved. I still remember bumping into him after the semester ended and thanking him for the grade he gave me. He stopped, looked straight into my eyes, and said, "I didn't 'give' you that grade, you earned it."