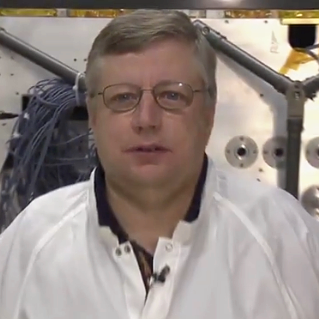 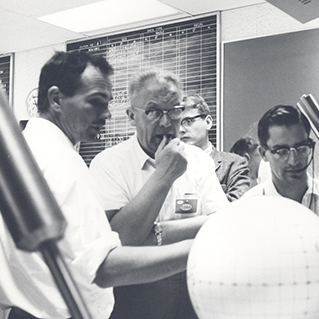 I spent my childhood in Southern California. After graduating from high school, I lived in several different states—Arizona, Kansas and Florida—before moving back to California to work at NASA’s Jet Propulsion Laboratory.

I had always been naturally drawn to science. I loved checking out books at the public library that featured various do-it-yourself “science projects,” even though retrospectively, they culminated in kitchen disasters (e.g. baking soda and vinegar volcanoes). What really drew me into space was being part of the “Spaceset” club at Whitney High School, which participated in the International Space Settlement Design Competition. Over the course of a year, each high school submitted a proposal for the preliminary design competition, which included prompts such as designing a colony orbiting the Moon or Mars, or designing a colony on the Moon or Mars. Finals were hosted at NASA’s Kennedy Space Center, and JPL hosted a local version of this competition between prelims and finals. This was something that I really dove into and enjoyed, and was a big contributor to what I eventually studied.

I made the decision to study aerospace engineering at Embry-Riddle Aeronautical University. While there, I was able to land my first job with United Launch Alliance at Kennedy Space Center. That was an incredibly memorable time for me. I feel fortunate to have been able to work on launch operations for the space shuttle missions as they were heading toward retirement.

I am a systems engineer at JPL who plays a dual role: I work in both mission operations and in ground data systems. Mission operations involves developing the processes and procedures in how we operate our spacecraft. Ground data systems is a subset of that, specifically developing the software, tools and infrastructure to ensure we get data to and from our spacecraft. I like to think of this area as the way we humanize our technology.

By nature, what we work with is both so technologically advanced and very, very far away to the point that it may even seem unrelatable to the general public. But it’s us in ground data systems who talk to our spacecraft, such as sending commands up and receiving exciting new discoveries down; it’s us in mission operations who give our spacecraft the character to explore everything from Earth to distant worlds, such as planning the next science objectives during the next orbital pass. Since I came to JPL in 2013, I’ve been involved in both mission operations and ground data systems through a variety of projects on lab, such as ST-7, Juno, Europa and InSight. Currently, I’m ramping up in my new role as mission system verification and validation lead for Mars 2020.

My favorite project that I’ve worked on at JPL has been Juno, which was my first JPL flagship mission. I was the test conductor for the “Jupiter Orbit Insertion,” which was the moment Juno would go into orbit around Jupiter. I was responsible for conducting the tests and dry runs with all of the teams involved with this in JPL’s mission control room. Being a ground data systems engineer as well, I was involved in making sure that the workstations were appropriately set up for receiving data from Juno. The moment I spoke up in mission control to say, “All stations—TC,” —which means “All stations, this is the test conductor speaking,”—I literally had to pinch myself. It was knowing that in this room, I was about to orchestrate a process across different teams; that it was in this room that I had seen so many clips of engineers at NASA accomplish monumental feats since I was a kid.

When I chose to go into aerospace engineering in high school, I generalized that into working on “engineering” and “space.” I didn’t really understand until I was in college that there were different aspects of aerospace engineering that you could go into (e.g., aerodynamics, structural dynamics, thermal, electrical, software, etc.). There wasn’t really an area that I particularly liked or disliked—everything was really interesting to me. It was why I couldn’t decide whether to continue to graduate school, because I wasn’t ready to commit to specializing in a particular field. I went into the aerospace industry and worked in various disciplines to find what I could call my specialty. After doing industrial engineering for the space shuttles, mechanical part fabrication and electrical engineering for aircraft, and software development for flight simulators, I realized that I like the interactions and complexities between the different disciplines.

Ultimately, it took a while to figure out I was a systems engineer at heart, though I think the variety of my work has helped build my understanding and skill set.

I had pretty much the same childhood dream jobs like most kids: I wanted to be an astronaut, a doctor, etc. I also really wanted to be an artist. However, I came from an immigrant family that started from near nothing when they moved to the United States. There was always pressure and direction toward math and sciences, under the prospect that it would get me a “good job.” But any interest in anything outside of that—i.e. art—would promptly get rejected.

I ended up learning how to draw on my own, from doodles in my school notebooks to following drawing books I’d check out from the local library. For a long time, I thought I could only be an engineer or an artist, and that my decision to study aerospace engineering would mean closing the door on art. However, I’ve been able to fulfill that desire as a hobby, such as through drawing and painting.

I’ll even find ways to inject art into the work I do, such as taking up the challenge to model “Wall-E” with pin-and-sleeve connectors or screws. I’ve more recently found cosplay and prop making as a means for channeling my interests in both engineering and art together.

My parents are a huge inspiration for me. Both of them came from farming families and immigrated to the United States to pursue the American dream. They started off working at minimum wage and worked multiple jobs in order to support my sister and me. I didn’t quite see it at the time when I was a kid, but looking back at it now, I am in awe of how they were able to manage everything and ultimately send us off to college. I absolutely wouldn’t be able to be where I am today if it wasn’t for their strength, character and unconditional love.

You enjoy cosplay during your free time. How did you get into that?

I actually got into cosplay from running! I would participate in running races, and if I wasn’t going for a personal record and was running with friends, we would go running in costume.

My early costumes were very “crafts-y” because I didn’t own a sewing machine at the time. I started feeling frustrated at my costumes being mangled after running 13 miles in them, and I started looking up how to make costumes that were beyond pieces bought on Amazon, at Michael’s, or JoAnns and superglued together. That was when I started to see how awesome building costumes and props could be. I find it a lot of fun to bring what people think of as imaginary to life.

How do you make your costumes? What have been some of your favorites?

When I decide on a costume or prop to make, I start aggregating a lot of reference material that I can find online. This can be anything from artist concepts of the character and in-game screenshots or movie stills. I figure out what parts are feasible to make, as well as how ambitious I want to go with adding effects beyond lighting. The materials I use vary greatly, but my general go-to is foam and my 3D printer. Foam is great for large pieces such as armor, or general base structures. I use my own 3D printer for printing out detailed pieces I’d model. It’s funny looking back, considering that my first start with 3D modeling was when I modeled and fabricated parts for private aircraft!

My favorite costume that I’ve made is a character called Mei from the game “Overwatch” by Blizzard Entertainment. She is a scientist who has a little robotic sidekick named Snowball. I was entering the BlizzCon Costume Contest for the first time, and I thought that this would be a character who was both fun and challenging to make. It’s my favorite cosplay because it was something that showcased a variety of things I was able to do with costume and prop making: sewing a coat and pants from scratch, foam fabricating boots, modeling, 3D printing, with a bit of robotics and code while making Snowball and the lights.

The initial pictures from Spirit and Opportunity on Mars motivated me during my college days—I’d use them as wallpaper on my desktop—to one day work for NASA. With a lot of hard work and dedication, I was able to make that dream happen! It’s still surreal to me that the people I admired, who worked on the missions that I followed, are people that I work side by side with today.