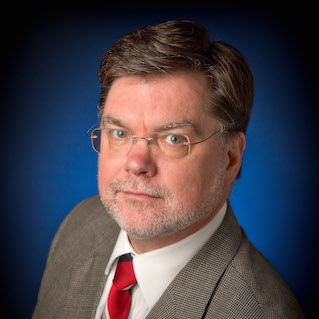 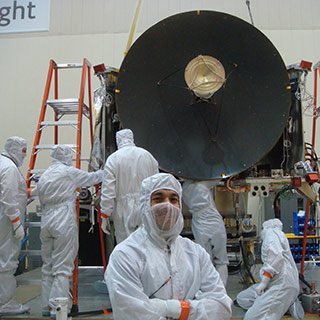 "Our center has lost a dear friend and astronomy pioneer, and his spirit will always live on in our work. Those of us who were fortunate to work with Neil know of his unwavering enthusiasm for science and unselfish generosity in mentoring others.

"Neil arrived at Goddard after earning his doctorate from the California Institute of Technology in 1982, focusing on the field that has defined his career: gamma-ray astronomy. For more than three decades, Neil established himself as a global figure in the study of gamma-ray bursts and the larger gamma-ray universe.

"From 1995 up until his death, Neil served as the chief of the Goddard Astroparticle Physics Laboratory. He worked as a project scientist and investigator for several notable missions, including the Fermi Gamma-ray Space Telescope, the Swift gamma-ray burst Medium Explorer, the Wide Field Infrared Survey Telescope and the Compton Gamma-ray Observatory.

"His accolades are many, and his worked has been published hundreds of times over in science journals and popular science magazines. Neil is the recipient of the NASA Exceptional Scientific Achievement Medal, the NASA Outstanding Leadership Medal and Goddard’s John C. Lindsay Memorial Award. He has been recognized by the American Astronomical Society, the American Association for the Advancement of Science, the National Academy of Sciences and other renowned scientific organizations. More recently in 2016, he was elected an honorary fellow to the Royal Astronomical Society in London, and he was a member of the LIGO Scientific Collaboration which made the groundbreaking discovery of gravitational waves last February. A few months later, CalTech recognized Neil as one of its most distinguished alumni.

"Throughout his success, Neil always found time to share his achievements with others. Following in the footsteps of his father, an astronomer who helped dissident scientists during the Cold War, Neil and his family were active volunteers in disadvantaged communities around Goddard. In 2005, he helped develop an internship program that allowed local high school students with hardships to work in his labs.

"Neil leaves behind a legacy only he could have created, and words cannot adequately express our grief for this great loss."

In His Own Words

I've been an astronomy buff since childhood. My father is an astronomer, so we had astronomy and outer space around the house all the time. We lived for a whole year on a mountain while he was observing at McDonald Observatory in Fort Davis, Texas. And I would go with him to the telescope and help out. That was a fantastic experience for a 6-year-old kid.

In graduate school, I was involved with the Voyager mission and its flyby of Jupiter. That was fascinating. I spent many hours at the Jet Propulsion Laboratory (JPL) during the mission launch and Jupiter encounter. Then I became interested in the field of gamma ray astronomy. That is observing the Universe in the light of gamma rays. These rays do not penetrate the Earth atmosphere so it is necessary to fly telescopes in space.

The happiest people I know are ones who think of their field as both a hobby and a job.

I had two advisors as a graduate student at Caltech: Professors Ed Stone and Rochus Vogt. They were the major influences in steering my development and career. I still ask myself what they would do when making decisions.

What is an astrophysicist?

There is a lot of blurring between the boundaries between astrophysics and astronomy. For example, when I go to a conference, I often can't tell which people are astronomers and which are astrophysicists. I study stars and galaxies using space telescopes. Gamma rays are part of an astrophysics-type field. They come from hot, violent regions of the universe, like exploding stars, and physics is involved in understanding the sources. Also, the instrumentation comes from physics.

My favorite moment was the launch of the Swift observatory from Cape Canaveral. It was a big rocket, and our work of the previous 15 years was on the line. The launch was picture perfect, and when we turned on the observatory, beautiful images started coming down! The observatory was working properly.

Have fun with it! Incorporate your interest into your everyday life. The happiest people I know are ones who think of their field as both a hobby and a job.

Well, I guess I should say physics based on the last question. Actually, I love rock climbing and mountains. Big walls are always a thrill. It is great fun now going into the mountains with my wife and children.