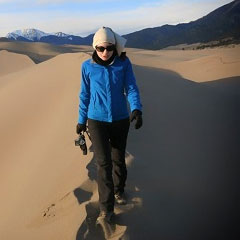 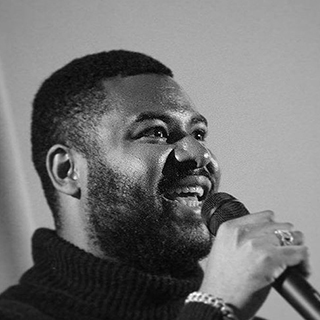 If you look at a map of the 48 states and stick a pin right in the center, you will come pretty close to hitting my hometown; Burlington, Iowa. Burlington is located right on the Mississippi River, and I was a "river rat" as they say -- growing up water skiing and catching catfish.

Burlington High School had a 12-inch Alvan Clark refractor, built in the 1930s and donated many years later by the original owner, who was quite a successful businessman in the area. The telescope was 15 feet long and stood over 10 feet high and was very impressive to look at. The old physics teacher who managed the telescope retired and the keys to the observatory went to the young energetic chemistry teacher, Don Vinson.

At the beginning of my senior year I took chemistry, and Mr. Vinson, who had just taken a summer astronomy course at the University of Iowa, announced in class that he was starting an after school astronomy class with open access to the 12 inch refractor. The whole concept of learning and using a quality telescope really intrigued me, and I signed up immediately. The class was a tremendous learning experience for me, and I began connecting a 35mm camera to various telescope eyepieces. From then on I did all kinds of astrophotography. I also learned how to develop black and white film. Some of my photos even ended up in the magazine "Sky and Telescope." Mr. Vinson had really created an environment of rapid and exciting learning that I think still burns inside of me.

From an academic point of view, it's all about doing well in math and science. However, there is absolutely no substitute for being determined. Being determined to be successful is at least half the game.

It was a natural step for me to go from studying practical astronomy in high school, to majoring in astronomy at the University of Iowa. But the real switch to the space program came after I got my Bachelor of Arts in Astronomy and stayed at the University of Iowa for graduate school. I was pretty broke at that time in my life, and I applied for a teaching assistant (TA) position. After finding out that my astronomy advisor didn't support me working as a TA, I switched advisors to Dr. Don Gurnett, one of my favorite undergraduate teachers. Dr. Gurnett is a fantastic space scientist and one of the best instructors I have ever had. He took me on immediately as a research assistant (RA). In the mean time, to make ends meet I had already taken a position as a computer operator in the physics department, which had three "fast" and large Univac computers. At this point, my mindset changed from doing ground-based astronomy to doing space-based astronomy. This switch was so easy to make since it was still all about the science -- not about how and what tools one uses to do the science.

Once again my environment for learning was perfect. As an RA, I wrote programs for Dr. Gurnett and set up a whole variety of other standard computer analysis programs that would read data from space missions such as IMP-6, IMP-8, and Voyager 1 and Voyager 2 to be executed on the Univac computers. Then, when my computer operator shift started, I would go to work running all the jobs that were set up to be executed on the 4 o'clock to midnight shift. On many occasions the midnight to 8 a.m. operator would call in sick, so I would work that shift too. By around 4 a.m. I would be done and I would then begin work on my own programs and run them on the computers. By 6 a.m. it was time to pull the microfilm output and develop it; having everyone's microfilm ready by the start of the 8 a.m. shift. When the 8 a.m. operator came in, I just went to class. In 1976, as a graduate student, I had published my first paper on the angular distribution of Auroral Kilometric Radiation. It utilized data from IMP-6, IMP-8, and was stored on 125 data tapes that would take nearly eight hours of computer time to run. No one could touch this type of analysis and the paper was well received and highly cited in technical papers for years.

Besides my high school teacher Mr. Vinson, there was one other. As a sophomore at the University of Iowa, I took "Astronomy 101" from Dr. James A. Van Allen. It was an easy "A" for me since I already understood most of the material from my high school astronomy class. I have to say that Dr. Van Allen was such a truly tremendous teacher that he made the class very enjoyable.

The following semester I had an opportunity to take a two-credit hour elective class, so I chose "Readings in Astronomy." This class was taught by "staff" and was to be held on the 7th floor of Van Allen Hall. I arrived on time for the class to start and walked into the assigned corner room on the 7th floor. As I stood in the entry way of the large room I was amazed to see that it was just full of computer printouts, data tapes, books, and other clutter -- hardly a classroom. As I searched the class list looking for what must be the real room number, a face appeared from behind a book case with a voice that said, "come on in Jim, this is my office." It was Dr. James Van Allen, and I was his only student! I never really thought that I had distinguished myself, since Dr. Van Allen probably gave out at least 20 more A's in such a huge class. Over the next couple of classes I told him about my access to the Alvan Clark telescope and the astrophotography that I had done. I even brought in my collection of solar photos to show him, that I had taken every day, spanning over two summers. The moment Dr. Van Allen saw those images he said that we needed to do some research on this data. The "Readings in Astronomy" course allowed me to use my extensive solar data to measure differential rotation of the Sun and write my first science-like paper for Dr. Van Allen. It was that whole process that Dr. Van Allen himself guided me through that really hooked me on space research.

Wow, that is really hard to do since I have had so many. I have given a number of science talks. I had the opportunity to teach at the International Space University (ISU) and at times the students gave me a standing ovation at the end of my lecture -- that was a fantastic feeling. Also fantastic is when I look out into an audience and realize that I have their complete attention and can hear a pin drop.

While working as a scientist at NASA's Marshall Space Flight Center (MSFC) I had the opportunity to be a safety diver in the Neutral Buoyancy tank for which my training enabled me to overcome a potentially dangerous situation. That too was a fantastic feeling. But I will have to say, even after watching the spectacular launch of the Imager for Magnetopause-to-Aurora Global Exploration (IMAGE) mission that I worked so hard on for years, it was getting the first set of IMAGE data coming in for analysis and recognizing something that had never been discovered before in these scientific measurements. The greatest rush for me in this business is the first discoveries and the "ah ha" moments. I have had the privilege to have several "ah ha" moments in my career.

From an academic point of view, it's all about doing well in math and science. However, there is absolutely no substitute for being determined. Being determined to be successful is at least half the game.

My love of research and history has inspired me to learn more about the Civil War. So I read a lot about the war; I trace my ancestors who fought in the war; I traipse around Civil War battlefields, and I work on a couple of book projects, including one about Civil War balloons.

There is no substitute for studying hard and being the best that you can be in these fields.

Dr. Green gave a couple of exciting talks at a TEDxNASA event. Watch them on YouTube:

Seven Wonders of the Solar System Join Jim and his guests as they talk space exploration and describe their "gravity assist"—the event that propelled them into a career in science.