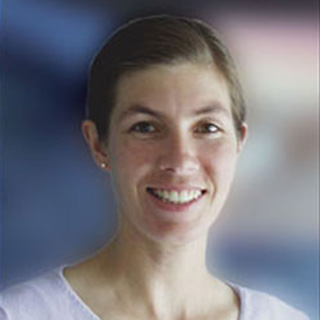 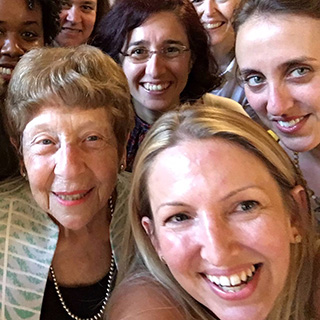 I was born in Seoul, South Korea, and immigrated to the U.S. when I was 7 years old. I grew up in the San Fernando Valley.

English was always the hardest subject for me in school. Perhaps the reason why I had such a difficult time is because English is my second language, and I was only allowed to speak Korean at home so I wouldn’t forget my native language. I think that is one of the reasons why I gravitated toward math and science in grade school. Those subjects made more sense to me than any other subjects in school.

I started interning at NASA’s Jet Propulsion Laboratory during my senior year of college. When I graduated, I began working on NEOWISE and Spitzer as a systems engineer and sequence engineer, respectively.

"Engineering can be daunting initially and requires a lot of work. But if you work hard, it will all pay off in the end and you’ll have one of the coolest jobs in the world, in my opinion."

NEOWISE because it’s my first mission, Spitzer because discovering exoplanets like the ones in the Trappist-1 system is awesome, and last but not least, is Europa Clipper — because who doesn’t want to find life beyond Earth?

When I was a little girl, I was always told physical beauty was everything for women, and that marrying a successful man was my purpose in life. For the longest time, I thought I had to be a housewife, and in some ways, I was groomed for that role. My mom was a housewife. She was really good at it, and I’m truly grateful for that. However, that didn’t allow me to have many dreams of working in the field of space, science, and engineering. I was never exposed to that world and it seemed far beyond my reach growing up.

Therefore, my career path has been far from ideal in many ways. After high school, I decided to pursue a career in the real estate field instead of going straight to college. After working in the field for a few years, everything became routine and unchallenging. I knew I had a different purpose in life. I made a very difficult decision and decided to go back to school and that changed everything for me. Despite having had people tell me throughout my life that I should not major in anything science-related because it’s rigorous and that girls should stick to what “we’re good at” – I persevered and graduated with an aerospace engineer degree.

My mentors here at JPL. Seeing how passionate they are about what they do is inspiring. One of my mentors, Don Royer, has been working at JPL for a little over 50 years now and he likes to tell me stories about past missions. One of the stories that resonated with me was his time on the Ranger program, one of the first unmanned space missions to the surface of the Moon in the 1960s. Learning about missions from people who actually lived them is one of the incentives for working at JPL. One day I hope to have as many inspiring stories to tell young engineers.

Engineering can be daunting initially and requires a lot of work. But if you work hard, it will all pay off in the end and you’ll have one of the coolest jobs in the world, in my opinion. Also, if engineering was not your dream as a little girl or boy, it doesn’t mean you can’t grow up to be an engineer.

One of my passions is cooking. I love to cook all kinds of food, but my favorite cuisine and the one I’m most confident about cooking is Korean food. I also love to travel, especially to places with lots of nature. I enjoy exercising and some of my favorite workouts are yoga, hiking and spinning. I also have a Maltese named Mr. Lee. He’s almost 10 years old.

This is the NEOWISE (Near Earth Object Wide-field Infrared Survey Explorer) space telescope. It was my first mission as a systems engineer at JPL.