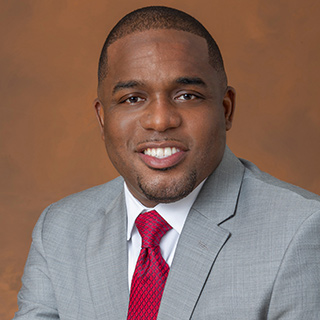 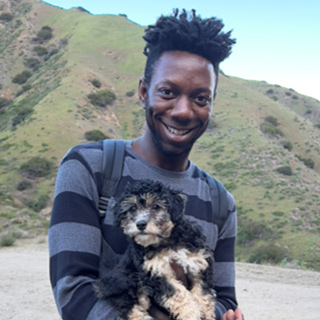 Murthy Gudipati’s fascination with space and science started as a boy sleeping under the sky during harvest season in southern India. He became fascinated with the sky and stars. His interest in astrophysics and astrochemistry grew after he started working in Germany, and while collaborating with NASA scientists. He tells how that collaboration led to a career at NASA’s Jet Propulsion Laboratory (JPL) where he is currently working on NASA’s Europa Clipper mission.

My fascination with space started when I was a boy working in the fields of our village in southern India. We grew peanuts and rice, and we slept outside during the harvest season. When I looked at the sky in those days, it was so clear – filled with stars. I was fascinated with the sky and stars.

My job is partly to have fun conducting science, and partly to support NASA’s Europa Clipper Mission [The spacecraft will perform dozens of close flybys of Jupiter’s moon Europa, gathering detailed measurements to investigate whether the moon could have conditions suitable for life].

I am a co-investigator and investigation scientist on a Europa Clipper instrument called the SUrface Dust Analyzer (SUDA). My involvement in defining and refining the science of Europa Clipper is very important, as well as exciting.

As for the other fun part of my job, I try to understand how ice and organic matter evolve in the universe. The connection between ice and organics is critical for life. One of my interests is to understand whether the molecules of life were formed on Earth or delivered to the planet [by comets or asteroids].

When I mentor young people, I tell them to be fascinated and have a passion for what they are doing. Be excellent in what you do and take risks.

It can be frustrating when my enthusiasm for science gets bogged down by slow processes and procedures. This is true of most careers. My advice is to be resilient and open-minded. Look at the big picture and never give up.

My biggest inspiration is Mahatma Gandhi. I read his autobiography when I was young, and I read about his search for the so-called truth. The search for truth had a strong impact on me. He also was my inspiration because he was the first person I knew of who actively practiced pacifism, a nonviolent way of resolving conflicts. Hopefully one day everyone will learn to resolve conflicts without having to kill each other.

At the same time, each project I work on, and every day that I go into the Lab, is fascinating. We are trying to simulate very hot extrasolar planets and their atmospheres from scratch.

I also study how complex organic molecules that may be the molecules of life are found in simple compositions of interstellar ices. That's really my fascination – how comets work, and how comets' nuclei may be connected to the potential origin of life.

I also mentor for NASA Innovative Advanced Concepts (NIAC) at JPL, where scientists and engineers come in with very out-of-the-box ideas and we give guidance to refine those ideas. That's really exciting.

I cook, I hike, I camp, I play tennis. Nature is very important to me. I listen to “music of the world” – every type of music from Indian classical to Western classical.

As a child, I used to mimic all the animals that we used to have, and even earned a little bit of money doing so. I don't do it anymore, but that was something that people don't know about me, is that I imitate animals.

There's no doubt my favorite animal is the elephant. Elephants are such graceful animals. They have so much intelligence. All animals are beautiful and all of them have consciousness. As a child, I used to play with cows. I used to feed them. That's one of the reasons why I refuse to eat meat and over the years became a vegan, after being a vegetarian.

My favorite space image is “Earthrise.” That was the first time humanity saw Earth rising over the Moon. We were looking at ourselves from another object in our solar system.