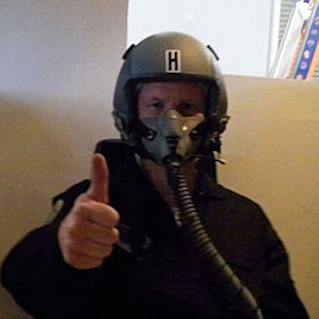 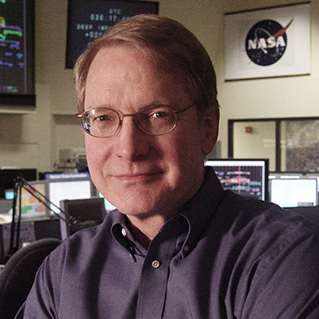 As an amateur astronomer with a longtime interest in comets, when I found out in mid-2001 that amateur astronomers were finding comets in public images from NASA's Solar and Heliospheric Observatory (SOHO), I jumped at the chance to participate in the Sungrazer Project. By then I had viewed several dozen comets in the night sky, and I was particularly fascinated by the so-called sungrazing comets, the brightest of which could be seen in full daylight [Sungrazers are a special class of comets that come very close to the Sun].

Most of the comets found in SOHO data are small fragments of these sungrazers. The project developed organically when people started mailing SOHO scientists with reports of potential comets, after which the science team created a form that people could use to submit comet claims. I was actively involved in this project until about 2007.

"The idea that I, as a nonprofessional on my computer from the comfort of my home, could play a useful role in helping to find planets in other solar systems still staggers the imagination."

My job as a technology journalist (senior analyst) at PCMag.com involves requisitioning, testing, and writing reviews and other stories about technology products – monitors, storage (SSDs and hard drives), and 3D printers – for a popular audience. Although it is not part of my beat, I have occasionally written articles on astronomy and space science for PCMag or one of its sister publications, and I have reviewed many iPhone/iPad astronomy apps. I wrote two articles about the Planet Hunters citizen science project (this was the precursor project to Planet Hunters TESS): The Quest to Discover Another Earth and Planet Hunters Review.

I am an amateur astronomer – with a wide range of observing interests but most of all comets and eclipses – and an astrophotographer. I belong to the Amateur Astronomers Association of New York as well as the Custer Institute and Observatory. I look forward to my occasional trips out of New York City to dark-sky sites. In addition to astronomy, I enjoy traveling, photography, reading, and creative writing (mostly poetry). I am a ham radio operator (callsign AA2TH).

It’s a form of detective work, which requires looking at all the evidence to rule in, or rule out, say, a potential exoplanet. Seeing a regular dip in a star’s light is not enough to be certain that the dip is being caused by a planet passing in front of the star, and astronomers must consider other possibilities such as starspots, stellar variability, “contamination” from another star close to it, or that the star may be an eclipsing binary – two stars that orbit each other and eclipse one another in turn – to name a few. They must check for unseen companions that could be tugging at the star and then rule out all other potential sources for the dip in a star’s light with a high enough certainty for it to be officially designated a planet.

I have been listed as a co-author in a number of articles, from research notes to popular science pieces, to three peer-reviewed papers with Planet Hunters TESS:

The popular science piece was an outgrowth of my participation in the Sungrazer Project and the wealth of scientific knowledge I gained through it. I co-authored an article with the late Dr. Brian Marsden called "The Booming Science of Sungrazing Comets" that ran in Sky & Telescope and won a 2006 Popular Media Award from the Solar Physics Division of the American Astronomical Society.

In recent years, I have greatly enjoyed the exoplanet projects, in particular Planet Hunters TESS (and its predecessor, Planet Hunters), and Exoplanet Explorers (now complete). I've also enjoyed working on Planet Hunters NGTS (Next-Generation Transit Survey), which is not a NASA project but is instead run primarily by researchers at Queen's University Belfast. When I was growing up, there were no known exoplanets; the idea that I, as a nonprofessional on my computer from the comfort of my home, could play a useful role in helping to find planets in other solar systems still staggers the imagination. You never know what the next light curve may hold!

I also like the exoplanet projects because I can search on my own time. Once the data from a new TESS (Transiting Exoplanet Survey Satellite) sector appears on the site, it can take a week or more before volunteers completely process it (multiple people look at each light curve), so I can classify light curves at my own pace during that time. In contrast with the Sungrazer Project, relevant data are uploaded singly or in small batches every half hour or so over the course of an evening, and unless you are alert to when new images are released, you can easily miss a discovery, as it is very competitive. Although I loved SOHO comet-hunting and was successful at it for several years, I generally don’t have the time that it requires.

I was the first to report about 117 comets in SOHO images. (This NASA Pick of the Week, shows SOHO-1087, one of my brightest discoveries.) I learned a lot about comets (especially near-Sun and sungrazing comets) and their orbits, history, and dynamics from other participants in the Sungrazer Project and my own research. Twice - in Paris in 2004 and Shanghai in 2009 - I attended the International Workshop on Cometary Astronomy, which encourages cooperation between professional and amateur astronomers. I gave a presentation at the Shanghai conference on the similarity of a comet found in SOHO images to the “Tewfik” comet seen and drawn during a solar eclipse in 1882.

In the exoplanet projects, I have participated in the finding of at least half a dozen exoplanet candidates in Kepler and TESS light curves. I have learned a lot about exoplanets and the science around them, particularly those found by the transit method.

Look through the list of citizen science projects that NASA is involved in, pick one or more that appeal to you, and try them out for size. If you don’t like them (or if they frequently run out of data or reach end of life), try other ones. There are plenty of projects in a variety of different areas to choose from.

I have been inspired by the project leaders: Dr. Doug Biesecker and Derek Hammer with the Sungrazer Project, Dr. Debra Fischer and Dr. Meg Schwamb with Planet Hunters, Dr. Jessie Christiansen with Exoplanet Explorers, and Nora Eisner with Planet Hunters TESS, who have given so much of their time and energy to create and manage these projects. I also have a lot of respect for the volunteers with advanced knowledge of the science and/or software needed to vet potential exoplanets and better understand comets. I have met several of the project scientists (Debra Fischer and Meg Schwamb) in person and others via video conference call (Nora Eisner).

When a new sector of TESS data becomes available, I can spend some 10 to 20 hours in the week or 10 days that it usually takes for participants to fully classify the sector. Then I have about a month’s respite until the next sector of light curves is uploaded.​