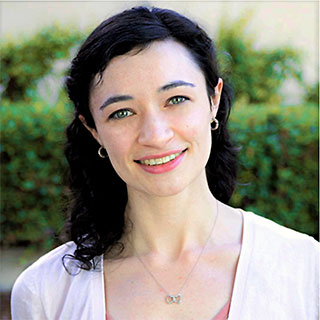 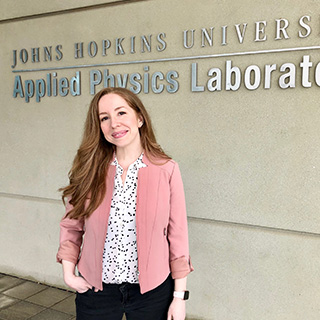 I have always had an interest in astronomy. I’m in my late 40s, so that means I was an 80s kid. My first astronomy memories are of looking at the beautiful images of Jupiter and Saturn from the Voyager probes. I grew up reading science magazines like Discover, Popular Science, and Astronomy. Later on, in the internet age, this trend continued. My social media feeds are almost completely science-related.

At some point, I heard about Zooniverse and did a few Disk Detective classifications, though at the time my actual interests were more focused on things like brown dwarfs and rogue planets. Around this time, Planet Nine became a big thing in the news, and I got an email notification from Zooniverse about a new project called Backyard Worlds: Planet 9. In addition to searching for Planet Nine, this project was also looking for brown dwarfs. This fit my interests exactly, so I was immediately hooked.

“It’s very satisfying to develop your own project and to have it work out well, and in the process, possibly add a few interesting candidates to the list of astronomical objects to follow up on.”

What do you do when you’re not doing science with NASA? What's your day job?

I’ve had a lot of different jobs over the years. Most recently, I was a lab technician for an engineering firm. I got to run lab experiments on soil, rock, and concrete all day long. Before that, I was a cook for six years in a restaurant that served barbecue and bar food. I’ve also managed a coffee shop.

Backyard Worlds gave me experience in a lot of areas I knew little about, like spreadsheets, data analysis, and Python scripting. It was kind of like a jump start. The skills I practiced in Backyard Worlds – from the general kind of scientific thinking to the math skills – have helped me in my career.

Which is your favorite citizen science project to work on, and why?

Of course, it’s Backyard Worlds: Planet 9. Very early on in the project, I was amazed by the willingness of the lead scientists of Backyard Worlds to engage with all of us amateurs. It was something I hadn’t encountered before, and it makes all the difference in making us feel included. They also have allowed us to use what we’ve learned, and to grow beyond the original scope of the project by letting us do our own side projects and submit our results directly to them, the same as if they came from the main Backyard Worlds site. It’s very satisfying to develop your own project and to have it work out well and, in the process, possibly add a few interesting candidates to the list of astronomical objects to follow up on.

“The skills I practiced in Backyard Worlds – from the general kind of scientific thinking to the math skills – have helped me in my career.”

Which peer-reviewed research publications have you been involved with? What was your role in the research and writing process? What have you learned about the process of science?

I have been a co-author on three published papers so far. In each, my contribution has been discovering or co-discovering the brown dwarfs described in each paper.

What have you learned about the process of science?

Being a co-author on multiple papers has allowed me to see a glimpse of how the peer review system of submitting a paper works.

I was also lucky enough to be given the opportunity to be part of a proposal for observing time on NASA’s Infrared Telescope Facility (IRTF) at the Institute for Astronomy, University of Hawaii. We ended up getting the time we asked for, and I was given the opportunity to be a part of the observing team. So, on multiple occasions, I’ve been able to remotely log into the IRTF telescope and learn how to take follow-up spectra of the brown dwarfs that my fellow citizen scientists and I have been finding over the last five years. It’s an amazing feeling when you get your first round of data back and you can immediately tell that the fuzzy blob you picked is in fact the brown dwarf you were trying for.

Don’t be afraid to ask for help, either from your fellow citizen scientists or even the pros of the project you're working on. Always try to learn it on your own first, but it’s OK to slightly annoy someone to get an answer you can’t find anywhere else. You’ll find that if you show an interest to learn, most people in the citizen science community are more than willing to help.

Dr. Jackie Faherty, one of the scientists in Backyard Worlds: Planet 9, is always inspiring me to push myself to do more than I ever thought was possible when I started my journey as a citizen scientist. Guillaume Colin and Dan Caselden were the citizen scientists who helped me the most early on in the project. Their willingness to share their knowledge helped me to continue to learn and inspired me to do the same to help others anytime I can.