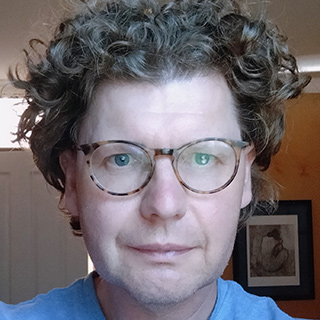 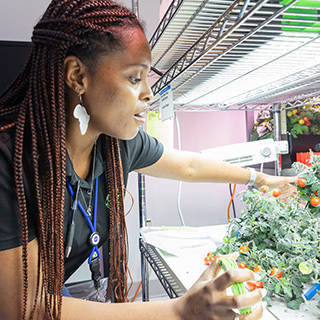 When I was in first grade, I wanted to be an architect. By second grade, my thoughts had moved to astronomy. In third grade, I learned that I could combine the two and become an aerospace engineer and work on airplanes and spacecraft. Since third grade, at age 8, I have wanted to do this type of work.

Throughout the 1970s and 80s, with the Viking landings and Voyager tour of the outer planets, it was very easy to stay excited about NASA and the space industry. I remember spending days in the 1970s reading through the new encyclopedias that would be released. The library also had many of the NASA booklets that were published with mission data and I would read and reread them. When the Space Shuttle Columbia first launched on April 12, 1981, I remember dreaming of being able to work near it – just to be part of NASA.

Even though the space industry is now more than 60 years old, there are still a lot of new and exciting missions to captivate young people and inspire them to be rocket scientists too!

When I was an undergraduate student at San Diego State University, I got an internship to work at NASA’s Goddard Space Flight Center in Greenbelt, Maryland. It was an amazing 10 weeks. I had a fabulous mentor and three terrific roommates who were also interns from around the country (New York, North Carolina, and Puerto Rico).

When I graduated from college, NASA was in a hiring freeze so I went to work at Northrop (now Northrop Grumman) on the first operational B-2 stealth bomber. While at Northrop, my mentor and I kept in contact and I remained focused on eventually working in the space program. I remember phone calls in which he would say, “You keep getting that great experience. You’ll get to NASA!”

A short time later, I received the call to join Goddard, and my wife and I moved to Maryland. I got to work on amazing telescope missions at Goddard, and I have many close friends there. Since then, I have told a lot of people I’ve mentored the same thing my mentor told me – you may not get into NASA immediately, but keep getting that great experience and communicating your interests and desires to your mentors and supervisors.

As the project manager for NASA’s Europa Clipper, I am responsible for the overall technical, cost, schedule, and team management of the mission. I, of course, don’t do this alone. I partner with Tim Larson, Europa Clipper’s deputy project manager, and our amazing leadership team.

I would describe my job as one of constant communication, dealing with problems, and overcoming challenges. My job is to manage this mission to successfully accomplish its science objectives at an acceptable level of risk. This means that I am constantly evaluating risk, weighing those risks against cost and schedule implications, and making decisions. A big part of my job is also to look for ways to break down barriers impeding members of the team, so they can successfully do their jobs.

To accomplish the kinds of missions that NASA does requires teamwork. Learn how to work as a team player, be selfless, serve others, seek diversity, ask good questions, accept that others will ask you questions, and share in the triumphs and challenges together.

My wife and daughters – in every dimension of my life.

The Far Ultraviolet Spectroscopic Explorer (FUSE) project in the mid/late 1990s is one that stands out. It was the first time I got to participate in the Assembly, Test, and Launch Operations (ATLO) of a spacecraft. After being on the team that designed the telescope and overall observatory, I was named the mechanical lead for the mission. This meant that I got to lead the team that assembled the spacecraft, shipped it to Cape Canaveral, and worked with the Delta II launch vehicle team to mate it to the rocket and launch it. Not only was it a tremendous growth opportunity for me in terms of technical and leadership skills, but it was so much fun! Going through that phase of the mission really drives a team together. The bonds with those engineers and technicians that I worked with on FUSE are among the strongest friendships I’ve ever developed. I also have an incredible list of funny pictures, quotes, and stories from that project, too!

My favorite project to date is the Mars Curiosity rover. The complexity and daring of that mission were astounding to me. Yet, we managed to do the work necessary to get comfortable with the fact that we had done everything we could to make that mission successful. I recall being asked to write a blog post about how I was feeling a few days before landing night. The culture at NASA’s Jet Propulsion Laboratory (JPL) really drives us to fulfill JPL’s motto to “Dare Mighty Things.”

While I was astounded by the complexity and daring of Curiosity, the Europa Clipper mission takes daring and complexity to another level. In order for Europa Clipper to bring this incredibly capable suite of science instruments to the Jovian (Jupiter) system and do these intricate flybys of Jupiter’s icy moon Europa, our team must continue to “Dare Mighty Things” and chase down every thread. I have full confidence we will!

I am a musician. I almost went to college to study music instead of engineering. I was accepted to both music and engineering schools and decided I could be an aerospace engineer who did music on the side, but it was not likely that I could be a musician that got to dabble in aerospace! I chose San Diego State University because it had a strong engineering program and an amazing jazz studies program. My primary instruments these days are upright and electric bass. On weekends, you can regularly find me playing at a bar or restaurant in Santa Monica or a fancy wedding in Malibu. Sometimes it’s jazz. Sometimes it’s 70s funk and soul (my favorite). Occasionally, someone asks for something special, like a private event that is “all Journey” or “all Tower of Power.”

People always seem to be surprised to hear that I was in a Rush cover band in the 1980s. At the start of the COVID-19 pandemic, I reconnected with my two other bandmates and we started recording Rush tracks and sharing them with one another to lay down entire songs. It’s been great fun to relive the 80s, and play some of Geddy Lee’s bass lines (and synth parts with my feet) again!

Another fun fact is that I have had the privilege of getting to help with some movies and TV shows. I’m not a full-time technical consultant, but the writers and producers will occasionally reach out with questions about their script or storylines. This usually leads to an opportunity to meet the cast and attend a day of filming. Some of my connections have been with “Man of Steel,” “Marvel’s Agents of S.H.I.E.L.D,” “Stowaway,” and a few still in production, or scripts waiting to be picked up.

My favorite space image is from NASA’s Viking 2, which landed in 1977 – the same year “Star Wars” came out in theaters. I was a huge space fan and fell in love with “Star Wars.” Then, in 1979, NASA released an image of what looked like snow on Mars. I was fascinated by this frost of water ice on this desert world. It captivated me in ways that have stuck with me for more than 40 years. It could easily be the red rocky landscape of Southern Utah in early winter and, yet, it’s MARS!