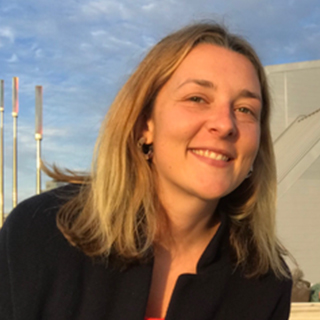 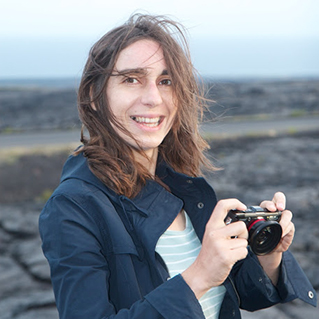 My fifth-grade teacher sparked my initial fascination with science. I don’t remember anything specific about what he covered in class, but I was drawn to the power of science: how it could explain almost everything around us. Then in high school, my interest was piqued even more by my physics teacher. I already knew I wanted to be a scientist, but he had such an incredible sense of humor about science and took such delight in teaching science. It really inspired me.

After graduating from Yale, I was working as an assistant professor doing research and teaching at the University of Colorado at Boulder. After about six or seven years there, I got a call from NASA, asking if I’d be interested in a job in protein crystal growth, which is what I worked on at the university. I interviewed and was struck by the unique opportunity to work on the budding platform of the International Space Station and see how we could best use it for different kinds of research in my field.

I’m the Biological and Physical Sciences division director at NASA. Our division is quite different from the other parts of the Science Mission Directorate, because the other divisions are a whole field of study, like astrophysics, heliophysics, Earth science, and planetary science. But I like to say biological and physical sciences bring a secret sauce to the study of physics, chemistry, and biology. And that secret sauce is using spaceflight to study things that you can’t on Earth – for example, using microgravity to study combustion.

Get hands-on experience. I think the most important thing you can do is to get experience with practicing scientists, so you can see what it means to do work in the lab or field, and get guidance from actual scientists on your future direction. One thing that was instrumental for me was a summer job I had at the University of Illinois College of Medicine. I supported a project that looked at a drug and how it was distributed in pregnant rats. After that summer, I knew I wanted to work with in vitro chemistry (in a test tube, petri dish, etc.) and not with animals. It was better to find that out early as an undergraduate rather than having picked a thesis project involving animal testing as a graduate student, for example.

Albert Einstein. He came up with ideas that are so novel and so mind-bending that they're still really hard to understand, like relativity. If I could ask him one question, it'd be about his source of inspiration and the creativity that led him to such big leaps.

The NASA Twins Study. It was a once-in-a-lifetime opportunity and such a great team effort. Astronaut Scott Kelly and his identical twin brother, Mark Kelly, volunteered to participate in a study to observe how Scott responded to spaceflight in his yearlong mission, using Mark’s health here on Earth as a baseline. We selected 10 principal investigators with their own teams to work on various aspects of the study. They had to come together and meld as a team with some really difficult issues thrown at them. I was very involved in coordinating the teams and the investigation.

“Doing research in space brings a ‘secret’ sauce to the study of biology, physics, and chemistry.” A conversation with Dr. Craig Kundrot.
NASA Biological & Physical Sciences