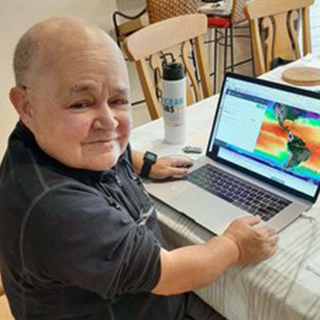 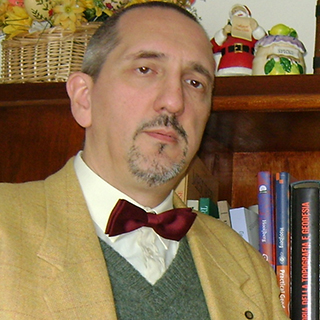 My 5th-grade teacher (whose name I, unfortunately, do not remember), in Daly City, California, praised how well I did on a science test in front of the class! I had never been praised like that by a teacher for doing well on anything. I wondered, “Is science something I am particularly good at learning?”

In 7th grade, another teacher (not a science teacher) encouraged us to see science as a work in progress – not just to be read and understood – but something that we could participate in.

My research advisor in grad school had worked on several NASA projects, and I listened with great interest about his experiences. It sounded very exciting, so I applied to NASA’s Jet Propulsion Laboratory (JPL) when I was close to finishing my thesis.

I work at JPL where we use images from radar data to study Earth's landscape in a different way than from optical imagery. Currently, I am on the science team for an upcoming Earth-orbiting radar mission called NASA ISRO SAR, or NISAR. My main interest is ensuring that the NISAR imagery can be used to create maps of where standing water is present, including those areas obscured by vegetation. I am also leading the overall science measurement validation activities for NISAR.

Learn about internships. I wish I had known more about all the great internship programs NASA has when I was in school. It is a great way to find out what it is like to work at a NASA center.

With airborne projects, anything can happen. You are often collecting unique data sets years in advance of collecting the same type of data from satellites. With airborne data collections, there are many things that could go wrong: Air traffic control might divert the flight; the weather could turn bad; the plane might need to be repaired; or something could go wrong with the data collection. It is a great challenge. It requires many people with different skills to work well together for success.

This radar image was acquired by UAVSAR in 2013. The image shows a huge wetland area in Peru called the Pacaya Samiria. It has been processed so that the colors of the image are a function of how the radar waves scatter off the forests and water.