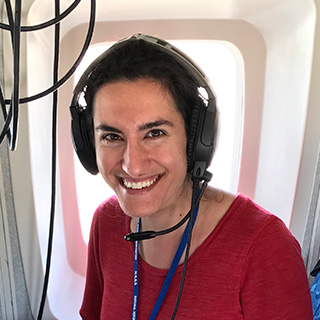 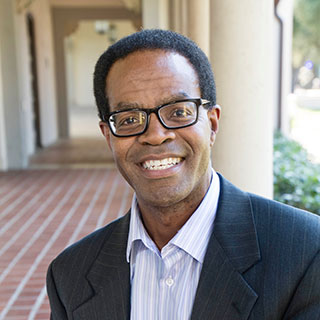 Volunteering with NASA’s Aurorasaurus project gives me the opportunity to participate in exciting, cutting-edge research and allows me to support work on interesting scientific questions. Knowing that what I contribute is valuable to Aurorasaurus is an enormous motivation for me to do what I do. It is also very motivating to me to support a process that aims to open new and valuable data sources for the scientific community. I have the strong belief that observational data from the amateur aurora observer community has a significant potential to advance research on aurora and aurora-like phenomena. And I think that volunteering with NASA’s Aurorasaurus project also helps the aurora observer community better understand how science works.

"One important lesson I have learned is that citizen science volunteer activity has the chance to be noticed and recognized by the science community. It is possible for someone like me to contribute to cutting-edge research."

I work as a laser physicist. I spent several years developing a laser system for an instrument to be sent to the surface of the planet Mars in 2022. Since early 2021, I have been supervising characterization measurements for optical components. I have been interested in astronomy and space science since my early childhood, and I enjoy spending time in nature and with my family in my free time.

The process of science was not new for me when I started to volunteer with Aurorasaurus. I've been working as a physicist for years. However, it was a completely new experience for me to work in a specific field of space science and to learn how citizen scientists and scientists can combine their knowledge to open up new research opportunities. I have learned through my own experience that data on specific observations in nature can become almost lost in the literature and be forgotten. I learned that such data can be rediscovered after many years and, thanks to the scientific process, can be reevaluated in more detail today. I have learned that it is possible for current research to benefit from old scientific literature. And, last but not least, I learned from my own experience that pure chance is sometimes helpful in making discoveries.

"I've been working as a physicist for years. However, it was a completely new experience for me to work in a specific field of space science and to learn how citizen scientists and scientists can combine their knowledge to open up new research opportunities."

My first discovery began before I joined Aurorasaurus. I found, by sheer coincidence, some of Carl Størmer’s old publications describing a phenomenon that strongly resembled STEVE, or Strong Thermal Emission Velocity Enhancement. (STEVE is an aurora-like phenomenon in the upper Earth atmosphere that occasionally occurs equatorward of areas where polar lights typically occur.) I had likely read them years before without realizing their significance. I accidentally opened one from 1935 when I was looking for another of Størmer’s papers. This happened in spring 2018, just a few weeks after I had read the first publication on STEVE by Dr. Elizabeth MacDonald, and it felt like a shock to me when I read Størmer’s detailed descriptions. I immediately started to search for further possible descriptions of STEVE in historical publications. I found a lot, and it felt again like some kind of discovery to me, or more precisely, a rediscovery. Most scientists from the field were not aware of these older descriptions. And it felt like another discovery when I noticed specific structures in STEVE, one of them later presented in our publication in AGU Advances “The Mysterious Green Streaks Below STEVE,” which had not been mentioned in the literature before.

One important lesson I have learned is that citizen science volunteer activity has the chance to be noticed and recognized by the science community. It is possible for someone like me to contribute to cutting-edge research. I learned that more and more opportunities are opening up for citizen scientists to get involved in ongoing research. It still feels a bit surreal to be able to participate in the exploration of a phenomenon that until recently was, although sporadically mentioned over centuries, hardly analyzed and rarely discussed in detail in the scientific literature. It was a great experience, and it still is, to learn that almost all of the many aurora observers I meet are very happy and willing to share their experiences and images with me and the science community. It is their great support that forms the foundation of my citizen science work and that enabled me to volunteer with the Aurorasaurus project.

So far, I have been involved in the publication of two peer-reviewed research publications as a citizen scientist. The first was published in the journal Space Weather and was titled “Early Ground‐Based Work by Auroral Pioneer Carl Størmer on the High‐Altitude Detached Subauroral Arcs Now Known as ‘STEVE.’” We report on observations of a specific type of aurora-like structure observed in the first half of the 20th century by the Norwegian aurora pioneer Carl Størmer. We interpret these observations as examples of early observations of STEVE. I was recognized as first author in this publication because I was the one who rediscovered Størmer’s nearly forgotten publications and recognized their significance for the current research on STEVE. The Aurorasaurus blog made a post about our paper as well.

The second article was published in AGU Advances with the title of “The Mysterious Green Streaks Below STEVE.” I am one of the coauthors of this publication. In it, we describe for the first time the structures in STEVE that, unlike typical discrete auroral structures, are not aligned to Earth's magnetic field lines and are most likely triggered by local energy sources. Typical aurora structures are caused by charged particles, mainly electrons, streaming from the magnetosphere of Earth into the upper Earth atmosphere, where they collide with its constituents, causing polar lights. One of my contributions to this publication was the development of a mathematical model to calculate the height of these structures based on citizen science images. Another contribution was the identification of simultaneous citizen science observations analyzed in the publication. The structures described in the publication were identified independently in citizen science observations by the researchers involved in the publication and me.

First of all, don’t hesitate to contact scientists involved in citizen science projects and tell them that you would like to contribute to a citizen science project (or just join in via the project website). Do not give up if your first try was not successful. Scientists and citizen scientists do not always speak the same “language” or, to be more precise, often use different conceptual models and terminology when they think about and talk about their work and passion. This can be some kind of barrier in the beginning. Volunteering in a citizen science project does not only mean that you support science. It also gives you the opportunity to deepen your knowledge of a fundamental language, the language of science.

Unfortunately, the current coronavirus pandemic hasn’t allowed me to meet a lot of scientists or other people interested in my NASA citizen science work in person. A great inspiration from the beginning was Dr. Elizabeth MacDonald of NASA’s Goddard Space Flight Center with all her incredible help and support! Dr. Joshua Semeter of Boston University, who led the second peer-reviewed publication I contributed to, also inspired me to learn more about STEVE. Besides the scientists, there are numerous aurora observers worldwide who inspired me a lot with their help, passionate photographic work, and visual observations of STEVE and more typical aurora. A list of these names would be rather long.

The short answer is as much as possible, but it is always less time than I would like. Volunteering with a citizen science project without getting any financial compensation often means that you do not have as much time for this activity, for your passion, as you would actually like to have, especially in times of a pandemic. My goal is to find some time each day to at least think about my citizen science work. The time varies between that and working for several hours on it, depending on many factors.