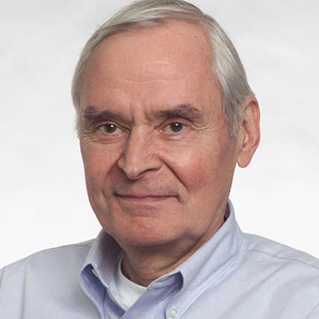 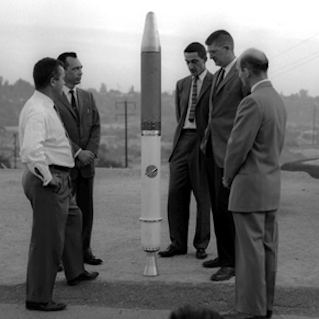 I am a Los Angeles native but my parents are from Mexico.

You loved spaced and science since you were a little kid. What first sparked your interest?

I was in love with the beauty of space. It was my introduction to appreciating the beauty of complex, chaotic things—black holes, giant gas planets, or killer asteroids—that got my imagination riled up. I would go to the library and check out books about space and the world around me. I was a visual sponge, absorbing ever colorful picture and dreaming about one day seeing something like Saturn up close.

How did you end up making your way to NASA’s Jet Propulsion Laboratory?

I went to a high school that fortunately had a robotics team and allowed us to take college level physics and calculus. It got me super excited and proud to be a nerd! We called ourselves the Nerd Herd. With that pride and excitement, I went to Cal Poly San Luis Obispo, where I majored in aerospace engineering. Although it was tough, I always had the dream of working at JPL to motivate me. I struggled, but I knew I had to be better, and eventually the best, to get an opportunity. When I was finishing graduate school, JPL came to the career fair looking for engineers. I brought my A-game and it got me an interview on lab, which led to a job offer. This will sound pretty cheesy but I’ll never forget that phone call. It was a great moment.

Did you struggle with math and science?

The math and science classes were freaking hard. Math is hard and science is hard. There’s a golden nugget, though: Can you approach a problem, struggle with it and find a way forward? I always felt like I had to study five times more than my peers just to do well. Slowly but surely, as I developed that foundation and confidence, my upper graduate courses were easier. It was slow and steady for me but it all came together in the end. The struggle made me the engineer I am today.

When things got tough for you academically, how did you push through?

Sheer grit. Grit is one of my favorite words because it really describes my first couple of years in college. Grit is just pushing through and having a strong sense of perseverance. I saw the end goal and I knew that if I couldn’t figure out this problem, if I couldn’t get my ego in check, or if I couldn’t ask for help, I would not be able to get to that point. It was such a driver to work for JPL, to be part of these missions. There was no excuse—I just had to figure out a way to find a way within myself.

You’re working on Mars 2020 as a systems engineer. Tell us about your job.

Being a systems engineer is like being a firefighter, a jack of all trades, problem solver and professional organizer at the same time. In payload systems engineering, our job is to make sure that the science instruments we send to Mars have been designed, built and tested to complete their science investigations once they’re on Mars. I often find myself working on very different problems—from troubleshooting on hardware and “putting out fires,” as we call it, to communicating technical topics with teams across the world and doing deep dives into the design of the instrument, all in just one day.

You experienced racism, sexism and bullying growing up. How did those experiences shape who you are today?

Although the experiences weren’t pleasant and have left a few scars, obstacles are obstacles. We still learn something as we overcome them. When I was younger, I felt inadequate after those experiences. I felt like I wasn’t cut out for engineering, let alone working at NASA. Now, working at JPL and on Mars 2020, I feel so empowered and comfortable overcoming tough challenges because it’s nothing compared to what I have faced.

On learning to build confidence:

It’s tough when you’re in a place where everyone around you is brilliant in one way or another. You want to make the JPL name proud. One day, I want to be known as the rock star engineer that gets called when there are serious problems to fix. Sometimes that anxiety from college comes back; we all have skeletons in our closet. One thing I have to remind myself of is that even if you’re in the presence of brilliance, you have to figure what it is about you that is brilliant.

Your parents are big cheerleaders of your career. How did they support your dreams growing up?

They never got annoyed by me (at least to my face). My parents supported me when I questioned everything. They would allow me to go on rants in the car about the latest book I was reading or the latest thing I learned in science. My mother used to shuttle me to the library and museums just to satisfy my innate curiosity. My dad used to take me to his job to show me all of the electrical hardware he was working on. I was never told I couldn’t do something. They gave me the freedom to grow into the person I wanted to be and it made all the difference.

I’ve had a few favorite projects so far. It’s hard to beat the experience Mars 2020 has given me. I’ve had the opportunity to troubleshoot and figure out tough problems and travel the world to visit our foreign partners building the instruments. When I was an early career hire, I was part of a team where we built a high-altitude balloon for astrophysics applications. That was a fun project because it was filled with many eager-minded young engineers building real hardware. Another fun project was analyzing the risk of Comet Siding Spring—a comet that we were initially concerned would harm our Martian orbiters. I had to perform all kinds of analysis and work with the Mars Reconnaissance Orbiter, MAVEN and ODYSSEY teams to help assess their spacecraft risk and ensure their safety from the comet.

I’ve had several challenges, but learning humility and respect for the complexity of the problems at hand has been my biggest challenge. It’s important to take yourself (especially the ego!) outside of the technical discussions at hand. This is extremely important because at the end of the day, everyone wants the same thing: we want to land on another planet, we want to explore deep space and we want to dare mighty things. The only way to get to the best design and idea is to be open-minded to ideas and criticism. It’s tough but ultimately, that’s what it takes.

Throw yourself into it. Learn about space and engineering. Try building your own robot. Take a online class on astronomy. Get excited and passionate about it.

What do you like doing in your free time?

I love reading. I try to read one to two books per month, which can be a challenge with work. I highly recommend reading "The Right Stuff” by Tom Wolfe if you haven’t already! I also love getting in a car, blasting music and going for a drive. It’s very relaxing for me. Besides that, I love watching movies and rewatching my favorite TV shows. I also try to go outside every now and then!

I’m kind of an onion. I love music from heavy metal and cumbia to jazz and disco. I used to be a fashion model during college—it was a short-lived career but it was fun getting dressed up, learning from photographers, being in a magazine and doing something completely out of my normal routine. I think one of my photos is still up in a jewelry shop in San Luis Obispo. I was recently in Vanity Fair Mexico—this time not for my modeling, but my work here at JPL!

Saturn’s spinning vortex of its north polar storm, because of its chaotic and complex beauty.