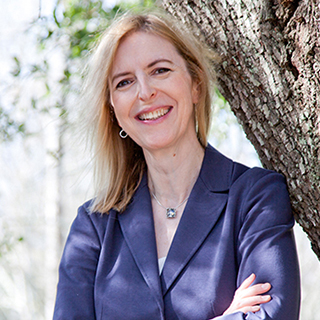 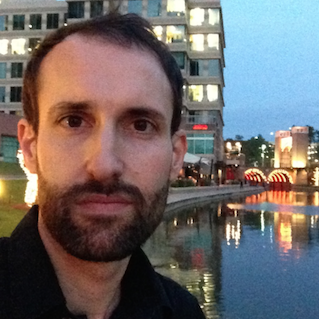 I was interested in comet observation as a young person and heard about sungrazers from a friend. Reading up on them, I learned that they were a special class of comets that pass really close to the Sun, and I found that very interesting. I looked at the Sungrazer Project and got excited about the possibility of discovery, the chance for getting credit for the discovery, the chance to compete with others to identify comets – all of this sounded fun and motivating.

Over time, several of my peers in the project started getting more serious. Maik Meyer, the friend from whom I learned of the Sungrazer Project, and Rainer Kracht both looked at the vast number of comets discovered online and identified two new comet groups – comets that have common characteristics in their trajectory around the Sun. A professional astronomer found a third group amongst those comets, which showed how close the Sungrazer Project can bring amateurs to professional science.

“Getting this experience with the scientific process early on certainly helped me in my career.”

I, too, got more serious and recognized that a comet under observation was the same one we had seen four years earlier. This was the second shortest period ever seen in a comet, and it is the short-period comet that gets closest to the Sun. I wrote a paper – my second scientific paper – that was published in a proper scientific journal just when I was starting my Ph.D. I made a prediction for when the comet should reappear, and this was confirmed by other citizen scientists a year later. Getting this experience with the scientific process early on certainly helped me in my career.

Astronomy fascinated me since I was 6 years old, when my grandmother took me to the Stuttgart planetarium for the Christmas show. They showed the night sky and then talked about the conjunction between Jupiter and Saturn as a possible explanation for the “Star of Bethlehem.” I was fascinated! I told my grandmother I wanted to come back for every new show, and we did, once a month.

A year later, I got a small telescope to look at Comet Halley. A local amateur astronomy club formed near my town, and I went there to see the sky through larger telescopes. At that time, I decided that I wanted to become an astronomer and study physics, which is how you become an astronomer in Germany. I knew I wanted to do that. When I was 16, I bought a telescope, a pretty big and expensive one for a high schooler. I worked over three summers to be able to afford it, first as a stonemason, then as a plumber - those skills still come in handy! After school and a compulsory year of civic service, I started undergrad and got involved in the Sungrazer Project.

I’m a Professor and Head of the Astronomy Group at the University of Southampton.

When I was an undergrad, I was totally into comets and the solar system. But then I got offered a Ph.D. studying active galactic nuclei. Every large galaxy in the universe hosts a supermassive black hole in its center with masses in the range from millions to billions of times that of our Sun. About 10% of these black holes actively draw gas and dust from their environment. As the mass flows towards the black hole, it forms a swirling disk that becomes hotter and hotter and starts to radiate light from the vicinity of the black holes, which themselves are dark. I investigate how this process works, when and why it happens, and how it influences the host galaxies.

“Perseverance is something that comes naturally to me, and it’s something I have developed through my running and in my science.”

My main hobby outside of science is long-distance running – I run marathons. Perseverance is something that comes naturally to me, and it’s something I have developed through my running and in my science. I noticed that endurance sports are common amongst astronomers – long-distance swimmers, runners, triathletes. There’s been research into the correlation between perseverance and success in academia, which is interesting and something that makes sense to me. So, running and astronomy are things that fit together quite well.

What did you learn about the process of science from your time on NASA citizen science projects?

I learned so much from the Sungrazer Project about what was involved in astronomical research. Nowadays, you go to a Zooniverse project and the images are already processed for you; you just look and click yes or no. With Sungrazers, we were mostly on our own. Two or three people from NASA oversaw the project, but they doing so on the side. We had a long list of image triplets that you could download from the data collected by two of the instruments onboard the SOHO spacecraft, which is the joint NASA-ESA Solar & Heliospheric Observatory mission. New images were available every 20–30 minutes; you downloaded them and combined them into a movie to be able to identify anything moving in certain directions – these were the comets. Then you had to check the orientation of your images and submit positions of what you suspected to be a comet to a website, so that it could be confirmed or discarded. If it was confirmed, one of the scientists at NASA would pick it up, turn it into a proper set of astronomical measurements, and submit it for publication in the relevant circulars where new comet discoveries are announced.

“We were all amateurs, people from all backgrounds ... There was no one with an astronomy background; we all learned together, with some friendly competitiveness.”

Sungrazers fostered a small community of a dozen or so of us from all around the world who were looking at images on a daily and nightly basis. We were all amateurs, people from all backgrounds. We had a Chinese school pupil, a German high school teacher, a technical engineer, an Italian salesman, IT specialists from the U.K. and Australia, people from the U.S. There was no one with an astronomy background; we all learned together, with some friendly competitiveness. Over time, people developed new methods, like digging into the archive of raw data or strategies for getting images earlier. Three or four people were very successful at discovering comets in the old data, and on the way, learned how to process scientific imaging data. We were a self-sustaining science community, continually developing new methods, innovating, pushing the limits – exactly what science does so well.

In many other citizen science projects – and University of Southampton is running a new one called Aurora Zoo – you’re classifying things. You may see something interesting, may flag it for scientists. Sungrazers was – and is – completely different. You didn’t classify; you tried to discover and find something before others did. All those who participated, after a few years, were the world experts in this type of discovery work.

My identification of the periodic comet was published in a peer-reviewed journal (Hoenig 2006, A&A, 445, 759) and also highlighted in a 2007 NASA news feature. It was also published in the International Astronomical Union Circular under the comet’s official name, P/2007 r5 = 1999 R1 = 2003 R5 (soho), once the comet reappeared as I predicted.

“… you learn so much about handling data, data processing, how astronomical objects move through the solar system, etc. It’s a worthwhile task just for all those skills.”

We’re aware that not everyone has equal access to speedy computers and internet signals. Was this a problem for you? And if it was how did you overcome it?

At the time I was active in Sungrazers in the early 2000s, a 56k modem was the top of the line. Over time, faster connections came into play. Those in our group with higher speed connections had a competitive advantage. Others found creative ways to get around that.

These projects do exclude those who have a scientific interest but lack those tools. One good solution is for projects to work with schools – this can actually work magic to reach an audience that you would otherwise not reach. I think about this much more now that I’m a faculty member at a university. I’m very interested in finding ways to encourage more young people, particularly girls and those from disadvantaged backgrounds, to get interested in science, and discovering effective strategies for how we can best support them.

I haven’t had a look at the Sungrazer Project in more than 10 years, but what I remember is that there is a learning curve. There weren’t any official tutorials – some volunteers made tutorials to help others get started. But it takes some time to understand the process. During that time, you learn so much about handling data, data processing, how astronomical objects move through the solar system, etc. It’s a worthwhile task just for all those skills, and that is probably true for most citizen science projects. You come to the project with no background, do a few classifications, do a tutorial, learn things, and as you learn, you start to wonder. It’s a great starting place to tickle your interest in astronomy. If you stick with it, you can’t help but learn a lot more about science and about the topic you are working on – it’s a great way of learning, much more engaging than sitting in front of a book. It’s the way children learn – by doing and trying.

Before I started with Sungrazers, I attended a comet observers conference in Cambridge, England, where I met Doug Biesecker, who was then with NASA on the Sungrazer Project, and Maik Meyer, a devoted comet observer and citizen comet-hunter who would later have a group of comets named after him. Meeting them got me started – they told me about the project.