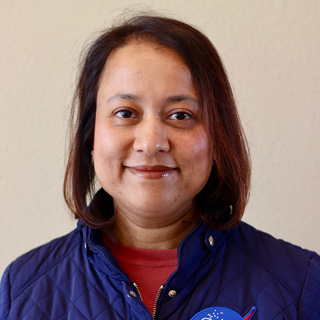 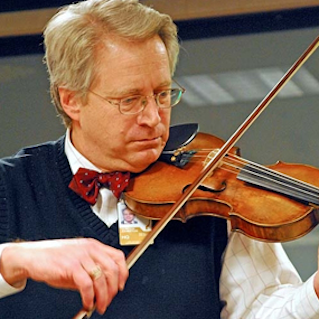 For as long as I can remember, I've been interested in science. I went through a "dinosaur phase," and still remain fascinated by paleontology. (Every so often, I consider trying to obtain a fossil of a trilobite.) At some point, I looked up and got hooked on the stars. I remember sneaking onto the roof of our garage, which I could access from a second-story window in our house, and just looking up. I also devoured all of the books on astronomy in our local library, and I became entranced by the concept of Very Long Baseline Interferometry (VLBI) – a type of technique in astronomy that combines multiple radio antennas, even those in space, to create a telescope as large as – or larger than – Earth.

Quite accidentally. While I've always loved astronomy, I never had a burning desire to work at a NASA center. However, an opportunity arose to work at NASA’s Jet Propulsion Laboratory (JPL). I took the chance, and have not looked back.

A variety of tasks. I "wear different hats," as one often does, not devoting all of my time to one project, but working on many. I endeavor to make NASA's Deep Space Network more productive scientifically. It is already a critical element for many NASA missions – without the DSN, there'd be no way to transmit the data back to the Earth for scientists to make discoveries. However, the DSN antennas can also be used for radar and radio astronomy observations in their own right, and I'm always looking for new opportunities to use them for those purposes or encouraging others to do so.

I am also the Project Scientist for the Sun Radio Interferometer Space Experiment (SunRISE). It is essentially a flying VLBI telescope, not quite as big as the ones described in the books that I checked out of my hometown's library when I was a boy, but it will be the first to fly in space. I am working to ensure that it delivers all of the science, and more, that we want for studying the Sun. Further, SunRISE may be a stepping stone to a future, larger VLBI telescope in space.

Be curious and flexible, and get a broad education. In terms of being flexible, I spend some of my time engaging in activities related to radar astronomy. That's not why I got involved in astronomy, it's not why I accepted a position at JPL, but I've had a chance to get involved, and I hope that I've helped make some improvements.

Further, in terms of education, science and math are of course critical elements for a science or engineering career at NASA, or in the aerospace industry more generally. Being able to communicate one's ideas is also vital, which means a command of the English language. Researchers often write proposals – many proposals. Being able to express one's ideas or work can sometimes be the difference in terms of being able to continue that work.

Before coming to JPL, I was fortunate to work on the 74 MHz system on the Very Large Array. The system was new and improved, and we had the opportunity to explore the low radio frequency sky in a way that few had previously. Moreover, since radio astronomy started at frequencies not too different than 74 MHz, it was as if we were going back to the roots of radio astronomy.

Since coming to JPL, my favorite project has to be SunRISE. Astronomers have discussed having a radio telescope such as SunRISE for 30+ years, and it is exciting to be able to do it. Moreover, SunRISE is at a lower radio frequency than the 74 MHz VLA, so it is in some sense a continuation of that earlier work.

Part of being an astronomer is traveling our home planet. I've had the privilege to speak about astronomy on every inhabited continent, and I still get a thrill to get glimpses of my home planet from the air. In 2020, my best friend and I went hiking in multiple U.S. National Parks. I became hooked. I wasn't sure that I would enjoy it, but there are breathtaking views, both of the geology and the night sky. One notable consequence is that we now consider hikes less than 9 miles (15 km) in length to be "short"!

Just one? The classic photo of Earth, the sole habitable planet that we know, hanging in the darkness of space as viewed by the Apollo 8 astronauts.