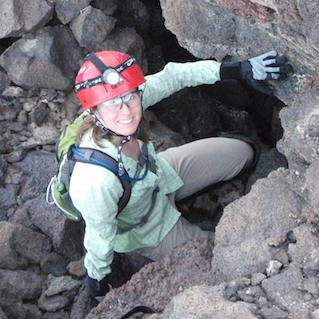 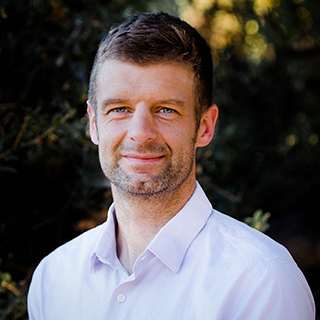 As a young girl, I was first interested in space and science by watching “Star Trek.” We used to watch it as a family growing up. I remember the very first episode that I watched was this episode of “Star Trek: The Next Generation” when the Enterprise is thrown into a completely unknown part of the galaxy. Just the images of space in that episode and how it was so new and unique, and they knew nothing about it, really captured my interest.

I had internships with NASA starting in high school. Actually, my first internship was at Goddard Space Flight Center after my junior year, and I kind of kept that up all throughout undergrad – I interned at [NASA centers] Goddard, Kennedy, and JPL.

My Ph.D. thesis was an experiment that was on the International Space Station. It's called SPHERES, which stands for Synchronized Position, Hold, Engage, and Reorient Experimental Satellites. Basically, it’s a set of small satellites that look sort of like the seeker droid that Luke Skywalker used to practice his lightsaber techniques on – somewhat modeled from that – it was a testbed where we would try out control algorithms in microgravity.

So yeah, it was always something I wanted to do (to work in the space program) once I realized what engineering actually was and what it could do.

On the first day of my JPL internship, I just remember the excitement of driving on campus, like being able to pass through the gates for the very first time. That was exciting.

When I started as a full-time employee at JPL, I was on the Cassini mission, and it was about six months or so before Cassini reached Saturn. That time was super exciting because we were really getting close to Saturn. I remember the images starting to come back as we were getting closer and closer. The scientists would put “was/is” pictures of what we knew (what was our best image yesterday), and then they would put up the images that had just come down. It was just so incredible to see the clarity of the stuff that was just starting to come down as a glimpse of how much we would learn from Cassini.

My current job title is the technical group supervisor for the Guidance, Navigation, and Control Systems engineering group. I just started about two months ago [in March 2021].

Previously, I worked for the past eight years as the Mars 2020 Perseverance rover guidance, navigation, and control (GNC) systems engineer. As part of that role, I worked from the very beginning of the mission's formulation to help architect and design the GNC subsystem – going all the way from paper design through ATLO [Assembly, Test, and Launch Operations], and then I transitioned to being the guidance, navigation, and control operations lead through launch, cruise, and landing.

So that was my job for the past eight years, and landing day was Feb. 18, 2021. After landing day, I transitioned to this new job, in which I serve as our technical group supervisor. This role helps support the group members who do the same job I did, but across multiple missions [instead of just one mission]. I do the staffing for different projects, and I mentor all of the group members, sitting on reviews for each of the different projects.

Find your passion and don't give up. There's an intersection between what you're really passionate about and knowing yourself and what you're good at. And if you can find the role that you're both passionate about and you have the natural skills to succeed in, I think that's your best bet to succeed in life, because you'll enjoy what you do and you'll have the natural skills to help you succeed in that field. Don't give up. We learn just as much, if not more, from what we perceive as failures than we do from our successes.

In the talks that I give there are three pieces of advice that I focus on:

The second thing is to create a good support system. Success for one individual person is usually not done just by that individual. Right? You get guidance from people – mentorship – you get support, whether it's just encouragement or whether it's actually, “Oh, I'll help you do this part while you can go do that.” Creating that support system, especially at home – surrounding yourself with friends and family and people who support and encourage you – goes a long way to help you achieve what you want to. I know we don't get to choose our family, but we do get to choose our partners, and we definitely get to choose our friends. Having people who bring you up rather than tear you down, I think, is a huge thing to be conscious of – that is, how your interactions and your support system are helping or hurting you.

The third one is to actively do your best. Some doors will appear in front of you, other doors you have to build yourself and go through and create your own opportunities. What does it mean to try? What does it mean to actively do your best? Sometimes it means to take the initiative to do things – even if there's nobody asking for it – because you never know where it may lead. You never know what you'll learn from those experiences.

Honestly, the biggest challenge in recent years is trying to kind of find the elusive work-life balance. I have a very demanding job – especially in the past few years – getting the spacecraft [Perseverance] to launchpad and launched. I have two little kids at home, and through the pandemic, it just became a little bit more difficult to juggle it all at the same time. I don't necessarily know that I've overcome it. It's more of a constant prioritization, where every day you wake up and determine what's the most important thing to get done and kind of pay attention to both sides at once.

One of my mentors that inspires me is MiMi Aung. She is the manager of the Mars Helicopter. She's just a really cool person and technically sound. I really admire the way that she is able to focus on a problem and see the different paths, and to be able to keep marching forward on a particular path and rally the people around her to go do that.

That's a bit like picking a favorite child! I guess I'd have to say Mars 2020. I spent so much of my career, so far, on that mission. To finally see it through and to have it work...It's just an incredible feeling.

All the projects have been super cool, especially the ones that flew. I worked on Cassini, GRAIL, and then Mars 2020, and my roles on each of those projects were very different.

With Cassini, I did general systems engineering and operations. And on GRAIL, I did orbit termination. And then on Mars 2020, I was in the Guidance, Navigation, and Control team.

One of the projects I have a soft spot for, which actually got canceled, was a project called OpTIIX [Optical Testbed and Integration on ISS eXperiment]. It was a telescope assembly project on the International Space Station. And the reason I have a soft spot for it is that my Ph.D. thesis was on the autonomous assembly of space telescopes. And OpTIIX was going to be the first telescope assembled in flight. It was really cool to be able to work on that when I was so close to finishing my Ph.D. I was like, “Oh my gosh, I just finished my Ph.D. and I can actually do it for real now, not just on a piece of paper.” But for various reasons, it didn't move forward.

What are some fun facts about yourself? (Hobbies, cool places you’ve been, personal anecdotes, etc.)

I'm a big Star Trek fan. I like to decorate and bake cakes. I actually decorated a cake for our Mars landing-minus-one-year party, which happened to be a month before the [COVID-19] pandemic. It was one of the last times the team got together in person [before the pandemic]. I made a little logo out of fondant.

I've traveled to a lot of places. I’ve been to Italy, Greece, Switzerland, France, Holland, England, Scotland, India (obviously), Australia, South Korea, Japan, and Thailand. Oh, and I’ve been to Canada and to Hawaii, too!

I love tea. I actually went through a tea program here in Los Angeles because I love it so much.

The Hubble Horsehead Nebula image – because it's so different than what you look up and see in the sky. If you just go and look outside, you see a starfield in a black sky and twinkling star lights. But the Horsehead Nebula – the images of the structure and the colors, and the context – just really captured my imagination. I think it was the first time I realized that there's other stuff out there in different forms than just stars and planets.​