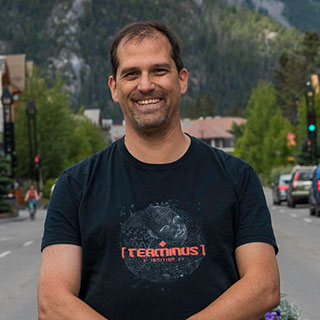 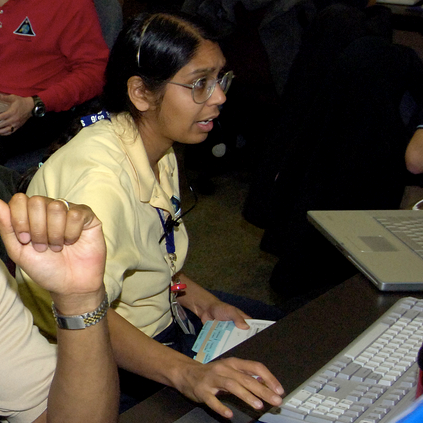 I learned about the Zooniverse platform via a TED conference video and was interested by Backyard Worlds because it was well explained and it looked like a real treasure hunt – a gold panning of the sky. The opportunity to find Planet Nine was captivating, so I jumped in!

I was continuously motivated by the positive feedback from the team, who didn’t treat me as an ignorant guy who clicks on the pattern he’s supposed to click, but as a real partner of the project, at the same table as the pros.

For Backyard Worlds, I made YouTube videos (here’s an example) to explain the tools to new users and help them in a world that can be intimidating and messy at first (e.g., VizieR tables…).

I work as a pulmonologist in a hospital in the city of Pau in southwestern France. I've been particularly busy dealing with COVID patients.

I also co-founded a startup working on e-health software.

I also do some music, read a lot, and am interested in philosophy.

I finished seventh at the 2004 Rubik’s Cube French championship, and I have a pet snake that escaped to a wedding dress store and made the national headlines for that. (Note: That isn’t literally a hobby.)

I learned about the way astrophysicists use big sky surveys to find objects of interest, how they compare objects to find the ones with unusual properties, the way they write proposals for telescope time to study these objects of interest – in other words, I learned about an astronomer’s daily life, which is mysterious when you think of it. I learned that no matter how accurate and clever you are at finding stuff, all your effort can be ruined by a simple cloud above the telescope.

I was grateful for being credited in several papers for having pinpointed some of the objects of interest. These papers are:

This list of publications is very gratifying to me. Very few physicians have articles published in fields outside of medicine. I now officially have more publications in astronomy than medicine!

I do not have that problem. For the complicated and consuming tasks, I just send them to my buddy citizen scientist Dan Caselden. He runs it on his servers, so I can relax and enjoy my evening.

Backyard Worlds, of course! It lets me discover new stars, be the first human to look at an object “as it is,” or find a brown dwarf. I may even be the one to find Planet Nine.

I was once fond of exoplanet projects. They also have the “treasure hunt” feel.

I have discovered several brown dwarfs, some of which were quite rare, so that gave me a lot of satisfaction.

I once thought I’d discovered a new planet in our solar system, a possible candidate for Planet X, but it proved to be just an artifact in the data and an emotional rollercoaster for me.

I learned the Python computer language for the project. It was great to learn a new skill. (Note: By the time I’m writing this, I’ve forgotten Python for the most part.)

Finally, I had to relearn which side of the triangle was involved in the cosine formula.

You can try different projects and stick to the one you like the most. Important advice: Don’t be shy! Don’t be intimidated if you’re not in that astronomical field, don’t hesitate to ask the pros; they are here to help you just as you are here to help them!

I like the general approach of the Backyard Worlds team towards amateurs. That’s a very modern and pragmatic approach to science, which I never saw in Europe. Hats off for that! I also like the energy and passion that Jackie Faherty brings to the project and its meetings.

Several hours per day at the beginning, but now I’ve slowed down because my work and other activities don’t leave me much time.

Right now, I spend some time, an hour or two, listening to music and checking the objects on my list.