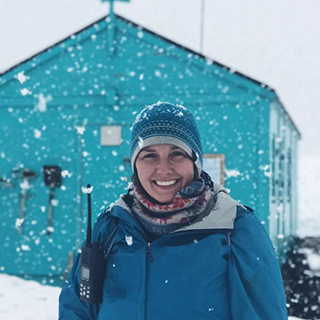 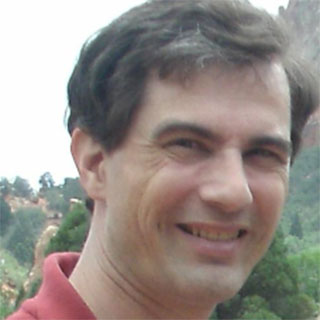 The eruption of Mount Saint Helens on May 18, 1980, was a pivotal event in my life. I was a sophomore in high school and living just outside of Seattle, Washington, at the time. The eruption impacted everyone living in the Pacific Northwest. The unrest at the volcano was in the news for many weeks leading up to the climactic eruption. I could actually hear the eruption itself on the morning of the 18th (although I heard it about 30 minutes afterward, as it took that long for the sound to travel). Subsequent eruptions in the summer of 1980 covered everything in ash. I was in awe of the incredible power of the eruption and the ability of volcanoes to both create and destroy a landscape. The eruption drew me to study volcanoes in college and eventually to pursue a career focused on volcanism throughout the solar system.

In the mid-1980s, the idea of using satellite data to study volcanic eruptions was still relatively novel. My graduate research used images from weather satellites to study the transport of ash clouds from several eruptions (including Mount St. Helens). From that work, I was very lucky to get my first job at the Jet Propulsion Laboratory (JPL), where I worked on a project to develop a mission concept for an orbiting volcano observatory. After only a few months at JPL, the Voyager 2 spacecraft flew by Neptune. It was amazing! I was drawn to planetary science where (at that time) all science was conducted using remote sensing satellite data! I have been fortunate to spend my entire career working in space science and have had the pleasure of working at JPL, NASA's Goddard Space Flight Center, and for a private science research company that I helped manage.

​As the director of the Planetary Science Division (PSD) of NASA's Science Mission Directorate, I oversee all of NASA's flight missions and science research that is focused on ascertaining the content, origin, and evolution of the solar system and the potential for life elsewhere. In addition to the incredible science that PSD enables, we also lead many activities related to Planetary Defense, both to prevent Near-Earth Object (NEO) impacts on Earth and to identify NEOs that pose potential threats to Earth.

The one piece of advice that I would give is to follow your passion. If you do what you love, you will love what you do! A big part of that advice is to always keep your eyes open for new opportunities to learn and grow, and don't be afraid to step out of your comfort zone. By increasing your knowledge and expertise in areas you are interested in, you set the stage for having a unique combination of skills that are perfectly suited to the career you choose.

My mother was an incredible inspiration for me. She was an aeronautical engineer in the early 1960s when women were extremely rare in that field (less than 1% of the workforce). In addition to a successful career designing airplanes for the Navy and for Boeing (including a short time working on the Space Shuttle) she also raised two kids as a single mom. She raced sailboats and motorcycles, and she loved to spend time with my brother and me. She was an amazing role model as a woman, a professional, and a mom. I have always aspired to carry on in her footsteps. She was diagnosed with lymphoma in 1998, and again her strength and determination were extraordinary. After fighting a heroic battle with incredible determination she finally succumbed in 1999. I miss her greatly.

Some fun facts are that I am married to my high school sweetheart (we went to senior prom together), and he was the original lead singer of the heavy metal band, Pantera. Following Pantera, he was in the band Lord Tracy, which had a couple of videos on MTV (back when they showed music videos). He is still an active professional musician. I love watching him perform and always have music and art in our home. I also really enjoy sewing, needlework, and knitting. When my two daughters were growing up, I devoted much time to sewing ballet costumes for the professional ballet company where they took classes and performed.

"Keep your eyes open for new opportunities to learn and grow, and don't be afraid to step out of your comfort zone."