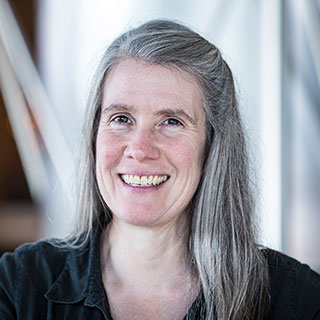 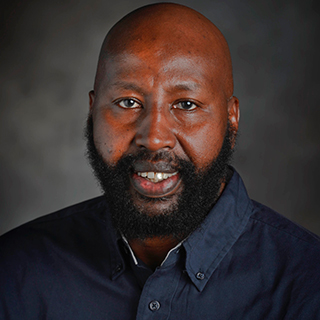 ​Cynthia Phillips is a planetary geologist at NASA's Jet Propulsion Laboratory (JPL), where she serves as the Europa Clipper mission’s project staff scientist and project science communications lead. She is also the deputy project scientist for the Europa Lander mission concept. Here Cynthia talks about her path to planetary science, being a woman in a traditionally male-dominated field, and the thrill of space exploration.

​Where are you from?

I grew up in Concord, Massachusetts. It’s a suburb of Boston and the hometown of famous authors such as Louisa May Alcott, Henry David Thoreau, and Ralph Waldo Emerson, as well as the home of Walden Pond (where I took swimming lessons!).

Where did you go to high school and what was that experience like?

I went to Concord-Carlisle High School, a mid-sized public school, where I played viola in the orchestra and was part of the math team, Science Olympiad team, and drama club.

I was always excited about astronomy, but it was also kind of disappointing when I actually did it. My dad would drag us out at night to look at something through his telescope and it was always the middle of winter somehow. It was freezing. He’d spend an hour finding a galaxy, and then all I’d see is a faint, fuzzy blob.

But I came from a family of science nerds, and I always liked science, astronomy, and physics. So as a teenager I convinced my parents to let me stay up all night to watch the “Neptune All Night” special on public television. It was a live feed of the JPL control room during Voyager 2’s Neptune flyby. The scientists would crowd around a screen to see images from the spacecraft. Among them was Carl Sagan, on Voyager’s imaging team. At one point, studying an image on a monitor, Sagan said, “Wow, I have no idea what that is.” I then realized there were unexplored places in our solar system. We were on the cusp of an era in which points of light in a telescope would transform into real worlds that we could study and understand. That’s what I wanted to do, to be in the control room when the data came down from a spacecraft – when we see a planet or a moon for the first time.

Where did you go to college and what was it like?

I went to Harvard and started as a physics major. But I discovered that this new field called planetary science was where people studied the planets, so I added astronomy and astrophysics as a joint major to steer my studies toward planetary science.

I also played viola in an orchestra and a string quartet, and did set construction, and was stage manager/technical director for a bunch of plays.

For my senior thesis, I studied Venus data from the Magellan spacecraft.

I went to the University of Arizona for graduate school and studied planetary science with a minor in geoscience. I worked with new images of the moons of Jupiter from the Galileo spacecraft, which is when I fell in love with Europa. The internet existed by then, so we didn’t get to sit in the JPL control room to receive spacecraft data in real-time. But because I was one of the youngest members of my science team and was good at using a computer, I was the one transferring the files, getting them on the screen, and stretching them correctly. The team crowded around my computer to see new images, just like I’d watched the Voyager team do at JPL. It was amazing.

When Galileo ended, everyone thought there would be another Europa mission. So I took a position at the SETI Institute thinking I’d only be there for a few years. In reality, I stayed at SETI for 15 years because it took that long to make the Europa Clipper mission real. Then I came to JPL.

What is your favorite thing about the work you do?

The excitement in what we do here at JPL. Sure, I go to the office, attend meetings, and deal with spreadsheets and budgets. But every now and then I step back and think, “The stuff I’m doing might seem mundane, but it helps a mission to Europa or helps build a Mars rover.” It also brings me joy to mentor students and then watch their careers. It’s like having a bunch of extra kids. I enjoy remembering them at the beginning, and seeing how far they’ve gone. Some of my former interns have finished grad school and are becoming professors.

Be open to many possibilities! I started out interested in studying planets, but it took me a while to pivot to planetary science. And your skills and experience can be applied in surprising ways. As a kid, I was obsessed with the computer drawing program MacPaint and liked to zoom in and edit individual pixels. That experience came in handy in college and graduate school where I became an expert in scientific image processing, which can involve editing images at the pixel level to combine multiple images into a beautiful mosaic of another world.

What has been your biggest challenge, and how did you overcome it?

I was often the only woman in my science and physics classes in college, and my classmates made it difficult to connect and break into a “members only” culture. There were no female physics professors during my undergrad years. In grad school, my department had plenty of female students and maybe two female faculty members. The faculty, at the time, came from a generation where women had to fight for every inch, which made it challenging to look to them for support when I was faced with similar challenges during my studies.

It’s been refreshing to see a lot of female scientists and engineers at JPL, and I believe our next focus should be on increasing female representation in mission management and top scientist roles. So when I go into a conference room with chairs at the table and chairs along the walls, I make a point of sitting at the table. If I’m organizing a workshop or a conference session, I consider diversity so that underserved and underrepresented voices are heard. But I also see university departments that used to have no female faculty members now have several female faculty members, and Europa Clipper’s very own project manager is a woman. It takes time, but we’re making things better.

Dr. Jill Tarter inspires me. As she’s grown increasingly influential, she’s used her power to speak up for people who haven’t had a voice, and to say things no one else has the guts to say. When I was at the SETI Institute, she was unfailingly generous with her time and resources. She mentored students in the internship program I ran many times, and took them on field trips to the Allen Telescope Array. She was a good sport about appearing in student music videos and doing live-commentary viewings of the movie “Contact” with students. Also, my partner Shana is an inspiration. We’ve been together 25 years and we have 5 kids. She is incredibly efficient at helping keep our household running while also working full-time for a software company. She amazes me.

In graduate school, I got to work with new images from the Galileo spacecraft, particularly of Io and Europa. I learned to process the images into mosaics and to combine them to make beautiful enhanced-color images, which was my favorite thing to do. Here are two of my favorite images that I processed:

This first image of Europa’s surface shows chaos terrain, where the icy surface has been broken up into blocks that have moved around and frozen into new positions. I combined grayscale images with lower-resolution color data to make this image, which I think is both beautiful and scientifically useful.

This second image of Io shows a volcano called Culann Patera. The different colors have been enhanced to show the different parts of the volcanic center – the dark black are lava flows, for example, and the reds and yellows are sulfur deposits. I love this image because I think it looks like an exotic flower!