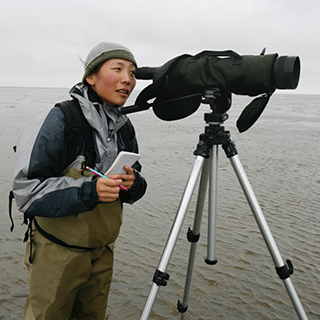 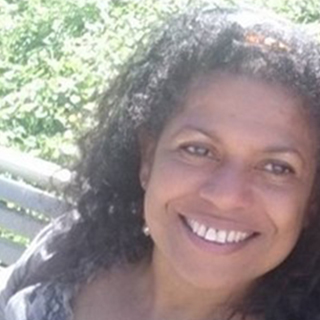 In non-COVID times, Space Flight Operations Manager Jim McClure is the face you are most likely to see if you visit Mission Control at NASA’s Jet Propulsion Laboratory (JPL) in Pasadena, California. If you’re famous and want to learn about JPL, Jim will guide you to the heart of the control room, called the Center of the Universe. Newly hired at JPL? Jim will be your guide for orientation. Sending a spacecraft to the planets? Jim will facilitate your Mission Support Area needs. When that craft turns on its transmitter, the data will flow through the "Dark Room" for the Deep Space Network – a corner of Mission Control for which Jim is responsible.

“Need a cup of coffee? Trash can emptied? I’m your guy,” Jim said. “If it helps our engineers and scientists get their jobs done, I’ll do it.”

How did Jim come to be JPL’s jack of all trades? It wasn’t because of any lifelong plan or early passion for space or JPL.

Jim was born in Jesup, Georgia, but he grew up in La Canada Flintridge, California, and attended La Canada High School just down the road from JPL. In the interview below, he explains that as a boy he only thought of JPL as the place his father – Jim McClure Sr. – worked at what seemed like all hours of the night.

“Early on in my life, I had no interest in JPL, or really space for that matter, but I’ve changed my tune,” Jim said with a smile.

Jim walks us through what brought about the change in tune, and what he does now at JPL.

What eventually sparked your interest in space and science?

My family moved to La Canada in 1968 when my dad started working at JPL. My only thoughts early on were that I hated the place because it took my dad away from my baseball games. He was always working swing shift, and midnight shift, so I just thought of it as my dad’s place of work.

Dad worked in the Deep Space Network inside the Dark Room, and he then got into Mission Control, where he was the flight director for Magellan and Galileo for launch. He was responsible for all of the mission controllers until he retired in 2000.

He was actually involved in the start of the Space Race as well. In 1958, when he was 19 in the U.S. Army, he was in Cuba. He was the actual individual that tuned in the signal of NASA’s Explorer 1 satellite at the Havana, Cuba, tracking station. I have a newspaper article with a picture of him doing it. The fact that he ended up at JPL, I think that’s kind of cool.

What changed for me, and where my passion came from, was seeing the passion and excitement from the engineers and scientists working on Galileo. The emotion that was palpable from these scientists when they would see the data coming back, I took pride in being able to provide that data for them. I don’t understand the data, and I’m never going to pretend to, but I understand what that brings to them.

I went to a small tech school in Missouri because my father had taken a job with JPL working on a DoD project in St. Louis. After graduating, I got recruited by a company called Electronic Data Systems run by Ross Perot – the wealthiest man in the world at the time. I worked for him for five years – in Lansing and Detroit, at GM and Chevy factories as a computer operator, automating the assembly lines.

Honestly, at my 10-year high school reunion at La Canada, I got homesick. So, I quit my job and came back unemployed. My father was back at the JPL campus, working on Magellan and Galileo, and refused to help me get a job. He was so worried about nepotism.

So, in 1988, I sent in my own application and got hired by a contractor, who was contracted to handle all of Mission Control at JPL at the time. My first job was commanding the Galileo spacecraft on punched cards. I went to school to learn about computers, get to JPL, and we’re still using punchcards.

I call myself a full-service organization. I have no employees, but I’m here to help. From clogged toilets to landing on Mars, I’ll do my part.

Tell us about your current job. What do you do?

I got this job because my office was right off the Dark Room, underneath the viewing gallery. I would see JPL management come in giving tours to VIP guests, and people would look up at the big screens that they were talking about. The people just had no idea what they were saying. I never interrupted the directors, but I just sort of stood around, and they started asking me questions. Then finally I just started doing it for them. When they’d come in, they’d call over for me to do it, and then it slowly became more and more a part of my job.

Since 2000, Jim has been in the Mission Support Area for every critical event – around 65 launches, landings, orbit insertions, end of missions, and more. He explains what has changed over the years.

It’s grown into a lot of media engagements over the years. This is funny because I think of myself as one of the shyest people at JPL, but I was sort of thrust into the role over time by managers, and now I’ve been pretty fortunate to meet some pretty cool people, and do VIP tours at JPL, so it’s pretty special.

I call myself a full-service organization. I have no employees, but I’m here to help. From clogged toilets to landing on Mars, I’ll do my part. Everyone thinks I’m the building's facilities manager, but really, I’m just an interface for the projects. If they don’t have time to call somebody and get something fixed, I’ll take care of it.

I’ve learned from our previous director for communications and education, Blaine Baggett, to make sure the trash cans and food wrappers are out of the camera views. He taught me to think like that. Get the clutter off the top of the consoles, “Hide the ugly,” is something I’ve picked up over the years. And these little things make a big deal. We’re doing these historic things, and how you convey it to the public is important.

In addition to his work on big missions, Jim helps new JPL employees and interns learn the ropes.

For about five or six years now – pre-COVID-19 – every Monday morning when the new hires are getting the orientation tour, Deputy Director Larry James comes and greets the new employees at JPL. And so, I spend the first 45 minutes with the new hires, and Larry’s got 15 minutes or so. Additionally, I started inviting the summer interns out to the Dark Room floor and telling them some stories. So now over about 10 or 15 sessions throughout the summer, I end up meeting about 1,000 interns each summer.

A lot of my schedule is really pretty fluid. With the VIP tours from the Director’s Office and managers, I’m really here to facilitate what they want – as long as it helps JPL. And that really allows me to do some pretty cool stuff. It’s kind of embarrassing the superstars I’ve met.

How do you explain NASA missions to the general public?

You’ve got people that run the gamut, from youngsters who love the cool lights, the Lucky Peanuts story, and the Center of the Universe plaque, and then you’ve also got visitors that know 10 times what I’ll ever learn, and sometimes they happen to be 10 years old too, and I’m okay with that. JPL isn’t the place to have an ego when you’re talking to kids.

Getting to do an episode of "Jay Leno’s Garage" at JPL. In 2016, [former JPL director] Dr. Charles Elachi had laryngitis and couldn’t speak the day of the shoot, and he told me to go do it. I said, “Excuse me?” But there I was, walking Jay around the Dark Room floor.

Another favorite was Matt Damon. When "The Martian" was released, he did all of his interviews from the middle of the Dark Room. He did 40 interviews in one day. I thought that was pretty cool.