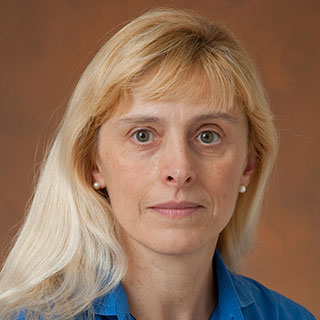 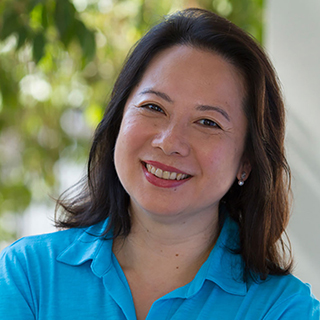 I didn't know anything about space. Sputnik hadn't gone up yet. I just liked math and engineering. The company I went to work for, Convair, was making rockets. It was in the space industry and they were military rockets.

I wanted to be an architect. I couldn't afford to go to a school with architecture, but I thought I could go learn art. It turns out, no, you can't learn art. I would have had to start all over again in engineering. So, I went [to college] for three years, and then I went out and got a job.

I've always liked math. I was good at math. I had a lot of part-time jobs – retail and office work. I knew I didn't like any of those things, so I went to an engineering company and I applied for a typing job, which I didn't do very well. But it turns out they needed a [human] computer. I'd had some experience working for a math professor. They asked me if I liked numbers and I said, "Oh, I like numbers much better than letters." So they put me to work as a computer. There were two of us to support 40 engineers. I just seemed to pick it up right away. Many years later I realized that it might have been a summer school class I took at Berkeley in philosophy, called "logic” – I really liked that class and it's really like programming.

I feel my job is fun, and that's why I go back every day and why I keep learning things – because it's fun.

I've been here [at JPL] since '58, but I took several years off in the middle, so I've been here 51 years now. I got married – just after Sputnik actually – and the commute to my job was much longer. I decided it was dangerous. I was driving on a really foggy day and it was dangerous. So, I thought I would try to find a job closer to home. Because my husband went to Caltech, he knew about JPL. He said, “Why don't you go there and apply?” And I did. They needed human computers too. It was two days before we launched Explorer 1 [on Jan. 31, 1958].

In my current job, I work in a group that makes receivers for NASA’s Deep Space Network. They're what's called open-loop receivers. We do a lot of science, and we also do navigation. I test all of the stuff we build. We also built the communications array used by JPL for spacecraft telemetry. I test a lot, and then I figure out what went wrong when it's delivered and doesn't work.

They need a degree. They certainly need to do well at school. (I would not be hired now at all, given the education I started with.) They need to really like it – I feel my job is fun, and that's why I go back every day and why I keep learning things because it's fun. You really have to like it, not just do it to make money, or to get into an industry that's a good one. But to really like math and science and working with people as a team, because we do a lot of that. It's very important.

I got married. Then I got pregnant and had a son, and I expected to have that as my career for the rest of my life. Then I got, I'd say, "not well"…I got very depressed. I was encouraged to go back to work. I had another son. When my younger son was 3, and able to go to nursery school, I went back to work. I went back to JPL. They found a job for me. By then we had big electronic computers. Before I went to work, I got a user's manual and learned that, so I was just able to go right back to work.

Betty Friedan [co-founder of the National Organization for Women] inspired me back when I went back to work. She was the biggest influence. My parents always supported me. I never had the problem of somebody telling me I couldn't do something. I was lucky my math teachers were women in high school. I was always supported for what I wanted to do.

My favorite one was the Venus [Vega] Balloon. That was a French project on a Russian spacecraft – actually two of them. I got to work on pointing the DSN antennas for the spacecraft and changing the software a little bit. Watching the signal come down – I actually jumped up and down because I was so happy, of course. It was a very, very small project. We worked with the French – you were never allowed to communicate with the Russians at that point.

I have a funny story about that. When they asked me to work on it, I said, "I don't know. It's an awful lot of pressure, so I have two requirements. One is that somebody will check my work every time. The other one is that I get on lab parking." They actually were able to do it. I had on lab parking for the rest of that mission.

I love to eat. I like to cook. I love to go out to restaurants. I like to go to the symphony, and ballet, and theater. I don't like to exercise. I love to travel. I love the Caribbean.