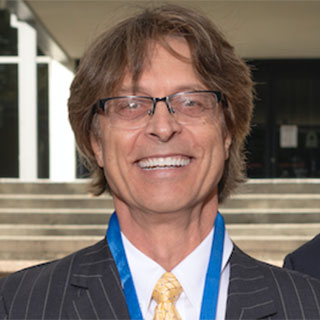 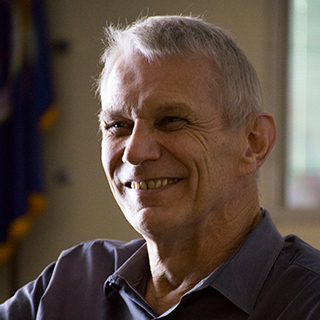 Michael Freilich was director of the Earth Science Division in the Science Mission Directorate at NASA Headquarters from 2006 until his retirement from the agency in February 2019. Mike helped drive the evolution of NASA Earth science from a program that launched an Earth-observing space mission every few years to one that launches several missions each year. Mike died Aug. 5, 2020, of pancreatic cancer. NASA and its partners have renamed a new ocean observation satellite in his honor – it will now be known as Sentinel-6 Michael Freilich. The following tribute to Mike is based on excerpts of past interviews and lectures.

I grew up in a place called Havertown, a western suburb of Philadelphia. (Actually, we were in Ardmore, but it was Haverford Township.) In high school, I joined the oceanography club. I remember really clearly…we were out on the boat, and then I went out onto the beach, and I was sitting on the beach and looking around, and I got this epiphany. I wanted to know: Why did waves keep folding over? All of a sudden it was an incredibly fascinating thing to me. Why is it that waves – they don’t get “peaky,” they get asymmetric with steep fore-faces and long sloping after-faces. And what exactly was causing that? And how would that move the sand around?

That came to me in high school. That’s what I wanted to do. That’s what I wrote my thesis on, and – it, in fact, hadn’t been solved. After my thesis, we like to think that it was solved. That’s pretty much a straight course. It took me through a whole long portion of my career. What has driven me is understanding how nature works.

What has driven me is understanding how nature works.

How did you end up working at NASA Headquarters?

Prior to working at NASA Headquarters, Freilich was a professor and associate dean at Oregon State University for 14 years. He was a researcher and mission principal investigator at the Jet Propulsion Laboratory from 1983 through 1991. At JPL and Oregon State, he also served as science lead on three NASA orbital missions to measure global ocean surface winds. An elected Fellow of the American Meteorological Society, Freilich won several awards, including the JPL Director’s Research Achievement Award, the NASA Public Service Medal, and the AMS Verner Suomi Award. He delivered the National Research Council/Smithsonian Institution prestigious Roger Revelle Commemorative Lecture in 2008. In a Goddard Earth Sciences Maniac Lecture, he described the career moves that led him to NASA Headquarters.

[After college] I decided to take a job as a junior professor at the Marine Sciences Research Center in Stony Brook [New York]. I went to Stony Brook – it didn’t work out. Soon as I got there, I started getting letters from people saying, “Would you like to come here?” [including] a bunch of letters and communications from my friend Dudley Chelton, who was at NASA’s Jet Propulsion Laboratory. So, I actually decided to take a risk. They were trying to set up a satellite oceanography department or group at the Jet Propulsion Laboratory.

We had Seasat [an Earth-observing satellite] that NASA had flown in 1978. It lasted for about 90 days and had a bunch of ocean-observing microwave instruments for the first time, but nobody knew how to analyze the data from anything but the synthetic aperture radar. The program managers decided to put together a satellite oceanography group at JPL to get to the bottom of what this data was and how we were going to measure the ocean. I came in early 1983. My title was project scientist.

I left JPL, in 1991, basically because we had kids. Stan Wilson, my mentor, said, “Why don’t you look at Oregon State?” We looked at Oregon State and we decided [it was] probably the best place to bring our kids. I did everything…the professor thing, the project science stuff, serving on academic committees, university stuff, everything like that. I became an associate dean.

I was all set up when I got a call in 2006 from Jack Kaye, at NASA, asking, “You know anybody who wants to come to headquarters to run the Earth science division?” Both of our kids were on the East Coast by then…and I said, “Yeah, I’ll come to headquarters.” Shoshana [Mike’s wife] and I figured we’d do it for about two years.

During Freilich’s tenure at NASA Headquarters, he oversaw 16 successful major mission and instrument launches and eight CubeSat/small-satellite launches As of 2020, the Earth science program has some 20 additional, large, Earth-observing missions and major, hosted instruments well along in development for launch before 2023.

It has been a great privilege to be able to help strengthen NASA’s Earth science and applications programs and to contribute to advancing humanity’s knowledge of our home planet. But understanding our complex globe takes a dedicated, skilled, and creative team of scientists and engineers. The tight-knit group of NASA professionals at Headquarters and the Centers, along with our colleagues in industry and academia, is among the best that our agency and nation have ever assembled. I am honored to have had a chance to work with, and learn from, the NASA Earth science team.

Our planet has lost a true champion with the passing of Mike Freilich.

Learn your profession and learn all parts of it, even if you’re going to be the PI [principal investigator]. Learn how to do all the other things. You will get so much free help, and you will earn so much respect during your career, and that has certainly done a lot for me. [The French Impressionist painter Pierre-Auguste] Renoir said, “One must from time to time attempt things that are beyond one’s capacity.”

[In the mid-1970s] I still wanted to understand why waves were folding over. I was learning about waves, but not learning about near-shore waves and beaches, so I went down to the Shore Processes Lab [Scripps Institution of Oceanography at the University of California, San Diego] and ran into a young professor who had just graduated from Scripps and had done a real quick postdoc and come back. He had graduated in ’74 and this was like ’76 or ‘77. His name was Bob Guza. Known to everybody including his wife as Guza. We hit it off in the first seven or eight minutes that we were talking to each other. He was teaching a nonlinear waves course that I really liked and saw some ways to improve – which I would tell him. I was his first student.

Guza taught me one of the great tricks of working on beaches in Southern California, especially during the summer when there are lots of people around. We’d put out all kinds of ocean runup meters and things like that, and we’d have trucks and be dancing around in wet suits and stuff. People would be interested, you know, asking “What are you doing?” Guza was the one who taught me to just say, jokingly, “Look, I was just hired by the company that’s putting in the nuclear power plant. I really don’t know anything more.”

We considered ourselves to sort of be the ambassadors for science at the time. Working with Bob Guza was absolutely an unbelievable dream.

​Mike was a force of nature in Earth Science for decades, and his loss will be deeply felt.

Speaking about his successful research on ocean waves that led to the publication of the paper: Nonlinear Effects on Shoaling Surface Gravity Waves in 1984):

I had a feeling that, for the first time in humanity, I was the first person to really, really understand something that was going on in nature that nobody else had ever known before. I hope that younger people also get to experience this at one time. Not, “I did this problem,” and not “I got this result,” but, “I understood something that probably nobody else ever did to the same level.” I just tell you – strive for it, okay? Because it’s like no other feeling.

Some fun facts about Mike