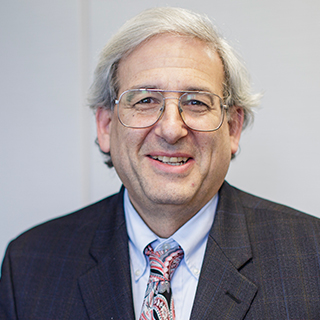 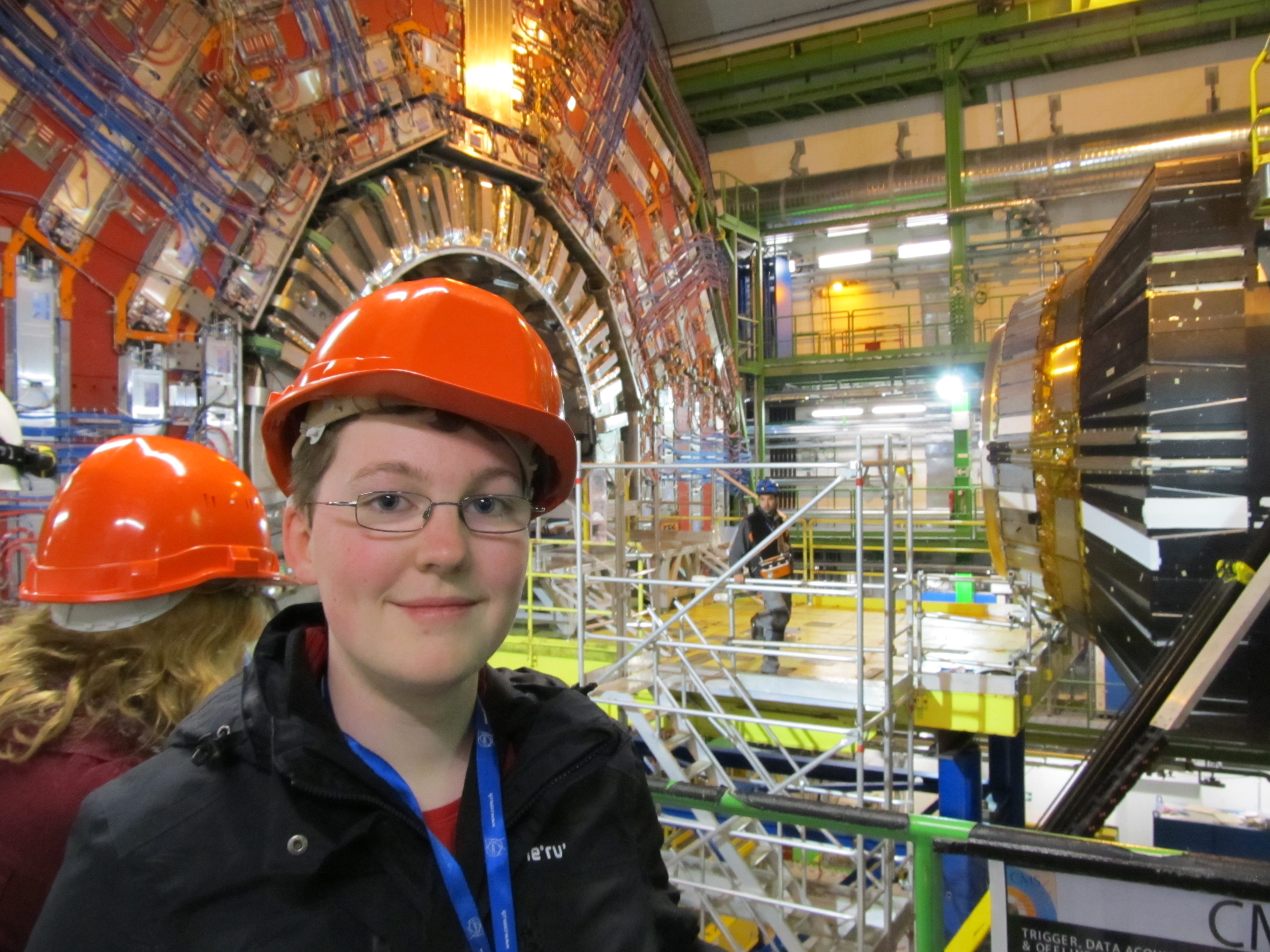 Editor’s note: Piers Sellers was a NASA astronaut, a climate scientist, and an agency leader. As a child in the United Kingdom, Piers watched the Apollo Moon missions and was so inspired he asked his school career counselor how to become an astronaut. He fulfilled that childhood dream and much more. Piers died Dec. 23, 2016, in Houston of pancreatic cancer, leaving behind a dynamic legacy at NASA. This tribute was created from NASA biographical material and past interviews.

Piers Sellers began his 30-year career at NASA in 1982 – leaving his native Great Britain to join Goddard Spaceflight Center in Greenbelt, Maryland. He created the Simple Biosphere Model (SiB) in 1986 – the first model to realistically simulate the interaction of global photosynthesis and Earth's climate.

"It took years and years, but at the end of it we came up with a complete theoretical understanding of how [the process] goes from a single leaf, with its little chloroplasts doing photosynthesis, to what that looks like from space, and then how to integrate the whole thing to find out the photosynthetic power of the planet," Sellers said in a 2016 interview.

After 14 years as a NASA scientist, Piers made good on his childhood dream and joined NASA's astronaut corps in 1996. On space shuttle missions STS-112 (Atlantis), 121 (Discovery), and 132 (Atlantis), he helped complete construction of the International Space Station and logged almost 35 days in space, including almost 41 EVA hours in six spacewalks. Piers marveled at seeing Earth from space – a view he would talk about for years to come.

I’m much fonder of the Earth, having left it and looked back at it.

In 2011 Sellers returned to Goddard where he provided leadership and guidance to the center’s hundreds of scientists. Once again, he took up his mission to study Earth’s changing climate.

On June 2, 2016, Piers reached the summit at NASA: He was awarded the Distinguished Service Medal, the highest honor the agency can bestow.

Piers Sellers shared his thoughts about his career in interviews over the years:

I kind of grew up all over the place because I was a British Army brat. My dad helped patrol the Mediterranean, and the Middle East, and then Europe for quite a while, so we hopped around with him – always interesting, hot places like Malta, and Cyprus, and Yemen, and then Germany, then all over the United Kingdom. We hopped around quite a bit. It was a lot of fun.

Very early, [when I was] about 7 years old, my dad came and told me that there was this man flying around the world in a little spacecraft. That was Yuri Gagarin and he was getting around so fast. My dad had an orange and he showed the light coming from one side and he said, “Here’s the world and he’s going so fast. He’s going round and round into night and into day really quickly.” Somehow that caught my imagination. This man was up there zipping around the world, flashing into day and night, and watching the whole world go by and it was a vision that stayed with me ever since.

I watched the Apollo landings at the age of 12 and 13. I thought the whole thing was just magical. I thought this was the best thing ever and it inspired me. I went to the career master [the counselor] at school and said, “How do I do that?” He said you probably ought to study math, physics, chemistry, biology, and stuff like that, and that’s what got me going into science. I found the whole astronaut business was a tremendous motivator to study the sciences – which I’ve never regretted because it turned out I love science as much as I love being an astronaut.

How did you end up becoming an astronaut?

It took forever. I had to come over to the U.S. and become a U.S. citizen first before I could apply, and that took about nine years from landing in the U.S. So, it was a long, long process. I never closed the door on the possibility of doing the astronaut thing. But en route, I found out that I was really loving the science and getting more involved in the scientific research on climate and stuff, at Goddard, so by the time I actually swapped over to do the astronaut job it was quite a race, you know. I made such good friends and we were doing so many good things.

Where were you when you finally got the call asking you to join the astronaut corps?

I was coming down from a field campaign in northern Canada, and I had just dropped off the plane that we were using and was wandering through Minneapolis airport. A voice comes over the speakers, “Piers Sellers report to the information desk.” I kind of knew what this was about, so I ran down and found the information desk. I was told that if you got a call from the secretary, that meant it was “thanks, but no thanks” from NASA. And if you got a call from Bob Cabana, you’re in. So, this lady answers, “Hello, is that Piers Sellers?” I said, “Yes.” “I’m the secretary. I’m Bob Cabana’s secretary.” I went, “Oh.” She says, “Bob will be talking to you in a minute.” I said, “OK.” So that was very nice.

What was it like to see and study Earth from space?

I’m much fonder of the Earth having left it and looked back at it.

Seeing the Earth from space was revealing and beautiful. It’s beautiful just as it would be for anybody to see the planet from above – the curve of the Earth, to be moving around this great big blue ball where we all live. It’s just incredibly beautiful.

As a scientist, all of the things that I’ve studied in theory, and in the laboratory, and in simulations – to see them for real from orbit – like a whole hurricane, or ice packs, or forests and mountains – to see it all in a single glance, it put flesh on the science bones for me. It made it real.

Orbit is exactly the best spot from which to observe the Earth. The views you get from orbit are powerful. You can see thousands of miles in every direction. You’re going around the world at 5 miles per second. You can go around the whole world and map the whole world in a day using a satellite. The combination of being able to see the whole world – wall-to-wall – with the same instrument is tremendously powerful scientifically. It’s absolutely the cheapest and best way to study the Earth.

Looking at the Earth from orbit, particularly looking at the horizon, did bring to mind how thin the atmosphere is – it’s like an onion skin around this great big ball of the Earth – it’s very, very thin. That really brought home to me what a thin volume of air we’re all sharing and breathing and polluting and how easily it’s affected by what we do. That brought it right home.

Do you remember your first spacewalk?

Very vividly. Something I tell all of the new guys is that the first time I went out the hatch I thought I was completely mentally prepared for everything, and I was – as far as I could be. But just dropping out through the hatch headfirst into the empty universe – there was China spinning below me – I had a tremendous sense of inversion, somehow up was down and down was up, left was right, right was left. Everything was very disorienting – very, very bright sunlight, I mean, almost blinding sunlight – very disorienting. That lasted for about 30 seconds and somehow everything just sorted itself out, locked into place and sort of looked like it does in the NBL [NASA’s Neutral Buoyancy Laboratory] except, instead of a dirty pool bottom, there’s planet Earth. It was a very confusing moment but beautiful to see the real thing.

What is the main message you want people to understand about climate change?

It’s real and can’t be avoided, there will be changes. The other thing is that it’s not a hopeless case by any means. We can get ourselves out of trouble. It’ll take significant effort and the application of technology and some policy investments, but it’s by no means hopeless at all. There’s no reason our future shouldn’t be better than our past.

There’s been an absolute revolution in the last 20 years – really a science revolution – in our understanding of the Earth. It’s been going from very primitive models and a very primitive understanding to a very detailed, verifiable, "see it every day, and model it every day" capability. It’s been an enormous jump in progress, and I feel myself lucky to have seen it from the beginning to where we are now. It’s been a really exciting ride.

We're very fortunate working in the field that we do. It's incredibly fascinating and exacting and interesting, just the things we do day to day. And the bond among scientists in the group, the whole Goddard Earth Sciences Division, all 1,500 people, is very strong, from the most junior postdoc up to management. And, you know, most of my friends are at work. Every day I work with my friends. I love it.

I want young people to imagine the whole business – not just astronauts – but everybody who’s bound up in the space business, because it’s not just the crews, it’s the whole community of people who are trying to make these good things happen. Now, 20 years from now somebody could be walking down the ladder and stepping onto Mars. Just think how incredible that would be – just think what we could learn.

For somebody who’s 50 years younger – 11 years old – I would say looking back it turned out to be just as thrilling and as exciting as I thought it would be when I was a kid.​