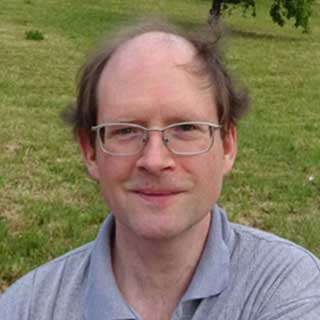 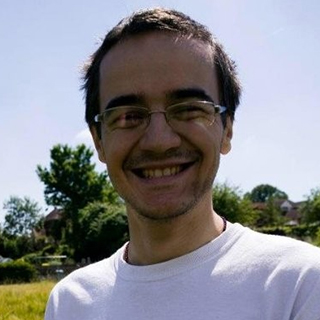 Jakob served JPL for 33 distinguished years, culminating in his leadership of the laboratory's Solar System Exploration Directorate through the successful operations of celebrated missions such as Juno, Dawn, Cassini, and the implementation of InSight and MARCO, along with the ongoing development of Europa Clipper, Psyche, and all JPL instruments and the Mars Helicopter for Mars 2020.

“Jakob was a dear friend and a devoted teammate to many of us at JPL," said Bobby Braun, JPL's Director for Planetary Science (known as 4X). "He touched millions of lives throughout our world by devoting his career to gaining a better understanding of our changing planet and the exploration of other worlds. Always the innovator, it's hard to imagine our community without his light and smile. I will remember him in everything I do as 4x Director.”

We mourn Jakob as a leader and innovator who during his long career had huge impacts in all of our science disciplines. We also mourn him as a friend, who touched many lives as a mentor and supporter, including in his native Namibia.

Jakob first achieved world renown for his research in imaging radar polarimetry, which is the science of polarization information contained in radar waves. Subsequently, he managed the implementation and operations of Earth science missions and instruments under JPL’s responsibility, then served as the laboratory's director for astronomy, physics, and space technology, and later as the associate director for project formulation and strategy. In that role, he helped to develop a new vision for the future of JPL.

“We mourn Jakob as a leader and innovator who during his long career had huge impacts in all of our science disciplines, said Dr. Thomas Zurbuchen, Associate Administrator of NASA's Science Mission Directorate. "We also mourn him as a friend, who touched many lives as a mentor and supporter, including in his native Namibia."

Jakob was born in Outjo, Namibia. In an interview with the International Council on Systems Engineering (INCOSE) in July 2020, Jakob said growing up in a remote area of Namibia helped spark his interest in exploring space.

“Because I grew up there in the northern part of Namibia…the only entertainment we had was to look at the night sky, and so I got very interested in all things related to the universe, and stars, and things like that. So, when I finally got the opportunity to come study at Caltech, which manages JPL – that was of course a dream come true.”

Jakob got his degree in electronics engineering from the University of Stellenbosch, South Africa, in 1979. He enrolled at Caltech in 1982 and received his master's degree and a doctorate in electrical engineering in 1983 and 1986, respectively. He joined JPL in 1986 and made pioneering contributions to the design and development of many synthetic aperture radar (SAR) systems, including SIR-C, SRTM, AIRSAR, TOPSAR, and GeoSAR.

Jakob held many management roles at JPL including Director for Astronomy and Physics (2006-2011), Associate Director of Project Formulation and Strategy (2011-2015), and Director of Solar System Exploration (2016- 2019).

“My deepest sympathies go out to Jakob’s family," said Dr. Lori Glaze, director of NASA's Planetary Science Division. "I always had tremendous respect for how Jakob worked across our planetary science community to find collaborative solutions to very challenging issues. He will be greatly missed.”

Jakob received an honorary doctorate from the University of Stellenbosch in 2015 for his contributions to space missions, for being a good ambassador for Africa, and for inspiring young scientists and engineers in his home continent.

Jakob received many other honors during his career, as well.

In 1997 he received the Fred Nathanson Memorial Radar Award for the advancement of radar polarimetry, radar interferometry, and synthetic aperture radar from the Aerospace and Electronics Society of the IEEE.

In 2010 he received the Distinguished Achievement Award from the Geoscience and Remote Sensing Society of the IEEE for his contributions to polarimetric SAR remote sensing.

"JPL and NASA are richer for his many technical and managerial contributions, and for his unwavering dedication and engaging personality," JPL Director Michael Watkins said in an email to staff upon van Zyl's passing.