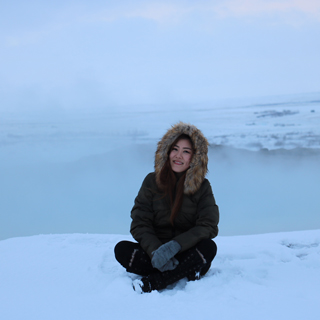 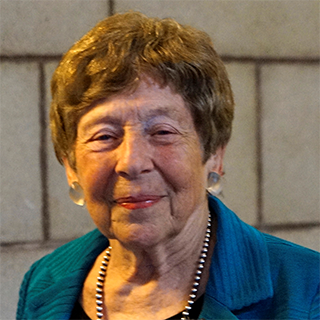 What first sparked your love of space and science?

I think it was a pop-up book given to me by a friend of my dad’s, Tom. Tom lived in Cornwall when my dad was a career advisor in Plymouth, where our blended family spent summers. Tom had a wooden steam boat called Puff the Magic Dragon, a collection of church organs (including one that he’d had to make holes in the ceiling for the pipes) and a skull on the fireplace that he claimed to have found on a Cornish beach—Tom was a bit of a hero to us kids. I might have already indicated some interest, but that gift is significant in my memory. I was probably about eight. Later, I decided I wanted to be a ballerina (Fame), then lawyer (Ally McBeal), then chemist (a teacher turned our copper coins silver and we used them for bus fare), but I found my way back eventually.

I was running a pub in the North of England after dropping out of college, and as fate would have it, I met a lovely American physics lecturer Dr. Jim Gotaas. I was sold on a course he ran on Observational Astronomy and Instrumentation at the University of Central Lancashire in Preston, Lancashire and I went from there to join the second year of the Physics and Astronomy at Royal Holloway, part of London University. I loved theoretical physics but never imagined I was talented enough to do a PhD. When I graduated, I was shocked to be top of the year. Still, I was very undecided—I had a good job working part-time and summers in fine fragrance research and development, and they were keen to keep me on. I decided to look at PhD’s that had what I considered more tangible career prospects and that took me to University College London’s Mullard Space Science Laboratory, where I met Andrew Coates and joined the Cassini mission in September 1999.

Now you’re on the Europa mission. What’s your role?

I am Co-Investigator on the PIMS (Plasma Instrument for Magnetic Sounding) as well as Investigation Scientist for both PIMS and the radiation monitor system, RadMon.

How did you get involved with Europa?

The Europa Clipper mission really appeared on my radar when it changed from being a moon orbiter to being a Jupiter orbiter—I know a lot of people were disappointed, but I was not alone in having limited interest in a close moon orbiter that would likely not survive more than a year due to the challenging radiation environment near Europa. Clipper, on the other hand, should survive years and do an excellent job exploring Jupiter’s environment as well as Europa.

You left home at a young age. How did that experience shape who you are today?

I supported myself from an early age, leaving home for the first time when I was 16. The most marked result of this is probably my need for financial stability and independence—this, at least in my experience, is by far the biggest barrier to entry to this field. The large swathes of time with little money, as well as the very real risk there is not a realistic career at the end of it, make it a very difficult decision for people with no financial safety net.

"Most of my heroes have succeeded against the odds in some way."

Who inspires you and why?

I have numerous heroes and they are more or less influential at different times in my life, but once on my hero list, they pretty much stay there. David Bowie is one. Caitlin Moran wrote this about him in her book How to Be a Woman: “When in doubt, listen to David Bowie. In 1968, Bowie was a gay, ginger, bonk-eyed, snaggle-toothed freak walking around south London in a dress, being shouted at by thugs. Four years later, he was still exactly that—but everyone else wanted to be like him, too. If David Bowie can make being David Bowie cool, you can make being you cool. Plus, unlike David Bowie, you get to listen to David Bowie for inspiration. So you’re already one up on him, really. You're already one ahead of David Bowie."

Most of my heroes have succeeded against the odds in some way. It’s a bit old-fashioned, but I also often address a dilemma by asking, “What would Jesus do?”

I’m not sure, to be honest. Not money. Not fame. I do like being part of a team, and being well-regarded by people who know me well is important to me.

I used to run a pub in the North of England and was an “Expert Smeller” in a fine fragrance department. I have had guitar lessons for three years, but you’d never believe it to hear me play. I love cryptic crossword puzzles and my favorite ever clue is probably: 1 across, __________ (1,6,3,1,4)

What advice would you give to others who want to pursue a similar career?

Don’t do it, there’s no money in it and it’s bloody hard work! Maybe get a job in the city, earn a ton of money, then do it—because it’s also really fun and you meet the best people.