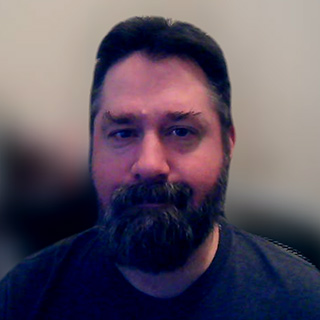 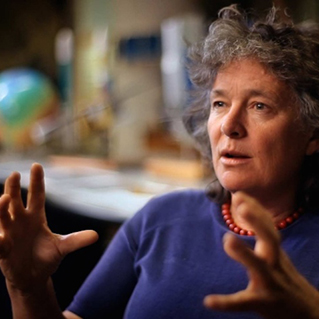 I am originally from New Jersey and, though I'll always be a Jersey girl at heart, I currently live in Maryland.

My interest in space began when I was a kid, on our annual shore vacations. We would lay on the beach at night and my dad would point out the Milky Way and any passing satellites. If we were lucky, our trip would overlap with the Perseids meteor shower and we could get a spectacular show. I remember being enthralled, despite all the mosquito bites we endured as a result.

The real point of commitment for me, though, was a trip my family took to NASA's Kennedy Space Center when I was in college. I was still trying to choose a major when we visited. I knew I liked physics and astronomy, but I also loved music and the arts and was having trouble choosing a path. Visiting Kennedy Space Center not only taught me about the history of our country’s space program but opened my eyes to all the ways in which I could pursue a career in space and be a part of the journey forward.

There is still so much about the universe that we as humans want to understand, and I wanted to work on the spacecraft systems that would help us continue to piece together the puzzle.

After working on the Chandra X-Ray Observatory and then on the MESSENGER mission, I completed my Master's degree in Systems Engineering and I knew that I wanted to continue to focus on payload systems.

I joined the Europa Clipper team as Deputy Payload Accommodation Engineer in 2015, and I moved into the Accommodation lead role in early 2017.

By studying and immersing yourself in what really inspires you – be that engineering, astronomy, computer science, math, biology, chemistry, physics, or any other STEM field – you will bring your unique perspective to the field. It is this diversity of thought that fosters creative solutions to difficult problems.

Tell us more about your job. What is a Payload Accommodation Engineer?

A Payload Accommodation Engineer's job can vary on different teams, but in general, we help negotiate the interfaces between the spacecraft subsystems and the science instruments. As the Payload Accommodation lead on the Europa Clipper Flight System team, my role is to work with the many stakeholders on this mission – the flight system, the spacecraft subsystems, the payload office, and the instrument teams – to make sure the information that informs the design of the interfaces between the instruments and the spacecraft is clearly captured, and that the requirements on both sides of those interfaces are being met. This collaboration is critical to ensuring that once we integrate the individual instruments with the spacecraft, we will have a system that can successfully gather and return the Europa science data we are all eagerly anticipating.

There are two that immediately come to mind. The first would have to be the moment when the first MESSENGER images of Mercury reached the ground and I had the opportunity to share that moment with not only my colleagues on the mission but also with scientists like Dr. Robert Strom, who had been waiting to see more of Mercury since the Mariner 10 flybys in the mid-1970s.

My other favorite moment is sort of ongoing: it was and continues to be, the realization that I get to be part of the Europa Clipper team and work with other engineers at John's Hopkins' Applied Physics Lab, NASA's Jet Propulsion Laboratory, and the many other contributing institutions around the country to send a spacecraft to Europa. I enjoy my role on this project immensely and couldn't ask for a better team.

I would say that there are many different ways to pursue a career in space and I would emphasize the importance of focusing on the path that aligns best with what really motivates you and makes you want to learn and contribute every day, even when the hours are long and the problems are hard. By studying and immersing yourself in what really inspires you – be that engineering, astronomy, computer science, math, biology, chemistry, physics, or any other STEM field – you will bring your unique perspective to the field. It is this diversity of thought that fosters creative solutions to difficult problems.

Music has always been a big part of my life, so I’ve tried to keep up with my piano and vocal studies. I also love working with schools and organizations that encourage kids to get involved in STEM fields.