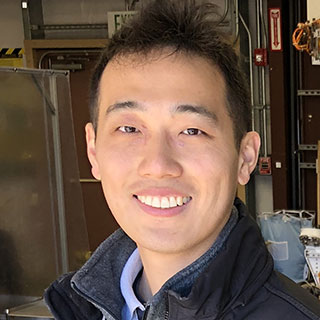 I'm from Luxembourg, which is a small country in Europe, located between Belgium, France, and Germany. You can barely see the country on a world map without a magnifying glass; it's about three times the size of New York City.

I was reading an article about Planet Nine. At the end of the article, there was this link to the Backyard Worlds: Planet 9 project. In pure curiosity, I clicked the link and started to look at a couple of flipbooks – sets of images taken at different times to reveal moving objects. After a while, I said to myself: "Hey, if that's a way I can contribute to science, it would be pretty cool! Just give it a try!" That's how I became a citizen scientist.

I love the Backyard Worlds: Planet 9 project! Once you master the regular workflow on the Zooniverse project, you can dive much deeper into the subject. So, for example, you can get involved in side projects conducted by members of the science team and join the weekly hangouts with the scientists, which is great fun and always very informative.

I'm a senior software developer working for a government IT center. As you might imagine, I've been interested in astronomy since my childhood but have never delved into it seriously. This has changed since I participated in this project. Besides that, I love hiking and coding.

I've learned a lot about brown dwarfs and the hypothetical Planet Nine but also acquired some basic knowledge about astrometry and photometry. I have also discovered some late-type brown dwarfs that have found mention in several papers.

I'm also the lead author of a peer-reviewed paper called "Discovery of 34 Low-mass Comoving Systems Using NOIRLab Source Catalog DR2" which has been published in the Astronomical Journal of the AAS.

While in the first two publications I contributed several objects that I had found through my own little side projects, in the third publication I carried out the complete research and wrote the manuscript myself.

If you are curious and not afraid to learn something new, this might be the right thing for you. Just give it a try and you will quickly find out.