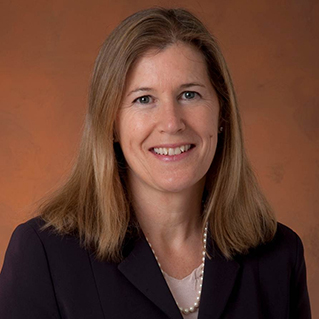 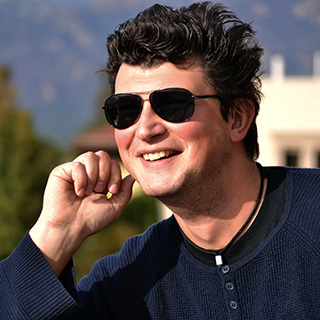 I was born in Denver, Colorado, but I grew up in West Los Angeles and went to high school in Beverly Hills.

My brother bought me a two-inch refracting telescope when I was 11, and I used to take it outside at night and look at the sky. I remember looking at planets, brighter stars and star clusters — to the extent that one could in the middle of Los Angeles. I also took every science course I could take in high school. I remember after my astronomy course during freshman year, thinking, "I'll be an astronomer.” Then after chemistry class during junior year, it was, "I'll study chemistry." Physics was senior year, so now I'm a physicist.

I had the good fortune of joining a group at the Massachusetts Institute of Technology that developed instrumentation for astronomy. It started with ground-based astronomy, but then we built the charge-coupled device (CCD) instrument — a sensor that records images — for the Chandra X-ray observatory. Next we supplied a CCD instrument for the Japanese ASCA X-ray satellite mission, then built a small satellite, HETE-2, for the study of gamma-ray bursts, and now TESS. I moved from one project to the next, participating in both the hardware and software parts of many of the projects. Over time, I moved from doing specific tasks for a project to participating in the planning and execution of an entire mission.

Two really stand out. One was the Explosive Transient Camera, which was a set of cameras that looked at the sky for optical flashes. I built this for my thesis project, from 1984 to 1998 or so. We were looking for optical light from a phenomenon called gamma-ray bursts, which come from the explosion of stars that are very far away. We didn't see any of those, unfortunately. What we ended up seeing, instead, was sunlight reflecting off of hundreds of satellites in orbit around Earth – not quite the same thing but interesting nonetheless. The part of the ETC that I'm most proud of is that it was completely automated; I could log in to the instrument computer in Arizona from my desk at MIT and type "go." It would start observations when it was dark, stop at dawn, not observe when the weather was bad and deliver data from each night's observations automatically. I spent many months at the Kitt Peak observatory, working days and nights to get the instrument running. It was tedious at the time but very satisfying when it all came together.

Keep learning. If a topic out of your current focus comes up, take some time to learn at least a little about it. It's amazing how frequently things I learned in the lab in grad school — and haven't touched since — can come up and suddenly be extremely relevant and useful.

HETE-2 was a lot of fun. It launched in 2000 and we operated it through 2006. It was a semi-autonomous satellite that would detect gamma-ray bursts and, in many cases, calculate their celestial coordinates in real time. The coordinates were broadcast to a network of small "listen-only" ground stations so that ground telescopes could point to the location and start observing within a minute of the burst's detection.

HETE-2 was built in-house at MIT with a relatively small group, with instruments supplied by collaborators in Japan, France and New Mexico. We didn't just build the satellite but the ground stations as well. This meant that everyone did a little bit of everything, from testing flight hardware and writing flight software, to managing internet connections and remote ground stations. Once we got into orbit, every time there was a burst — every few days — colleagues from around the world would join a live chat and discuss the burst. It was exhausting but exhilarating. I learned a lot from that mission.

When you're at a place like MIT, you're surrounded by lots of really smart and capable people and it can be intimidating. Early on, I was reticent about speaking to senior staff and faculty, because I was worried about exposing my "ignorance." It took me some time to get over that. It was a combination of gaining confidence in my own knowledge and realizing that's it's OK if I don't know everything.

I have no one of whom I would say, "I want to be like him/her," so no personal inspiration. But I do respect those people who see injustices in the world and make strong efforts, against long odds, to try to change them. When I see people working really hard to bring about change, it brings me back to the point where I realize it is important, there is hope and anything I can do, no matter how small, will contribute.

Keep learning. If a topic out of your current focus comes up, take some time to learn at least a little about it. It's amazing how frequently things I learned in the lab in grad school — and haven't touched since — can come up and suddenly be extremely relevant and useful.

I enjoy playing soccer. For years, I was part of the Arlington Fossils soccer team in the Over-the-Hill Soccer League in eastern Massachusetts. It's a good group from a wide range of backgrounds and the games are competitive, but not too competitive.

I also love languages. I have German and Dutch heritage and family in France, so I can speak those languages to varying degrees. But I really like studying the structure of languages. If there's a reason to look into a new language — for example, I know someone from that country, or I'm planning to travel there, or "Why not?" — I'll buy a teach-yourself volume and explore a bit. Sometimes I study deeper — the ASCA mission gave me a good reason to learn Japanese — and sometimes I just poke around a bit. The result is that my bookshelf includes books on about 20 different languages. I don't speak most of them but it's still fun.

There's an image of the Earth rising over the Moon that was taken by Apollo 8. I like how it gives me a sense of the scale of the solar system and brings out the three-dimensionality of space.