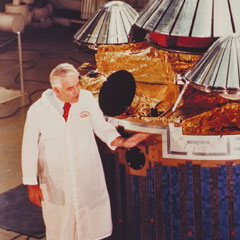 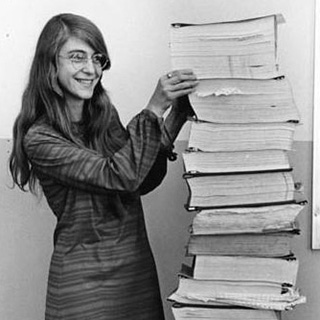 Like many young astronomers, I read and watched lots of science fiction while growing up. I loved reading fictional stories about exploring distant planets and I was deeply curious about whether we might someday detect life elsewhere in the galaxy. I was fascinated by space exploration and frequently visited the National Air & Space Museum in Washington. I also checked out nearly every space book in our local library.

At the time, exoplanets had barely been discovered and none were anywhere close to habitable. The situation is very different today! We've discovered thousands of planets and astronomers are actively designing instruments to detect signs of life on other planets.

More generally, my father and his work as an environmental scientist played a large role in my interest in pursuing a career in science. He and I did dozens of science experiments together over the years and he encouraged me to pursue a Ph.D. My high school astronomy teacher, Lee Ann Hennig, and my mom's cousin Anne Martt — a rocket scientist at United Space Alliance —also inspired my early interest in space exploration and astronomy.

I've been interested in searching for life elsewhere in the galaxy since childhood and was lucky enough to attend a public high school that offered classes in astronomy. I took my first astronomy course as a junior and studied Martian sand dunes with Jim Zimbelman at the Air & Space Museum during my senior year.

As an observational astronomer, I also conduct observations with telescopes on the ground and in space. Most recently, I've used the 3-meter Shane Telescope at Lick Observatory near San Jose, California, to determine which of the stars observed by the NASA Kepler space telescope have stellar companions. I’ve also used the NASA Infrared Telescope Facility on Mauna Kea to study stars with planets that Kepler found.

One of my favorite projects was using data from Kepler to determine the frequency of potentially habitable planets orbiting cool stars known as M dwarfs. These stars are roughly 10 to 50 percent the size of the Sun and are the most common type of star in the galaxy. We learned that one in four M dwarfs hosts a planet that is similar in size and temperature to Earth. This means that many of the nearby stars that the TESS mission will observe likely host potentially habitable planets. I'm excited to study the planets TESS will find!

Over the past few years, I've also been helping with the mission concept study for the Large Ultraviolet/Optical/Infrared (LUVOIR) Surveyor. LUVOIR is one of the four large mission concepts under consideration for the [National Research Council] 2020 astronomy and astrophysics decadal survey and would revolutionize our view of the universe. As a planetary astronomer, I'm particularly excited about the potential for LUVOIR to directly image planets in the habitable zones of Sun-like planets and search for biosignatures, or signs of life. LUVOIR would also acquire exquisitely deep images of the universe at unprecedented resolution, advancing multiple facets of astronomy and complementing ground-based observations from future facilities.

Overall, I've been incredibly fortunate. I've had wonderful mentors and excellent advisers throughout my career.

The one minor hiccup I faced was that my initial plan for my graduate thesis was derailed by the failure of Kepler's second reaction wheel, a device that helped orient the spacecraft. The Kepler mission was designed to measure the frequency of Earth-like planets orbiting Sun-like stars, so many of the M dwarfs in the Kepler field were not selected as target stars. I had worked with my thesis adviser, David Charbonneau, to submit a proposal to observe several thousand of those missed M dwarfs with Kepler, and we had just learned that the proposal had been approved when the primary mission ended. Fortunately, the story has a happy ending because the Kepler spacecraft went on to observe tens of thousands of M dwarfs during its K2 mission. I've been characterizing the planetary systems orbiting those M dwarfs for the last several years.

Unlike many of my colleagues, I haven't had major personal challenges related to my career as an astronomer. While I've frequently been the only female scientist or the only gay scientist in the room, I've been incredibly lucky to have been in supportive environments.

Like many astronomers, I wrestle with perfectionism and imposter syndrome. I deal with these by trying to evaluate my own performance against the same scale I would use for someone else. I also try to learn from my mistakes.

My students! They're so eager to learn about the universe and willing to take risks to learn new skills and tackle research questions that no one has ever asked before.

I've also been inspired by my colleagues, my friends and family, the generations of scientists who came before me and the women who started chipping away at the glass ceiling long before I was born.

Believe in yourself and don't be discouraged when astronomers in other fields try to dismiss exoplanet science as a passing fad. We've been sending spacecraft to the planets in our own solar system for decades and we're still learning new lessons every day. Exoplanet science is a rapidly growing sub-field of astronomy and there are many areas where junior researchers can make valuable contributions. High school students interested in pursuing careers in exoplanet science could start reading about recent discoveries on websites like Astrobites, try to attend public lectures at nearby universities or museums and perhaps learn computer programming. College students should take astronomy classes if possible, take advanced classes in physics, math and computer science, hone their writing skills and pursue research opportunities. Developing a strong background in chemistry and biology is also important for students interested in astrobiology and the search for life.

I absolutely loved attending Space Camp as a kid and dreamed of becoming an astronaut. I longed to follow in Sally Ride's footsteps and become the first person on Mars. Unfortunately, I don't meet the requirements because of an injury, but my interest in the space program inspired me to take Russian in high school and college.

As a high school junior, I was positively thrilled to be able to go to NASA's Jet Propulsion Laboratory for the landing of the Mars Exploration Rover Spirit as part of the Planetary Society's Red Rover Goes to Mars program. Working on Mars time and experiencing the excitement of the first weeks of the mission was an incredible opportunity, and it cemented my decision to pursue a career in planetary astronomy.

Outside of work, I enjoy running, hiking, spending time with friends and playing with my adorable mutt. I'm a fairly serious baker and I've made space-themed treats for a variety of department events. I also baked two three-tier wedding cakes during graduate school.

This image from the Cassini mission to Saturn is one of my favorites. Earth looks insignificant next to the majesty of Saturn's rings and yet, in the words of Carl Sagan, "On it everyone [I] love, everyone [I] know, everyone [I] ever heard of, every human being who ever was, lived out their lives." The image was planned in advance and the Cassini team had encouraged everyone on Earth to wave at the spacecraft. At the time the image was taken on July 19, 2013, I was attending a conference called "Protostars and Planets IV" in Heidelberg, Germany. The photo was taken after the workday, so my colleagues and I waved to Saturn while enjoying a picnic along the river. Some day in the future, after a mission like LUVOIR has detected potentially habitable planets orbiting nearby stars, I hope to picnic with my colleagues and discuss whether anyone on those planets might be waving back at us.