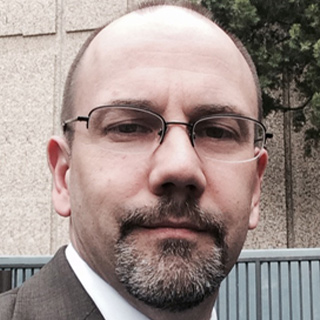 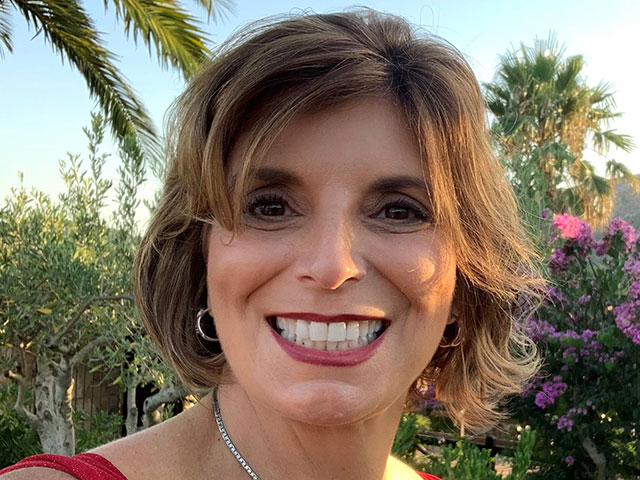 Farah Alibay grew up in a small town where working at NASA was "unheard of," but she's doing exactly that now as a systems engineer working on everything from mission concepts to the InSight, Perseverance, and Ingenuity missions. Read on to discover how she went from being a student in England to a NASA intern to her dream job at NASA's Jet Propulsion Laboratory (JPL).

I was born in Montreal, Canada, and grew up in a small town called Joliette. I then went to high school in Manchester, England, and went to university in Cambridge, England.

What first sparked your love of space?

My earliest memory of falling in love with space is watching "Apollo 13" when I was 8 years old. What fascinated me was not only the vast expanse and dangers of space but that the teams of engineers rallied together to solve what seemed to be insurmountable problems. I remember watching them succeed and knowing that this was the kind of career I would like to pursue – one where I would be able to use creativity, knowledge, and teamwork to advance space exploration. As a systems engineer today, solving seemingly unsolvable problems are part of my daily life and something that I get a lot of pleasure doing!

I studied aerospace engineering at the University of Cambridge and got the amazing opportunity to participate in the NASA Academy, which is one of the many internships NASA offers, at Goddard Space Flight Center (GSFC) after I finished my master’s degree. Through the Academy, I was introduced to the many NASA centers and activities, which is when I discovered my bug for robotic planetary exploration. That led me to get a Ph.D. in Systems Engineering at MIT, during which I continued to intern at NASA, this time at JPL. I fell in love with the place, and couldn’t wait to go to work every day and work with some of the most visionary people I’ve ever met. From landing SUV-sized rovers on Mars to navigating spacecraft around other planets, there’s nothing that can stop them. When I was offered a position to join them full-time, I didn’t hesitate one second to say yes!

"I grew up in a small town where working at NASA was unheard of. I worked hard, persevered, and eventually made it to where I am despite many obstacles along the way."

My parents. They were both born in Madagascar, which they left during civil unrest to immigrate to Canada, and were the first generation in their families to attend college. Growing up, they always encouraged me to pursue my dreams. They led by example and showed me that I could achieve whatever I put my mind to. My parents also sacrificed a great deal to make sure that I could get a good education and that I pushed myself to the best of my abilities. Their influence is still very apparent in me today. As an engineer, like my father, one of my passions is to give back to the community through education and public outreach. I developed a passion for teaching from my mother.

As a systems engineer, I describe myself as a "jack-of-all-trades." When working on mission proposals and early mission concepts, my role is to help design the initial spacecraft by aiding the different subsystem experts (e.g.: thermal, telecommunications, power) collaborate while keeping within the capability of the launch vehicle and spacecraft.

One of the proposals I’ve most enjoyed working on is a concept for a solar-powered mission to Saturn to look for signs of life on Saturn’s icy ocean moon Enceladus. At Saturn, large solar arrays only provide enough power to light up the equivalent of three lightbulbs – you can imagine that designing a spacecraft that does complex experiments with such little power is not an easy feat!

Through my career at JPL, I’ve had the chance to work on four Mars missions, each as exciting as the next. I was the systems engineer on the MarCO CubeSats, the first interplanetary CubeSats. They performed Entry, Descent, and Landing (EDL) relay for the InSight lander. I saw the MarCO mission grow from a mere concept to a real spacecraft, which was an extraordinary experience.

I then moved on to become a payload systems engineer on the InSight Mars lander, which launched an ultra-sensitive seismometer to the surface of Mars to study its interior and understand how it formed. In my role on the project, I was closely involved in the testing campaign for the instruments before launch, as well as helping prepare the teams for operations and eventually becoming a tactical uplink lead. In that role, I got to coordinate the day-to-day operations of InSight once it was on Mars.

Six months after the InSight landing, I joined the Mars Perseverance team where I became a flight system systems engineer for the surface positioning and pointing system. Again, my job was to assist in testing that entire system before launch, so a similar role to what I did on InSight but with a completely different system and scope!

I was lucky to then become a tactical uplink lead for Perseverance operations on Mars (a little more complicated than InSight since Perseverance drives around on the Red Planet!) as well as the integration lead for the Mars Helicopter, Ingenuity. My role for Ingenuity was to plan all the activities for its deployment on Mars, as well as to coordinate the rover and helicopter interactions through its technology demonstration mission.

Ingenuity achieved the first powered flight on another planet in April 2021, and it was an honor to have been part of the team that helped make that happen!

While I’ve loved exploring the mysteries of Mars, I am now the lead flight system engineer on SPHEREx (Spectro-Photometer for the History of the Universe, Epoch of Reionization and Ices Explorer), a telescope that will create near-infrared maps of our sky and help us understand the beginnings of our universe.

What I love about working at JPL is that there is always more for me to learn. What we do is truly one of a kind, so there’s no getting bored here! More broadly though, NASA is a pioneer in space exploration and pushes humanity’s understanding of our universe every day. I am excited about all the discoveries that will be made during my time here. From understanding the origins of our universe to finding life on other planetary bodies, many of these key questions may be answered in my lifetime!

Whether you want a career in aerospace or any other field, my one piece of advice is to not scare away from your dreams and not give up. I grew up in a small town where working at NASA was unheard of. I worked hard, persevered, and eventually made it to where I am despite many obstacles along the way. I was often told that my dreams were crazy, and I certainly failed many times (for example, I can’t remember how many internships I applied for before I was accepted!), but I believed in my dream and kept picking myself back up. Through that process, never forget to enjoy what you are doing. It is my passion for space exploration that has helped me keep motivated and that brings me happiness every day that I come to work.

Like many engineers, I love being outdoors. I enjoy rock climbing, backpacking, mountaineering, and hiking. Having grown up in Canada, I am an avid skier and a huge fan of ice hockey (Go Habs!). Volunteering and giving back to my local community are also very important to me. I am a Big Sister as part of the Big Brother/Big Sister (BBBSLA) program as well as a CASA (Court Appointed Special Advocate) in Los Angeles. I also regularly participate in a variety of outreach activities, including giving talks, mentoring students, and teaching at space camp.