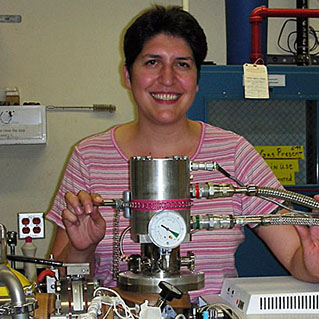 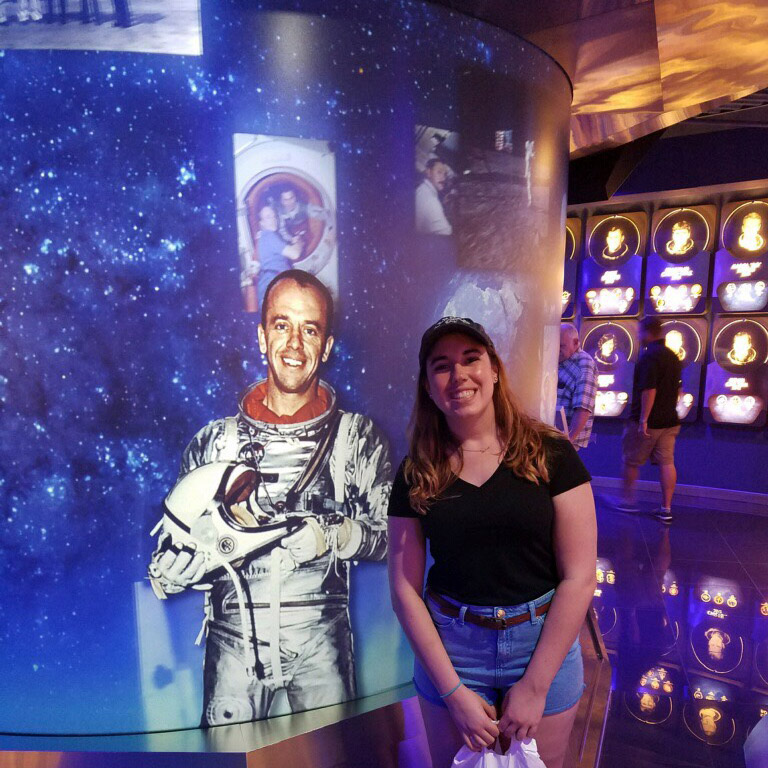 I was always crazy about science, even in early elementary school. My dad loved doing experiments for me and my sister. In addition, my grandparents got me a chemistry set when I was in about 6th grade, and I was hooked. Meanwhile, I remember being excited about Viking landing on Mars the summer I turned 10.

The biggest influence, however, was seeing Voyager images in National Geographic from the Jupiter and Saturn encounters. I was in 8th grade, but I caught the planetary science "bug" and I knew my future was in this field.

My mom bought a telescope for my dad and me, and this further fueled my passions. By the time high school came around, I realized how interconnected math was to science, and I became more and more fond of mathematics with each new math course I took.

The biggest influence, however, was seeing Voyager images in National Geographic from the Jupiter and Saturn encounters. I was in 8th grade, but I caught the planetary science "bug" and I knew my future was in this field.

While studying aerospace engineering at MIT, I gravitated to propulsion, given my childhood interest in chemistry (and being a bit of a pyromaniac!). Little did I dream I would one day work as a propulsion engineer on planetary missions, including now the very mission that inspired my life's journey--Voyager!

It took a few attempts to get in the door at JPL. I was unable to secure an intern position as an MIT sophomore, and then when I interviewed again after getting my BS degree, I told the interviewer I was interested in electric propulsion. They rightly pointed out ten people at JPL were doing this work, eight of which had PhDs and two sporting MS degrees. Essentially, they told me to go back to school and talk to them again in a few years.

I saved the recruiter's business card, obtained an MS degree, and then ended up getting a space propulsion job offer from TRW. I was let go before I started (welcome to aerospace engineering!), thanks to a downturn in the market in 1990. At that point, I remembered the JPL interviewer, found their business card, and sought employment at JPL for the third time, this time with a cold call.

As it turns out, they were trying to hire a fresh-out propulsion engineer to work mission operations on Galileo and had been unable to fill the position, despite advertising in the LA Times for months! Wow, talk about good timing. The interview went well and I started my first (and so far only) job in October of 1990. Even though I missed Voyager's encounter at Neptune, I remember running over to the Green Building at MIT (home of Course 12, which is Earth, Atmospheric, and Planetary Sciences) in the summer of 1989, as the first close-up images of Neptune revealed themselves. This again reminded me of my childhood passions, which amazingly culminated in JPL employment a little over a year later!

I've been so lucky in my 28+ years at JPL, and I've almost exclusively worked in mission operations as a propulsion engineer. I like to say we have geniuses build these amazing spacecraft so monkeys like me can fly them! I ended up working on Galileo for over 7 years and Cassini for over 21 years, most of them as lead propulsion engineer. Part-time assignments on Deep Space One, Stardust, Mars Exploration Rovers, Mars Science Laboratory, Deep Impact, Spitzer, SMAP, and Dawn have been fabulous as well. However--and perhaps most unbelievably--I am now on the Voyager flight team, more than 41 years after launch! The actual mission that defined my future is now part of my every day life, and I just can't believe my good fortune!

If I had to limit my advice to just one thing, it would be to explore your interests early and then find something about which you are truly passionate. If you do so, you will never actually work a day in your life. I think making tons of money is overrated if you're not actively psyched about what you get to do all day. Passion drives me, it fuels me, and it's what matters most to me.

I think my biggest challenge has been and continues to be time management! Between working multiple projects, participating in six music groups, and being very active in NASA outreach, there is precious little time for anything else. If I figure out how to overcome this challenge, I'll let you know!

I'm inspired every day by my brilliant and dedicated coworkers at JPL. It is truly awesome to work at a place where everyone feels vested in the work, and I've never experienced such incredible teamwork in my life. It is such a privilege working with the smartest people on the planet, and their hard work and shared passion inspires me every day.

Can I answer "All of the above"? This is truly a "Sophie's Choice" question, because I've flown so many missions, and they are all quite different but oh so special. Some absolute favorites, though, would have to include Galileo (my first job), Cassini (my longest job), MER (my first Mars mission), MSL (for the sheer audacity of the landing), Deep Impact (because smashing into a comet is just so cool), and Voyager (my first planetary science love).

Where to begin here? I've had some very strange hobbies over the years, including confluence hunting (visiting integer latitude/longitude intersections), visiting all 38 tri-state corners on land in the United States (I believe I'm only the second person to complete this wacky task), and exploring all 60 US National Parks, a journey I completed in 2015.

I'm also in six music groups--two big bands, two choruses, and two parody groups. "Jazz Propulsion Band" (JPB) is an on-Lab big band, and I'm their boy singer. I also sing for "Big Band Theory" (BBT), a big band formerly on-Lab at JPL. A few years ago, the JPL Chorus formed and I was only too happy to join. I also sing in the "Gloria Dei Choir" at Our Lady of Guadalupe Catholic Church in La Habra. For 20 years, I was the "musical conscience" for the Cassini Virtual Singers, a really fun parody group. I also retroactively joined the Galileo "Not Ready for Real-Time Players" parody group.

At MIT, I minored in music, focusing on composition, and I am now a published composer.

Amazingly, I've even been able to play my arrangements for piano and strings with members of LA Opera, Hollywood Bowl, and even the LA Phil! Music is really like a second career, but definitely one that will never pay the bills, so fortunately for me, I actually have two coequal passions in life!

On July 19, 2013, in an event celebrated the world over, NASA's Cassini spacecraft slipped into Saturn's shadow and turned to image the planet, seven of its moons, its inner rings -- and, in the background, our home planet, Earth. Credit: NASA/JPL-Caltech/SSI

I likely won't be the only Cassini person to select this image, but here goes. During thirteen years in Saturn orbit, the spacecraft twice had the opportunity to image Saturn while the ringed planet eclipsed the sun. Both times this “Kodak moment” happened, a single pale-blue pixel was readily visible within the ghostly lit background. Gazing upon our precious and precarious Earth from 900 million miles away reminded me of the famous quote from T. S. Eliot’s “Little Gidding”: “We shall not cease from exploration And the end of all our exploring Will be to arrive where we started And know the place for the first time.” https://photojournal.jpl.nasa.gov/jpeg/.jpg