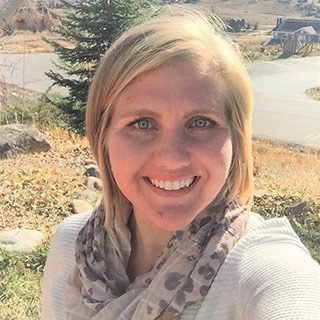 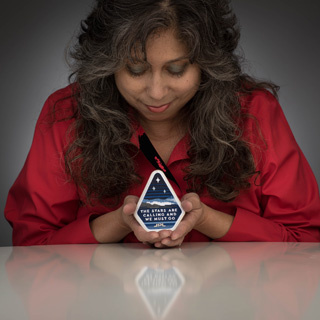 I was born in Burbank, Calif. I grew up in North Hollywood and Van Nuys, Calif. (all in the San Fernando Valley). I now live in La Jolla, Calif.

I can't remember exactly when I became interested in space. I do know that I clipped newspaper articles about rockets (for example V-2 missile launches at White Sands, N.M.) and kept a book of clippings that included articles about the Explor 1 mission, including the famous picture of William Pickering, Wernher von Braun and James van Allen holding the spacecraft above their heads.

This was when I was 8 years old, and I'm sure it dates longer ago than that. I did read a lot of science fiction as a child, and there were space-related television shows in the mid-1950s that I watched, which I am sure had an influence on me.

I've been paid to take pictures of Mars every day ... I've watched rockets take off, and seen things I've built fly to other planets. How much more fun does one need?

It was a lifelong goal, and my education was very focused on achieving that goal. As an undergraduate at the University of California at Berkeley (UCB), I worked with professors who were working on lunar and meteorite samples, I selected graduate schools where I could work with faculty involved in deep space flight projects (I was very fortunate to get into the California Institute of Technology and to work with some great scientists there). After I graduated, I worked at the Jet Propulsion Laboratory (JPL) and at Arizona State University, before forming my own company to build cameras for space missions.

My greatest inspiration was my mother, who encouraged and supported me. Professionally, threeprofessors at Caltech very much inspired and guided my development. These men were: Bruce Murray, Robert Sharp and Eugene Shoemaker.

What is a President and Chief Scientist?

When I formed my own company, I was obviously the guy in charge. But I didn't want to be considered just a businessman, so I also used the title of chief scientist in order to reserve some of my time and effort for scientific pursuits. I have five other employees whose principal efforts are focused on acquiring scientific observations and interpreting them with me as well as on their own. Many of the other employees of my company have advanced degrees in science, and are contributors to our scientific efforts. As chief scientist I oversee these efforts and try to set the tone of the research we conduct at my company.

One of my favorite moments came when I saw the Mars Global Surveyor Mars Orbiter Camera pictures FHA-01278 and FHA-01279. These showed the most beautiful and extensive layered rocks ever seen on Mars, and very much shook up my view, and that of everyone working with me, of what Mars must have been like long ago.

For a young person, make sure you get a good background in science (physics, chemistry) and mathematics. And when you work toward an advanced college degree, make sure you include a set of practical capabilities. Being a jack-of-all-trades is not as good as having some fundamental skills.

In the past, my work has been so much fun I didn't really need to be diverted from it in order to have fun. At times in my past, I've been paid to take pictures of Mars every day, look at those pictures and analyze what is going on there. I've been paid to hike around and camp in Antarctica, Iceland and Alaska, studying geology. I've watched rockets take off, and seen things I've built fly to other planets. How much more fun does one need?

However, as I've gotten older, my responsibilities have often made my work less fun. (I have to write proposals, administer contracts, write budgets, etc.) To relax from this stuff, I like to process pictures of Mars and other planets and just look at them and think about what they are telling us. But I don't get to do that as often anymore.

As noted above, make sure you get a good foundation in math and science. Then make sure your efforts on advanced topics cover capabilities applicable not only to space exploration, but to other forms of science or engineering. Learn and/or develop and apply a healthy form of skepticism about what you are taught and what you read, but also be similarly skeptical of the work you are doing yourself. You should remember that you learn a lot more from failure than from success, so don't be afraid to fail and to learn from that experience. Find people who know more than you do and try to engage them; shut up and listen to them.