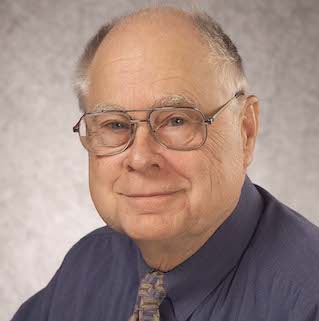 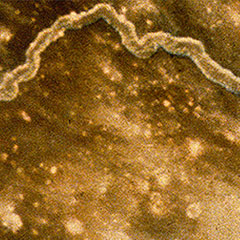 My grandfather had set up a telescope in his yard and we were looking at the stars and a planet (if memory serves me correct, Saturn), and I remember just being completely at awe with the sky. My grandparents also received National Geographic Magazine at their house, so I'd walk there (my house was a half mile away) just to sit and read through the magazine, and I'd get really upset if they tossed away the space issues before I had read them multiple times.

When I was a kid, I had three major career trajectories: a gym teacher, a meteorologist/storm chaser, or an astronaut. My mom is still really glad I didn't follow through on that second one, although I do spend far too much time watching hurricane prediction models as a hobby. I tested well in math and physics, so I decided to major in engineering, then moved to physics while still an undergraduate, and at that point began focusing more on astrophysics and planetary science. My first real venture into astrophysics was as a Research Experience for Undergraduates (REU) program at The University of Alabama at Birmingham, working with Dr. Perry Gerakines. I really enjoyed the project, and went straight into my PhD Physics program at UAB after undergrad. After graduate school, I moved on to a postdoctoral fellowship at NASA Goddard Space Flight Center, and at that point I knew I wanted a long-term career at NASA.

I constantly remind myself how many people helped me to get to where I am in my life today, and strive to pay that service forward to others.

My mother really instilled in me that I could do anything, and she has been my number one inspiration. She did everything she could to ensure her kids had a great life, even when the odds were against us (I proudly admit I come from a poverty-stricken region in the Appalachia). I also had several great teachers, coaches, and family friends as role models during high school and college, and enough people believed in me to drown out the nay-sayers. My undergraduate university, Wheeling Jesuit University, focused on success through service to others, and Father James O'Brien really lived that ideal, so he was a daily inspiration for me for four years. I constantly remind myself how many people helped me to get to where I am in my life today, and strive to pay that service forward to others.

What is a Discipline Scientist?

Discipline Scientists manage Research and Analysis (R&A) awards within each division of the Science Mission Directorate. I currently lead in managing the Discovery Data Analysis Program, The Exoplanets Research Program, and help as a secondary on several other programs in both the Planetary Science Division and the Astrophysics Division. Discipline Scientists write the call for proposals for their program, receive the proposals and gather expert panels to deliver recommendations on each proposal, and then gather this information to write a recommendation document to the Lead for R&A, who makes the awards. After the awards are made, the Discipline Scientist monitors each award to ensure the science is moving forward. I'm also the Deputy Science Advisor for SMD, where I help compile and distribute information about the R&A awards from the SMD Divisions, and focus on communication with the greater communities working directly with the SMD. Additionally, I'm the Deputy Program Scientist for the OSIRIS-REx Mission (the Origins Spectral Interpretation Resource Identification Security- Regolith Mission). OSIRIS-REx is scheduled for launch in 2016 and will travel to a near-Earth Asteroid called Bennu and bring back a returned sample to Earth for study. The mission will help scientists investigate how planets formed and how life began, as well as improve our understanding of asteroids that could impact Earth.

Why are anti-harassment policies important?

Workplace climate can promote, (or in the case of hostile conditions, hinder), scientific productivity and innovation. Recent studies, including one that I am a co-investigator on, showed that harassment is an issue within our community, and inappropriate comments, harassment, and assault lead to a number of scientists feeling unsafe in their workplaces, and pursuing fewer scholarly opportunities as a direct result of these experiences. Anti-harassment policies are important because they establish a protection mechanism for vulnerable members of our community and provide a way for addressing hostile work environments.

As someone working at NASA HQ in the Research and Analysis Programs, I try to look at this from two fronts. This first is that all people are equal and the disrespectful treatment of another human being is not legal, nor is it something that anyone should be participating in. Second, as a Discipline Scientist, I want my program to be funding the best scientific endeavors possible, by the best scientists possible. Harassment of any kind (based on an individuals race, color, gender, national origin, religion, age, disability, sexual orientation, status as a parent, gender identity, genetic information, etc.) leads to our community members feeling unwelcomed, or worse, unsafe in their field, and take away from a person's ability to do the best science possible due to unnecessary and cruel distractions occurring. Hostile environments lead to a loss of productivity and potentially the loss of new recruits in the field that could bring in new grant money. That's simply not acceptable.

Harassment isn't just an issue in one field, or just in STEM, it's a larger cultural issue that we need to overcome. By our community stepping up to this challenge and implementing strong anti-harassment policies, we can help lead the way in combatting this larger cultural issue. Be the change...

I think one of the highlights in my career has been helping future scientists progress in the field. This past American Astronomical Society Meeting, I ran into my former intern, Ellen Price. She was a high school intern while I was at UAB as a graduate student, as she had this great love of science, so I knew she'd go far and kept pushing her beyond what I'd normally expect from a high school student. At AAS, she was presenting her poster on characterizing potential exoplanets and I discovered that not was she about to graduate from Caltech with her undergrad degree, but she's be going to graduate school at Harvard to work with Dr. John Johnson, who I am currently serving on a committee (the AAS Committee on the Status of Women in Astronomy) with. She was exactly where she deserved to be, and it was amazing to see her succeed.

Another proud moment was when my mom and aunt came to NASA Headquarters to watch me receive the Special Service Award last year. They've dedicated so much time and energy into helping me, and my success is just as much their success.

In terms of my own scientific endeavors, I was a participant in the NASA-Nordic Astrobiology summer school in Iceland and spent 17 days learning about water in our universe. We climbed to the top of Eyjafjallajokull, and the lava was still smoldering from the 2010 eruption. Among the lava, we found a baby fern growing. Life can be amazingly resilient some times, and reminders like that make science all the more amazing.

I've actually taken a non-traditional career path (going from scientist to program management so early in my career), so I'd tell them that it's okay to not want to be a tenure-track professor, and to do what they really wanted to with their career. Also, to realize that rejection is a part of this job (I've never met any scientist who has gone through the grueling task of grant and/or journal article writing without rejection at one point in their career), but to focus on the positive and keep your chin up. Also, finding a good support system and mentors will be invaluable, so work to surround yourself with the right people. And to remember those who helped you get to where you are. Lastly, the words that I truly believe have helped me succeed the most in program management are 'please' and 'thank you'. Respect the community you work with and the people around you.

I'm a distance runner and was an athlete through college. I'm actually training now for the Marine Corps Marathon in October, so running is my go-to activity outside of work. I am also looking into my next adventure after that... maybe I'll climb Mt Kilimanjaro?

Also, I like to think I'm becoming an awesome cook. My friends and family may argue the level of awesomeness to which I have achieved, but I make an amazing Cornish hen and some fantastic lettuce wraps.

I was recently at an outreach event centered on getting minority girls into STEM (The Every Girl Can Conference) and the panel I was participating on was asked if there was one way we could persuade the girls in the room to join our field, how would we do that? It was an unfair question, because an hour before that I had shown the girls lunar soil samples. So my answer was simple: 'who doesn't want to carry the occasional moon rock?' The room erupted with excitement. It's hard to compete with moon rocks...

If they were interested in STEM, I'd tell them to go for it and drown out the nay-sayers. This field is full of wonderful opportunities and through the research we do, we're understanding the basics of how our world, our solar system, and our universe work. What's more amazing than that?