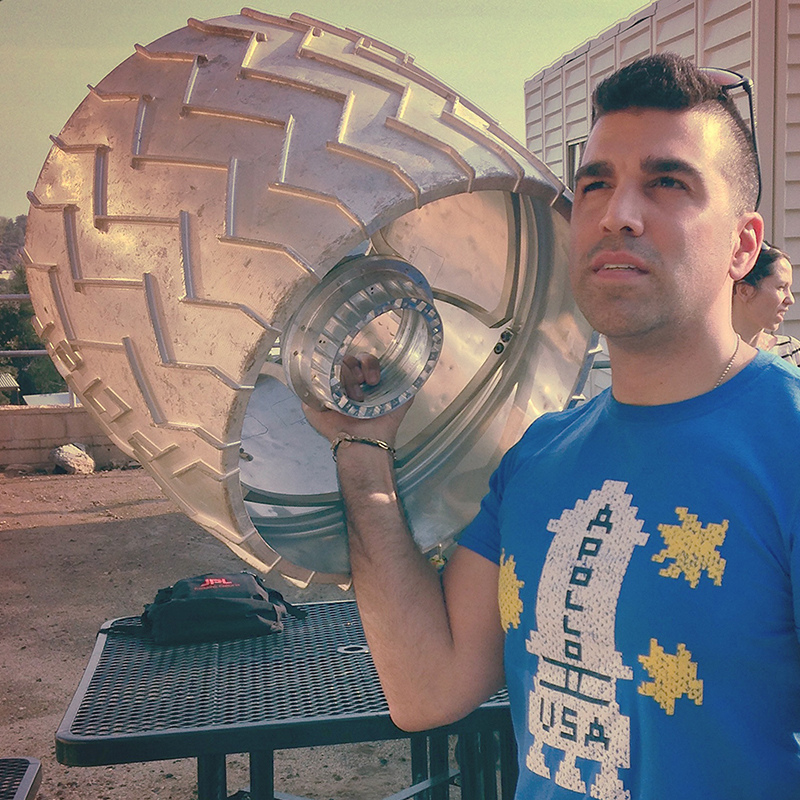 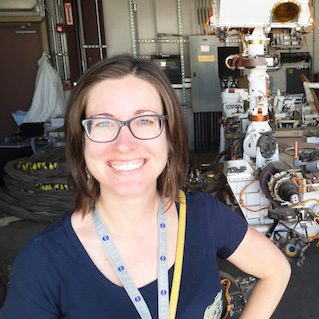 How did you get involved with the mission?

I started on the mission when I was a junior at University of Arizona, studying visual communications. The mission had an opening for a part-time graphic artist. I applied, interviewed, and was hired. When I graduated with my bachelor of fine arts, I was hired full-time and Ihave been with the mission ever since.

What attracted you to the job?

I’ve always been interested in science. When I was younger, I wanted to be a marine biologist. And I’ve always had an interest in space. But I decided to pursue art in college. When I saw this job announced, and learned more about the OSIRIS-REx mission, I was immediately drawn to it. This position has the perfect mix of art and space science.

What is the Graphic Designer responsible for on the mission?

As a part of the Communications and Public Engagement team, I collaborate with scientists to create the graphics and materials that explain OSIRIS-REx to the public. This includes infographics that describe what’s happening on the mission and the science behind that. I also create graphics that visualize what we can’t see from Earth: the spacecraft around the asteroid. And I design OSIRIS-REx’s commemorative poster, which is released with the mission’s major milestones each year.

What’s your favorite part of the job?

I really like the challenge of visually depicting the science of the mission and getting to show people things that we can’t see. For example, I created a graphic showing the spacecraft during sample collection. So, to communicate what that scene will look like in real life, I worked with our scientists and engineers to gather the technical details of the collection maneuver, as well as the theorized science data from Bennu, to visualize the event and its surroundings as accurately as possible.