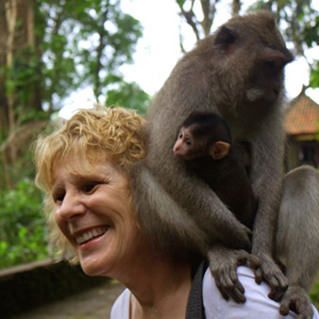 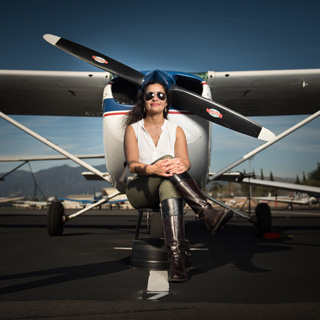 Why do you have more than one job title?

I’m in two camps on the mission. In one, I’m a member of the science team. As such, I’m leading astronomy observations from the spacecraft that are very similar to what we did when we studied the asteroid from the ground: measuring Bennu’s color, brightness, rotation rate, and any hazards that might be around the asteroid, such as dust and natural satellites. I’m also a member of the science planning team, which means I have the privilege of not only collecting data from the spacecraft, but working on data that I personally helped plan.

You proposed Bennu as the target of the OSIRIS-REx mission. How did Bennu appear in your orbit?

In 1999, I was working for Catalina Sky Survey, hunting for unknown near-Earth asteroids and comets. At the same time, Lincoln Near-Earth Asteroid Research project in New Mexico discovered 1999 RQ36, now called Bennu. Fast forward to 2005. The early OSIRIS-REx team was considering a number of targets. In September 2005, Bennu was flying past Earth and got pretty bright. I was able to observe it and very quickly discovered it’s a B-type asteroid, meaning it’s carbonaceous and may have, or had, volatiles. In a day or two, I fired off an email to Mike Drake, the principal investigator at the time, and Dante Lauretta, the principal investigator now, and said ‘Hey, let’s look at this one as our potential target.’

You took a non-traditional path to your current job. What was it?

I kind of limped out of my undergraduate career with a degree in atmospheric sciences. But I didn’t spend a single minute of my life working professionally in atmospheric sciences; it’s always been in astronomy. When I left the Catalina Sky Survey around 2002, I decided to try grad school, even though my undergraduate grades were pretty bad. I ended up not finishing grad school due to anxiety issues that really come out when I’m in a school setting. But I was able to take Dante’s cosmochemistry class, one of his first as a professor here. He knew that I was doing asteroid work, so when the mission popped up and they needed an asteroid astronomer, I was one of the few people at Lunar and Planetary Laboratory at the University of Arizona going to the telescope every month and characterizing asteroids. They had a list of objects and asked, ‘Hey, can we go to any of these?’ That’s how my OSIRIS-REx journey started.

What are you excited or anxious to learn about Bennu, given you’ve been studying it for so long?

I’m really interested in seeing what this thing looks like. When you’re observing with a telescope, you see it as a dot. It doesn’t look any different than distant stars or other asteroids. So when it actually becomes its own little world, it’s really exciting—and almost a little sad. Up until that point, it can be anything. And now, there it is and that’s it.