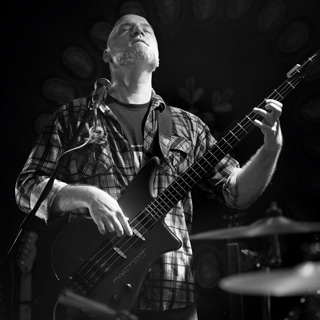 I'm from a small town in the heart of Texas called Fredericksburg.

Growing up in Texas, I had the privilege of looking up and gazing at dark night skies. When I was little, I used to go out on my front lawn, lie on a blanket, and stare up at the stars wondering if I was alone. My parents noticed my interest in the stars, and when I was in middle school, they took me on a camping trip to McDonald Observatory in West Texas. I thought I had seen all the stars there were to see, but when I got there, I said "WOW!" The stars literally lit up the sky and the milky way looked like a long cloud filled with light streaming across the sky. It was that moment, when I was 12 years old, that I felt truly connected with something WAY bigger than myself. I knew then that we couldn't be alone, and I wanted to help find other life out there in the bright sky.

Creating something and watching it take flight was the coolest thing I had ever seen.

When was in 8th grade, I got to see Spirit and Opportunity land on Mars. That and my fasciation with the stars drove me to take a class in high school called Principles of Technology. It was a class where we learned about physics by building rockets! It was a hands-on class and although I was super excited about learning how to build rockets, I was also intimidated by the lack of girls in my class. After a couple of months of building rockets, I was SO hooked that not having girls in my class wasn't even a thought! Creating something and watching it take flight was the coolest thing I had ever seen. I never wanted to stop problem-solving. When I was a junior in high school, I applied to the Aerospace Engineering department at the University of Texas (UT) and got in! While at UT, I had internships at Johnson Space Center, SpaceX, and the Jet Propulsion Lab (JPL). I loved them all but chose JPL to work full time and since I started working in August 2013, I have loved every minute!

My high school teacher who taught and created the Principles of Technology class, Brett Williams, is who inspired me. He never gave me the answer to any question I had. He always encouraged me to look up answers or call up companies and ask questions. I wasn't naturally brilliant so I learned to feel comfortable asking lots of questions. He believed in me when I didn't believe in myself. He inspired me to reach for the stars when I doubted if I would even get close to them. I now have reached Mars and am excited to see where else I can go!

What is a flight director?

A flight director is a systems engineer. Instead of knowing a lot about one system, we know a good amount about all of the systems on the spacecraft. We make sure that the spacecraft is healthy and happy as we plan the science activities. Flight Directors are also in charge of all activities when uplinking them to the spacecraft. We have the final say on when and if sequences can be uplinked, even over the president!

Opportunity was designed to live for 90 days in the harsh Martian environment but she is still exploring now 11 years later! Because of her age, software and hardware components are degrading on the vehicle and more recently, the flash memory. I had the incredible opportunity to lead the team to figure out how to solve these flash problems and get Opportunity back into an operational state. We were in the midst of testing the new flight software in the test bed when our Project Manager, John Callas, walked into the room. He asked me if I wanted to be interviewed by CBS Evening News on these flash problems! I, of course, said "ABSOLUTELY!" Sitting there with CBS News getting interviewed was by far my favorite moment! Not only was it cool to be on the national news; it was even cooler that my work was important to the whole nation!

Engineering is all about problem solving! Exercise your problem solving skills by solving puzzles or doing thought exercises with your friends or brothers/sisters such as "if you were planning a trip to Mars, what would you bring?"

I love hiking, yoga, and cooking! I love hiking because I love to go outside and explore, yoga for exploring within myself, and cooking for creating new recipes and flavors!

Applying what you learn in school to something you can create with your own two hands is SO important. Try to incorporate as many hands-on projects and crafts as you can! Create, build, discover, and explore something new and interesting to you when you are hanging out at home on the weekends or in the summer. It just might help math, science, and engineering make more sense!