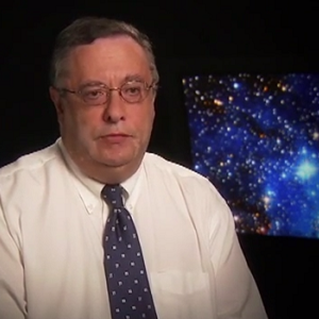 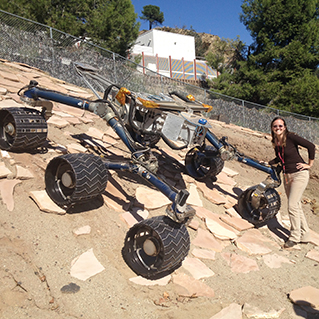 I was born and raised in the beautiful city of Split, Croatia, on the coast of the Adriatic Sea.

My first personal connection with outer space was the first time I became acutely aware of the night sky -- I was no older than six at the time. I was lucky that the night sky where I lived was absolutely glorious, due to the fact that my hometown was relatively small and light pollution was not an issue.

I was also lucky that my mom knew quite a few things about astronomy (although she is not a scientist). She would explain to me some basics about the stars, the Milky Way, the vast distances of space, even a bit on the ultimate destiny of our Sun. From that moment on, I was hooked on anything space-related.

I even made my parents take me to join the local amateur astronomers club when I started elementary school. Unfortunately, I was told that there were no astronomy programs for a 7-year old and that I should come back when I was a bit older (which I did).

I was told that there were no astronomy programs for a 7-year old and that I should come back when I was a bit older (which I did).

It was not a straightforward path for me, because obviously, my starting point (a small country in southeastern Europe) did not have anything that even remotely resembled a space program. I cannot even say that I hoped or planned that I would be working for NASA someday (although my dad always jokingly said that nothing short of NASA would do for me).

In my home country, I had access to an excellent natural sciences education from an early age and I pursued a very specialized path that led me to study physics. I received my undergraduate degree in physics from the University of Zagreb in Croatia in the department of the Faculty of Science. After that, I came to the United States to continue as a graduate student in physics at Duke University.

Throughout my education I was very active in amateur astronomy, especially with meteors and variable stars. Physics was my training, astronomy was my hobby. It was only after graduate school that I started to think that I should make my hobby, my career.

However, this was not the easiest thing to do. As a physicist, I was a bit too much of a "black sheep" to the astronomers, and I had to wait a few years before I could submit my resume to NASA's Jet Propulsion Laboratory (JPL). I was a Caltech postdoc at the time, working on some very non-space stuff, and I was lucky that the group supervisor of Solar System Dynamics at JPL Don Yeomans decided to give me a chance. Shortly after I started, the late JPL astronomer Steve Ostro also gave me a chance to try my skills on radar observations of asteroids. I've been at JPL since 2007 and I've been having a blast.

I grew up watching the famous astronomer Carl Sagan and his Cosmos series. That show (and book) really had a profound influence on me.

What is a physicist?

For me, being a physicist is a set of skills and a way of thinking that I use when I solve problems. The research that I do is very diverse, but I like it that way. I currently work on near-Earth asteroid research where we use the Goldstone and Arecibo radar telescopes to study asteroids.

I also work on the orbits of outer planet satellites. One of the great perks of working at NASA is being able to participate in space missions. I've recently joined a hazard team for the New Horizons mission that is headed for the first encounter with the Pluto system. Our team has to make sure that the path of the spacecraft is clear of any unexpected small satellites. I'm very excited to work so closely on operations vital for the mission's success and I cannot wait to see the flyby data from the Pluto system and later on, the Kuiper Belt.

This was back in 2009 when my good colleague Lance Benner and I were looking at the first radar echoes from a near-Earth asteroid called 1994 CC.

As is the case with most asteroids that we observe at Arecibo and Goldstone, not much was known about this asteroid except a very rough estimate of its size. As soon as the first radar echoes were received by our antenna at Goldstone, we understood that this was a very unusual asteroid: it had two small moons orbiting it. This was only the second time that such an object was observed in the near-Earth population.

First and foremost, never listen to anybody who tells you what you can and cannot do. Second, never pass up an opportunity for an interesting research project even if it takes you out of your "comfort zone." Careers span many decades these days and you want to remain curious and to keep on growing as a researcher.

I like to travel. I guess that after my home-town, my favorite city is London. I also enjoy reading Sci-Fi. My favorites are the works of Alastair Reynolds, Greg Bear, Louis McMaster Bujold, and many more.

I would advise students to start building their skill sets (engineering, physics, math, computer sciences) as soon as possible.

Furthermore, I would advise them to find a field that they love as opposed to like. Only love will give them the fuel needed to push through all the challenges on a long career road ahead.