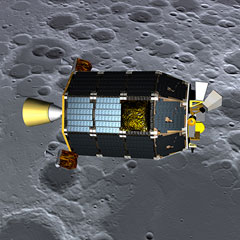 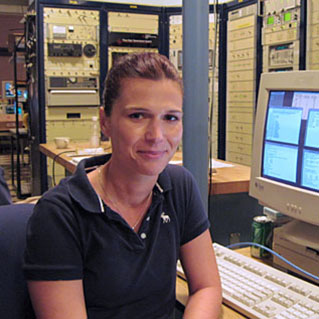 I was born in a small town in northwestern Spain called Ortigueira. As a teenager, I moved to New York City to live with relatives and attend college.

Similar to many kids, I was very interested in space, aviation and science in general. I remember following NASA's space missions and, in particular, the first manned missions. Of course, I wanted to be an astronaut, and I did apply with very little hope (I did not meet the eyesight requirements of the time). That particular astronaut call was cancelled, but I did not reapply. In retrospect, perhaps I should have, in spite of my poor eyesight.

Knowledge of science and engineering is fundamental, but, just as important, is to make sure you can be a good member of a team. Space missions are the result of teamwork requiring the efforts of numerous participants, and you need to make sure that you can contribute not only as an individual, but as part of the team.

After college, I pursued my interest in aviation and acquired a job as a program manager at the Federal Aviation Administration (FAA) Technical Center in New Jersey. I ended up doing lightning protection of aircraft. This was quite thrilling, especially when we flew into thunderstorms for lightning-strike tests. Later, I transferred to FAA Headquarters in Washington, D.C. as a science advisor. From there, I only needed to cross the street to reach NASA headquarters.

All the great scientists were an inspiration to me from an early age. I would enjoy reading about their lives and discoveries. The challenges of space flight (manned and unmanned) continue to be an inspiration to me, as well as the dedication and hard work of all my colleagues at NASA.

What is a Program Executive/Scientist?

I work as a program executive for MESSENGER and Dawn and scientist for several planetary missions, including a number of international collaborations Rosetta, BepiColombo, Akatsuki, and Hayabusa, for example).

The PE has several complex roles, but perhaps a short description would be that she/he is mainly an interface between Headquarters and the centers. She/he makes sure that the projects are executed according to the appropriate NASA guidelines.

Critical mission events are particularly exciting. These are the moments that take place during a mission which could make a difference between success and failure.

Of course, there are many of these moments in every mission, and so I hesitate in naming just one, but the landing of the NEAR spacecraft on asteroid Eros was one of those moments. As was MESSENGER orbiting Mercury, Dawn at Vesta, and many, many more.

Knowledge of science and engineering is fundamental, but, just as important, is to make sure you can be a good member of a team. Space missions are the result of teamwork requiring the efforts of numerous participants, and you need to make sure that you can contribute not only as an individual, but as part of the team.

Reading is one of my favorite fun-things. I read mainly science and ancient history articles and books -- Celtic history and mythology are my particular favorites. I also enjoy music -- mainly bagpipe music ... I have my own bagpipe, but I do not think you would want to hear me play.

Try to pick an area of interest to concentrate on. A general science and engineering education is fundamental, but it has become such a vast field of study that it requires as much specialization as possible.