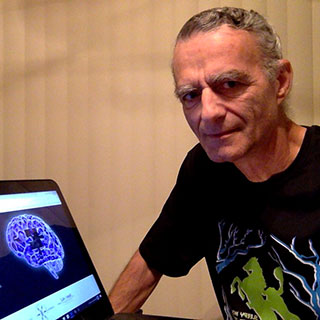 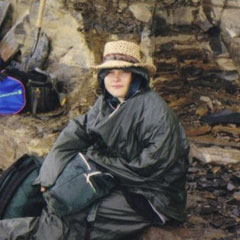 I am originally from Tunisia, a beautiful country on the southern shores of the Mediterranean Sea.

Remember that beyond the complex mathematical tools often lies a simple and elegant scientific explanation.

Since my childhood I have been fascinated by outer space. I don't have a clear memory of when it all started, but I am sure that the hot summer nights in my native country, as well as the absence of pollution from city lighting acted as a catalyst for me. Tunisia's rich and beautiful night sky is one of the best you can see with the naked eye.

My passion for the night sky and for outer space was formalized a few years later when I officially joined the astronomy club in my hometown.

After completing a degree in electrical engineering, I decided to pursue my passion for space science by enrolling in the Ph.D. program of the space physics graduate school in Toulouse (France). I graduated a few years later with a doctorate in space sciences and technologies. I then joined NASA's Goddard Space Flight Center (GSFC) as a National Research Council (NRC) postdoctoral fellow.

My undergraduate and my doctorate degree advisers were great sources of inspiration for me. They inspired me to pursue a career as a space scientist. The mentorship that they provided went beyond just helping me learn how to use my academic skills in order to answer scientifically complex questions. They actually helped me to realize and appreciate the significance of space research as a human endeavor.

What is a planetary scientist?

A planetary scientist is a scientist who specializes in studying the planets and small bodies of the solar system (formation, dynamic, composition of their interiors, surfaces, atmospheres, etc.).

My favorite moment was when we received the first data transmitted by the Sample Analysis at Mars instrument onboard the Mars Science Laboratory (MSL) Curiosity rover from the surface of Mars. It had taken many years to design, build and fly this very complex instrument. I like to call the thrill sensation that I felt at that very moment: the "IT WORKS!!!" feeling.

I would advise following the three "P's:" Be Passionate. Be Patient. Be Perseverant!

I am a commercial pilot. I never miss an opportunity to get off the ground and gain altitude.

Remember that beyond the complex mathematical tools often lies a simple and elegant scientific explanation.

NASA -- The Quest for Answers with Mehdi Benna