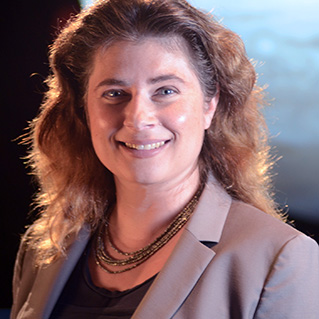 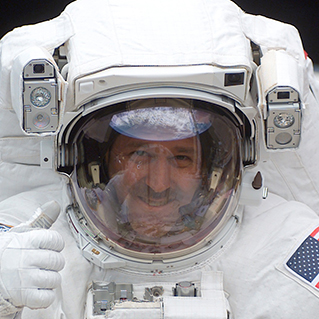 I remember watching one of the Moon landings on television with my parents when I was about three years old. Even at that age I could sense the immenseness of the event -- I wanted to go with them. Also, my father had been a part of the Gemini and Mercury missions and I think I naturally picked up on his excitement.

Whether anybody ever knows my name or not, they'll see my tracks -- I guess I made my mark on Mars!

I have spent most of my life trying to study space in some way. When I was younger, I wanted to be an astronaut, but I quickly discovered that astronauts should not be prone to motion sickness. (Carousels still sometimes make me dizzy!)

In college, I studied physics and astronomy, but the Voyager 1 and Voyager 2 planetary missions soon captured my attention, and I realized that the best way I could contribute to exploring the solar system was to help build the spacecraft that we send out there.

I have been inspired by so many people. My parents always encouraged me to challenge myself and never give up on my goals. I was lucky to have many wonderful science teachers throughout my education as well. I was also greatly inspired by Carl Sagan, Buzz Aldrin, Sally Ride and Richard Feynman.

What is a Robotics Software Engineer?

I am a robotics software engineer. My favorite job title is Mars Rover Driver. Being a Mars rover driver is like trying to drive a car using a computer program. We have to define very precise paths with distances and directions or use its auto navigation function, which allows it to reach goals on its own, all while ensuring its safety. The real challenge is figuring out how to translate what we want it to do into step-by-step instructions, then run the commands in simulation and see what it does.

The best thing about working on Mars Exploration Rovers (MER) is working with the rest of the team. It's such a rare opportunity for me as an engineer to work with scientists and other engineers and feel like I'm making a real, significant contribution to furthering science and our understanding of our solar system and the Universe. And whether anybody ever knows my name or not, they'll see my tracks -- I guess I have made my mark on Mars!

There are so many wonderful moments. If I had to pick one, it would have to be looking at the images that came back from Spirit after the first drive that I had planned and seeing the tracks that I had helped Spirit make while climbing up to the top of Husband Hill, with the spectacular vista of the valley below. I felt like a true explorer.

The best advice I have may sound cliché, but that's only because it's true: Don't give up, work hard and continue to take on new and interesting challenges. You never know what opportunities you may come across. And there's no magic to becoming a planetary scientist or engineer -- just motivation, dedication and lots of teamwork.

For fun, my favorite activities are travel, reading and theater -- I'm an active member of the California Institute of Technology's (Caltech) drama community. I enjoy both acting and working behind the scenes.

This piece of advice will sound odd at first -- but don't forget your English classes. The greatest scientists and engineers are not only those who are excellent in their fields, but also those who can successfully communicate their discoveries and inspire others to follow in their path. Writing and speaking are key skills for a career in the sciences and engineering.

Meet the First Woman to Drive on Mars