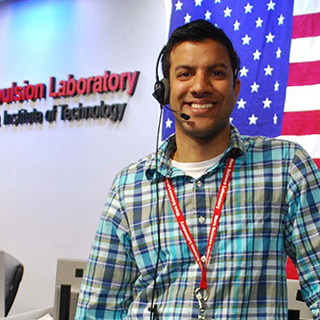 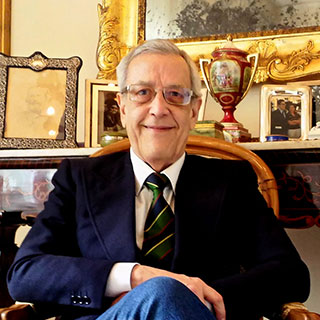 With that one image, Venus had my heart and my mind. I was bitten—or was it smitten—I think it was love at first sight.

I grew up in the Twin Cities area of Minnesota.

My family and I were taking a road trip out west with an end-goal of seeing Yellowstone National Park, I think. I remember we were traveling at night and that we could either take a rather straightforward highway route, or a road "less traveled." My dad decided on the later (I was miffed about his decision; I was tired and the night seemed endless on that road). In the car, my mind wandered until suddenly, and abruptly, the car stopped. My mother and father pulled me and my siblings all out of the car, turned off the car headlights and directed us all to look upward at the most incredible sky! It was filled with the brightest and highest density of stars I had ever seen, and perhaps will ever see! That experience took me off this planet, and forever expanded my world. Even though, I had looked skyward many a time before that night, this marks my first true experience of being in awe of the heavens.

I first became interested in space science -- and planetary science in particular -- while chatting with some Ph.D. students and postdocs who were sharing with me their excitement about NASA's upcoming Magellan mission to Venus. These students were working with a colleague of mine (Roger Phillips) at Southern Methodist University in Dallas, Texas.

They were explaining to me (from a geophysical perspective) the rheological model of Venus' crust or lithosphere (strong, weak, strong). They cited that some researchers thought (from a geological perspective) that the equatorial region on Venus was similar to Earth's mid-Atlantic ridge; forming a major divergent plate boundary. This was based on the topography of the region. As a structural geologist interested in global-scale tectonics (and to date, "Earth-bound"), yet acutely aware of the role in of rheology in tectonic processes, the two views the students presented seemed contradictory to me.

You see, if we had a planet with a continental crust-like rheology and were able to pull it apart, we should not get a mid-ocean spreading center. We should instead get continental extensional terrain similar to that in western North America.

Therefore, it seemed to me that one of the views was likely incorrect, and perhaps both views were flawed. I shared my skepticism with the students and soon after I was talking at greater length with Roger Phillips. That wonderful puzzle piqued my interest in Earth's sister planet -- I needed to know more.

When Roger received the first Magellan images my interest in Venus exploded. One of the first images I saw of Venus was a region in the northern hemisphere: Itzpapalotl Tessera. Itzpapalotl Tessera looked to me then (it still does) like a fantastic example of huge regional-scale shear zone fabrics marked by S and C fabrics, a distinctive and elegant microstructural fabric that develops in rocks in ductile shear zones.

With that one image Venus had my heart and my mind. I was bitten -- or was it smitten -- I think it was love at first sight. I realized then, and even more so now, that perhaps one of the best ways to learn about the dynamics and evolution of our own precious planet was to study the other planets.

I went on to write a research proposal to the NASA Venus Data Analysis Program, which was selected for funding -- and I was off on a wonderful ride to a new planet with structural and tectonic adventures.

What is a Professor?

A professor is someone who gets to learn constantly. They teach, they research, they puzzle, they propose, they are wrong, they discover, and, hopefully, they are an advocate for students and for the processes of learning and discovery.

I love to learn, and I love to help others learn. Discovering something myself, and watching another person discover a concept (even if others are already aware of the concept) puts a smile on my face I just can't wipe off.

Roger Phillips and I shared an incredible "moment" when we put together aspects of Venus' geology. We made connections between the core-mantle boundary, the large-scale surface features and evolution through time. We were able to construct a sort of whole-planet paradigm (Science 1998). Since then, our new detailed (but global!) geologic mapping has shown some aspects of the global hypothesis to be quite wrong -- while other aspects of the hypothesis "survive and evolve," with new major pieces of the puzzle falling into place ... but for how long?

My advice is two-fold and seemingly contradictory:

One, follow your heart. And two, be flexible and ready to jump into opportunities, even if at first blush the particular opportunity might not be your first choice. Once in the job, don't look back. Don't question what you should have done. Instead, make the most of the opportunities that are open to you. I like to view an opportunity the same way a little kid would view a candy shop: be excited and anticipate that good things are in store for you. Explore the various different directions in which you could go, but finally, honestly put "your all" into the job, and work as hard as you can.

Also, in looking for first jobs, look quite broadly and do not rule out what you think you might not like to do. Perhaps it's my ignorance, but I have found that in so many opportunities there was so much more richness than I ever could have expected from reading the job description. I hope that your ride is as wonderful as mine has been.

Canoeing, kayaking, biking, Nordic skiing, rollerblading, walking with friends -- not all at the same time or even in the same season. I do enjoy taking walks in the woods, along the edges of rushing creeks and along the majestic Lake Superior. I also love to travel, although I haven't traveled near as much as I would like to. I like to spend time in my natural gardens, where I am awed day after day by the simple beauty of botany and bugs. I am an avid potter: I get to play with rheology, metamorphism and fire.

Follow your passion and open your mind; there is more to discover than you can possibly imagine. Do not be concerned with being right, embrace being wrong, and appreciate how that leads you to further discovery. You can only learn what you don't know, so don't hide what you don't know -- question, question, question. And never forget that nature is more incredible than what we could ever make up. Oh, and revisit your assumptions daily ... your view of them just might change.

Interview on Vicki Hansen by the Women in Planetary Science Website