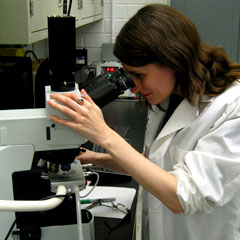 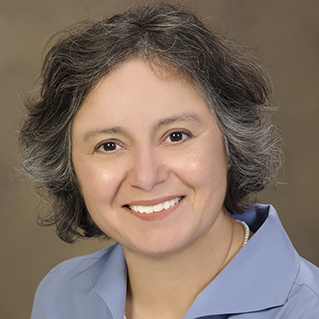 Watching the first Moon landing from the Wright Brothers National Memorial in Outer Banks, N.C. They had huge screens set up for the vacationers to watch it live.

With a strong technical education, there are endless numbers of fascinating areas you can work in. And even though technology will change and brand new fields that we haven't even heard of yet will emerge after you are finished with school, having this technical foundation will open many doors for you in the future.

My first job after graduating from Purdue University was as a computer programmer at the Laboratory for Applications of Remote Sensing (at Purdue). I did not know what remote sensing was when I got the job, but quickly found out and switched from programming to other aspects of research and applications with satellite data.

One of my early assignments was to manage the remote terminal network -- users from all over the country, as well as international users, would dial in to our computer system to access specialty remote sensing analysis software. (This was WAY before cloud computing and web apps!) After a few years of working at Purdue, I moved to California and got a job at NASA Ames, in the Earth Science Research Branch which had been a client of our remote terminal network.

My high school geometry teacher. One day, he told me that I was "good in math." This astonished me, but gave me the inspiration and the direction to major in mathematics at Purdue -- majoring in math enabled me to get that first job. I have no idea what I would have majored in if he had not said those words to me!

What is a Program Executive?

Program executives are assigned to spacecraft development missions in the Science Mission Directorate (SMD). We represent the mission at NASA Headquarters (HQ) and to all of the stakeholders who continuously need data and make decisions about the mission. We serve as an advocate and an enforcer for each mission, which may be under development at a NASA field center or other external organization or in science operations. We continually oversee the progress made by the mission. We also ensure that the mission has access to all of the resources they need, and are prepared for the various stages of development and gate reviews between phases. We are the mission's eyes, ears and legs at NASA HQ. Currently, I am the Program Executive for LADEE, JUICE (the European Space Agency's JUpiter's ICy Moons Explorer), and Europa Clipper.

1) Leading a task to research and develop applications and then teach Robert Mondavi Winery staff to use satellite and aircraft data to monitor the development of phyloxera, a root louse, that was destroying Napa and Sonoma vineyards. It was such a non-typical NASA effort at that time, and the public was amazed that NASA would help in this area. It was very rewarding to be a part of this project.

2) Leading a project to test newly developed thermal protection materials on a Minute Man missile. We found a very inexpensive piggy-back ride on a test missile from the Air Force, which allowed us to perform the experiment at a small fraction of the costs of other opportunities to test in space. We flew twice: The first time we did this, it only took us five months from getting the project funded to actually flying the test aboard the missile. I am still very proud to have accomplished this. We couldn't have done it without our partners from the Sandia National Laboratory.

Don't be afraid to try new areas. I was in the Earth sciences remote sensing area for 15 years before venturing out. Even though my first step into a new area was not fulfilling, it taught me that I could enter a new area, learn, contribute and succeed.

Since then I have had the opportunity to move around a fair amount, and each experience has been valuable. Sometimes the politics can be a bit ugly, but going through difficult times allows you to appreciate the good times even more. Regardless of how well-balanced your work- and non-work life is, you will spend many, many hours/weeks/months/years on the job, so make sure you enjoy it enough to want to come to work (nearly) every day. And if you end up in a job where you don't look forward to coming to work, it is time to make a change.

I am one of those people who enjoys exercise: I run a few half marathons each year with friends, which is a lot of fun.

My husband and I started taking horseback riding lessons together every week two years ago, which is fun. This has led to several Dude Ranch vacations. Galloping through open fields of wild lilies and jumping over streams is quite thrilling!

I also enjoy the Washington D.C. live-theater offerings quite a bit, and kayaking and paddle boarding when I get a chance.

With a strong technical education, there are endless numbers of fascinating areas you can work in. And even though technology will change and brand new fields that we haven't even heard of yet will emerge after you are finished with school, having this technical foundation will open many doors for you in the future.