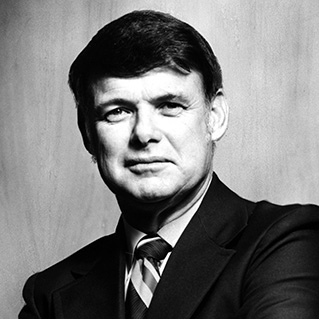 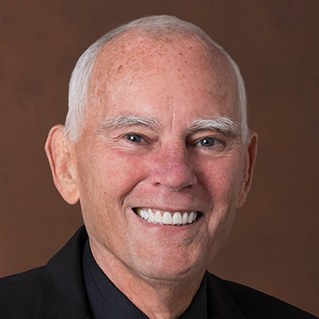 Editor's Note: Dr. David S. McKay, passed away peacefully in his sleep in the early morning hours on 20 February 2013. He was 77.

David S. McKay was the chief scientist for Astrobiology at the NASA Johnson Space Center. During the Apollo program, McKay gave the first men to walk on the Moon training in geology.

In recent years, McKay was perhaps best known for being the first author of a scientific paper postulating past life on Mars on the basis of evidence in martian meteorite ALH 84001. This paper has become one of the most heavily cited papers in planetary science. The NASA Astrobiology Institute was founded partially as a result of community interest in this paper and related topics.

McKay studied lunar dust since the return of the first Apollo 11 samples in 1969, and has contributed over 200 publications on this topic.

As a graduate student in geology at Rice University, McKay was present at President John F. Kennedy's speech in 1962 announcing the goal of landing a man on the moon within the decade. Kennedy's speech inspired his interest in helping to train the Apollo astronauts in geology. He was a chief trainer for Neil Armstrong and Buzz Aldrin during their last geology field trip in West Texas. On 20 July 1969, McKay was the only geologist present in the Apollo Mission Control Room in Houston when Armstrong and Aldrin walked on the moon.

McKay studied lunar dust since the return of the first Apollo 11 samples in 1969, and has contributed over 200 publications on this topic. As a result of this effort, McKay contributed major discoveries, including the source of vapor deposition on lunar soil grains, the formation of nanophase iron globules on lunar soil grains, the processes on the moon that contribute to grain size distribution, and insight into space weathering and the chemically activated nature of in situ lunar dust.

McKay was honored by the International Astronomical Union (IAU) by having an asteroid named after him in 2002. His IAU citation mentions his years of work on lunar samples as well as the positive effect his research on Martian meteorites has had on planetary research. McKay was also a recipient of the Outstanding Graduate Student Award at Rice University, the NASA Superior Achievement Award for Lunar Science Contributions; the Laurels Award from Aviation Week and Space Technology, the NASA Exceptional Scientific Achievement Medal, and the Distinguished Texas Scientist Award from the Texas Academy of Science.

McKay was with NASA for more than 47 years, and made substantial contributions to science during his career. He will be missed.