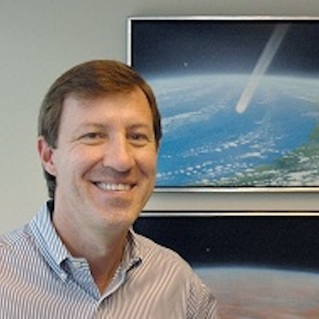 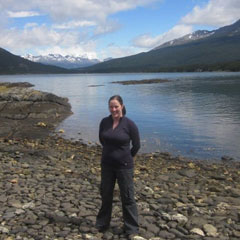 Editor's Note: Nancy Roman died Dec. 26, 2018, at the age of 93. The year before she died, she gave a series of interviews to NASA about her amazing career at the forefront of space science, parts of which are included in this profile.

As a child, Nancy Roman’s mother took her on walks to show her flowers, birds and trees. Her mother also pointed out constellations. It was those stars in the night sky that grabbed Nancy’s attention. The woman who would become known as "the mother of Hubble” said she had decided by seventh grade to become an astronomer. She succeeded. Roman received her doctorate in astronomy from the University of Chicago in 1949. A decade later, she started working at NASA, where she became the first chief of astronomy in the Office of Space Science, and the first woman to hold an executive position at the space agency.

I was born in Nashville, Tennessee, but I lived in a number of places. In 1937, I moved to Baltimore, where I attended junior high and high school. I lived there for five years before leaving for college (it was my longest home before college). After 1955, I lived in the Washington, DC, area.

I’ve been interested in it as long as I can remember. I blamed my mother because she used to take me out and show me the constellations and the Northern Lights, things like that. I told her this a little while before she died, and she was shocked. She said, “Well, I also took you out and showed you the birds and the trees and the flowers.” And I remember that — I remember her taking me out on long walks and showing me things, but they didn't stick — the astronomy did.

I think I just was fascinated. Between fifth and sixth grades, I organized my friends into an astronomy club to study the constellations. And by seventh grade I’d decided I wanted to be an astronomer, and I was going to try for it. I knew it was going to take me another 12 years of schooling, but I figured I'd try and if I didn't make it, I could teach physics or math in high school.

If you enjoy puzzles, science or engineering may be the field for you. Scientific research and engineering is a continuous series of solving puzzles. It is also a continuous process of learning new things, whether you discover them or study the work of others.

I didn't think I could get tenure as a research astronomer, and I didn't want to stay in research. I like teaching very much, but I didn't want to do just teaching. I didn't think I could stay in the academic community. I heard about a job in Washington at the U.S. Naval Research Laboratory working in radio astronomy — which was new in this country at that time. I decided that it had a lot of possibilities for galactic structure, which is what I was interested in at that time — the structure of the Milky Way.

I was right about that, but I was too early, because at that time radio astronomers in this country were expected to build their own instruments. I did not want to start over as an engineer — I wanted to stay in astronomy. I enjoyed the work, so I wasn't looking terribly actively for a new job. But when NASA came along and offered me a job I decided to take it.

A few months after NASA was formed, I was asked if I knew anyone who would like to set up a program in space astronomy. I knew that taking on this responsibility would mean that I could no longer do research, but the challenge of formulating a program from scratch that I believed would influence astronomy for decades to come was too great to resist.

Tell us about your role with Hubble. What did you do?

My role at Hubble was as program scientist. That means that I basically tried to sell the program. I did other things, too, but my major effort was trying to convince people that it was very well worth doing.

Astronomers badly wanted a large telescope above the atmosphere. So, they had a chance — Hubble was a great idea.

The National Academy of Sciences used to have a summer study in which they provided information to help NASA plan its program. One of these was in 1962. One of the people at the meeting had studied the Apollo booster and decided that it could carry a 3-meter telescope (about 9 feet in diameter).

I didn't do anything with it at that time. I knew how much trouble we were having trying to build a satellite to carry a 6-inch telescope. The idea of getting started on a 9-foot telescope didn't appeal to me.

But it did appeal to the aerospace companies, and it particularly appealed to a NASA center in southern Virginia (Langley Research Center). They had responsibility for the manned spaceflight program at that time. They thought this idea of a telescope above the atmosphere where a man could ride along looking through the telescope was just the greatest thing they could think of.

Of course, the problem was that the astronomers didn't want a man along at all, because a man needed to breathe, and we didn't want an atmosphere — that was what we're trying to get away from.

Also the man would wiggle occasionally and if you were taking a half-hour exposure — I don't care how carefully he tried to keep still — he isn't going to keep still for a half hour and every time he moved, the telescope would move. So, this did not make sense to the astronomers.

I decided that if the aerospace companies were going to put a lot of money into designing a telescope, they might as well design one that made sense.

I still thought it was a little early to get started on a 9-foot telescope. But, okay, if they're going to do it, we will do it. All I did was to bring together a collection of astronomers from all over the country and some NASA engineers, and get them to sit down together and come up with something that the engineers thought would work, and that the astronomers thought would do their job. That was really the beginning of the serious effort on the Hubble.

Beyond that, my job was trying to convince, first, NASA, and then the bureau of the budget, and the executive part of government, and then Congress, that was worth doing.

One of the stories that I like to remember is that Senator William Proxmire, a senator who was noted for laughing at projects that he thought were a waste of money, sent NASA a question: Why would the average American taxpayer want to pay for something as expensive as the Hubble?

I sat down, did the back of the envelope calculation, and came up with the fact that, for the price of one night at the movies, each American would receive 15 years of exciting discoveries.

I may have been off by a factor four, or maybe a little more. But even if it turned out to be a night at the movies once a year — I think we have had more than our return from Hubble in excitement.

Why are you called the “Mother of Hubble”?

Lyman Spitzer, an astronomer at Princeton [for whom NASA named the Spitzer Space Telescope], had been pushing for a telescope above the atmosphere for a long time. He did a lot to convince people that it should be done, and so he was known as "the father of Hubble.”

Ed Weiler [former head of NASA's Science Mission Directorate] said that if Spitzer was going to be the father of the telescope, I should be "the mother of Hubble.” Weiler was the one who called me that.

Tell us about your job as NASA’s chief of astronomy

As the chief of NASA's astronomy and relativity programs, I was involved with planning a program of satellites and rockets with the advice of a wide sample of the nation's astronomical community. I also administered a significant program of grants to support this astronomy, in both its execution and the understanding of its results.

What I liked most about being the chief of these programs was the many contacts I had with scientists who were on the forefront of astronomical research, and with the broad astronomical community in this country and abroad.

My career was quite unusual, so my main advice to someone interested in a career similar to my own is to remain open to change and new opportunities. I like to tell students that the jobs I took after my Ph.D. were not in existence only a few years before. New opportunities can open up for you in this ever-changing field.

If you enjoy puzzles, science or engineering may be the field for you, because scientific research and engineering is a continuous series of solving puzzles. It is also a continuous process of learning new things, whether you discover them or study the work of others. Science, like all jobs, has its share of drudgery and boredom, but basically it is fun.

I certainly did not receive any encouragement. I was told from the beginning that women could not be scientists.

In high school, I asked my guidance counselor for permission to take a second year of algebra, instead of a fifth year of Latin. And she looked down her nose at me and sneered, “What lady would take mathematics instead of Latin.”

The first encouragement I got was in my junior year at college. The head of the physics department came up to me in lab one day and said, “You know, I usually try to talk women out of going into physics. But I think maybe — you might make it.”

That was my first encouragement.

It was probably my parents who inspired me most. My father was a scientist and answered my scientific questions, while my mother took me on walks and showed me birds and plants. She also took me out at night and showed me the constellations and the auroras.

One of my favorite moments in my career was when I realized I had discovered something important that no one had ever suspected. Upon careful inspection of low-dispersion spectra of bright stars similar to the Sun [these were usually photographic plates with the light from each star spread out in a small spectrum], I noticed that compared to the strength of the hydrogen lines [that is, the appearance of specific places in the spectra related to the presence of hydrogen], the strengths of the lines of other elements varied from star to star. When I divided the stars into two groups on the basis of line strengths — I noticed that the stars with the stronger lines moved around the center of the Milky Way in circular orbits, similar to that of the Sun. The others tended to move in more elliptical orbits, and to stray farther from the plane of the galaxy. This was the first indication that common stars were not all the same age. Because the other [non-hydrogen] elements are made in stars, it means they increase in abundance as stars die.