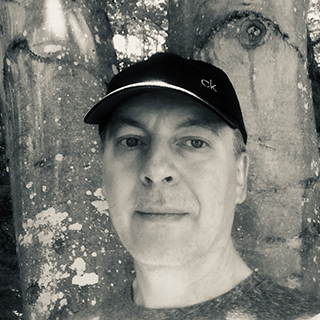 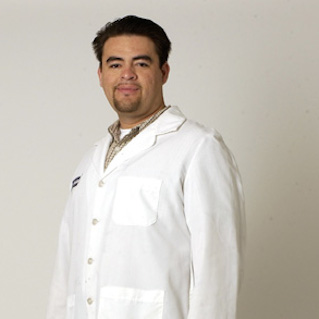 I'm not really from any one place. I've spent the most time living in Colorado and Arizona, both of which I really like -- Colorado for the mountains and pine forests, and Arizona for the beautiful desert.

I think there were two things that intrigued me. Carl Sagan's "Cosmos" was a big draw to planetary science and astronomy, as it was for many people. The other connection was through my mother's friends, Ed and Alice Stone. Dr. Stone is the project scientist for the Voyager mission, and when I was growing up the Voyagers were on their Grand Tour. The Stones sent us NASA lithographs of the different outer planets and their moons. I recall just being entranced by those images.

... I think this quote from [Carl Sagan] describes what inspires me most about what I do: 'Somewhere, something incredible is waiting to be known.

Choosing planetary geology was a very late decision for me, but it's one that's worked out really well and I love it. I was always intrigued by space science as a child, but I never really thought about a career in science because I was better at -- and more comfortable with -- English, social studies and those types of subjects. I didn't find science until I was a junior at Occidental College: I took a geology class to fulfill a science requirement and I enjoyed it a lot. The teachers there told me that I was good at geology and suggested I take another geology class. Ultimately, I ended up majoring in geology.

Later, I was looking for something to do one summer, so I applied for and received a Planetary Geology and Geophysics Undergraduate Research Program (PGGUR) internship at the Jet Propulsion Laboratory (JPL). That summer I spent eight weeks working with the Magellan team. I was involved in mapping Venus radar images, looking at volcano-tectonic features and trying to understand them. I was working with space flight data, and peripherally around people and meetings having to do with ongoing space flight operations from day one. Within that first week I realized that working with the Magellan data was the coolest thing I had ever done. I remember thinking "I'm one of the first dozen people on the planet to see these images of Venus. At the end of the eight weeks, I asked, "Can I stay?"

Then I was looking into graduate school. I was very fortunate in that I had people around me at JPL who I could go to for advice. They were really good about giving me the pros and cons of all the different places and potential advisors. In the end, I felt like Arizona State (ASU) was the right fit for me. It turned out to be a great experience.

At ASU, I worked with Phil Christensen and I was supposed to work on the Mars Observer mission's Thermal Emission Spectrometer. Unfortunately, Mars Observer failed to go into orbit just a few weeks after I arrived at ASU. So, instead, my dissertation was based largely on laboratory spectroscopy. Being able to do all that lab work for the Ph.D. set me up really well for my post-doc: working with Mars Odyssey's Thermal Emission Imaging System (THEMIS) instrument's dataset. (THEMIS is an imaging spectrometer.)

I am now a researcher at the Southwest Research Institute (SwRI) and in addition to being a participating scientist on the Mars Science Laboratory (MSL) mission; I'm the deputy instrument scientist for a thermal infrared instrument on the future New Frontiers mission: OSIRIS-REx. OSIRIS-REx will collect samples from an asteroid and return them to Earth.

What is a Planetary Geologist?

It's really just what it sounds like -- a geologist who studies planets (including Earth) and small bodies (like asteroids and comets), and who works on trying to understand their formation and geologic history. I'm particularly interested in the mineralogy and igneous processes/histories of planetary bodies. I started out studying volcano-tectonic features on Venus. Nowadays, my studies are primarily centered on Mars, although new directions include asteroid and meteorite compositional studies.

The main focus of my research is using the spectral features of minerals and rocks in the visible, near infrared and thermal infrared portions of the electromagnetic spectrum to identify and/or characterize the rocks and minerals on planetary surfaces. These data are useful because we can obtain them without being in contact with the planetary surface; we do this via remote sensing (the collection of data from instruments carried by aircraft or spacecraft). I'm also interested in how the compositions of rocks relates to their particle size on the surface and the processes that chemically and mechanically weather rocks.

I've had many great days when I felt like I'd made a scientific breakthrough, but usually science evolves over time rather than bursting out in a single "eureka" moment.

I have to say that some of my favorite moments have been spacecraft launches and landings. I've been fortunate to watch two missions to Mars launch from Cape Canaveral in Florida (Mars Global Surveyor and 2001 Mars Odyssey). There is no experience quite like a spacecraft launch. It's a tremendously emotional feeling of simultaneous exhilaration and sheer terror, compounded by the roar of rocket engines, which you can literally feel in your chest, even from several miles away. It's a great experience!

Certainly the landing of the Mars Science Laboratory rover Curiosity was also a favorite moment; very much like a launch: intense feelings of simultaneous excitement and fear.

I've been fortunate to work with many people who've inspired me with their drive, passion and love of planetary science. However, Ellen Stofan and Phil Christensen have probably been the greatest inspirations to me.

Although I never had the opportunity to meet Carl Sagan, I think this quote from him describes what inspires me most about what I do: "Somewhere, something incredible is waiting to be known."

Ask yourself what is it that you really like about what you're doing and what it is you don't like about it, and then try to find a position that enables you to do the parts you like. It's okay if you end up deciding, "I don't want to be a researcher. I don't want to have to write proposals. I don't want to have to write papers." That's okay. I think there's a stigma associated with either not finishing [a Ph.D.] or with finishing and then leaving academia, and that's unfortunate.

Also, talk to people and find out what options are out there. It's common for many people to become professors at big universities, but there are options to work at places like the Jet Propulsion Laboratory (JPL), the Applied Physics Laboratory (APL), Marshall Spaceflight Center (MSFC) or a research institute ... there's a lot of places where you can be a scientist without having to be at a university if you're not interested in teaching.

Or, if you are interested in teaching, but maybe don't want to be at a big research university, there are lots of community colleges that would love to have people who are doing some active research on the side.

Be open to options; there's no one pathway that's right for everybody.

I relax by getting outdoors. I especially enjoy going hiking (and snowshoeing, in winter) in the Rocky Mountains -- I love the smell of a pine forest. I also enjoy photography, particularly landscapes (goes great with hiking) and I'm oddly drawn to extreme close-ups of wildflowers. Recently I've taken up archery, which requires tremendous focus -- there's no room in my head for stress when I'm target shooting.

Well, there's all kinds of advice one could give any student, but mine would just be to find what interests you and pursue it; life's too short to have a career you don't love. If you go to work in the morning and you're looking forward to it because you're going to do something fun, then you've gotten it right.

This profile has been adapted in part from an original interview conducted by Susan Niebur for the "Women in Planetary Science" website. Read the full interview here.

Post on Vicky for the Women in Planetary Science Blog